As I entered the Sports Hall on Monday 7 October, I was met by dozens of Year 7 boys standing behind what looked like small market stalls, each selling something completely different! The Rosebowl Competition is a ‘quintessentially Blue Coat event’ according to Mrs Jarrett, Director of Marketing and Admissions.

The brief for the annual Rosebowl competition is for Year 7 boys to display their hobbies and their ‘out of the classroom’ passions, allowing each pupil to show and tell the Blue Coat community exactly who they are.

As I worked my way around the Sports Hall, I saw more and more truly individual hobbies and interests. First up, I met Harry J, who is an avid electronics expert. Harry had created a more-than-impressive looking motherboard set up with various wires leading to different elements. He had also programmed a robotic arm to remove and replace a wine stopper from a block of wood. I’m sure other members of staff would agree that this would be better suited as a kitchen gadget… Nonetheless, Harry had built and programmed these impressive bits of kit by himself!

I came across Allan P-M’s table next, and he had the most impressive array of medals, trophies and cups that I may ever have seen. Allan is a keen and, by the look of things, talented swimmer.

Next to him was Alex W, brother of the 2017 Rosebowl winner, who is a not-so-amateur photographer. Alex was displaying his work and the wide range of styles and subjects of his work was really impressive.

As I made my way around the Sports Hall, I spoke with various members of staff who told me ‘every year, there is such a broad range of boys’ hobbies, and that range is truly what makes this a quintessentially Blue Coat event’.

Perhaps one of the most unique of these hobbies was that of John L, who aspires to one day be an Air Traffic Controller. When asked how he would make his way into that industry, John said that he would ‘probably get a job at a local airport to start with, but then gradually work my way up to working somewhere like Heathrow.’ He went on to show me just how many airplanes are in the air at any given time, and told me that he listens in to the ‘pilot chatter’ on his own radio!

Zac G had two special guest helpers; his pet tortoise and his pet lizard! Zac was displaying his interest in herpetology, the study of reptiles and amphibians. As well as letting people hold his tortoise, Zac was telling fellow pupils all about how they live and how he cares for them. Just next to him was Edward M, who was displaying an equally unique hobby – soap-making! In front of him were a selection of different shaped and coloured soaps, each scented with rose, lemon or eucalyptus and mint.

The last table I came to before the event ended and the judging commenced was Kaiden L’s chilli enterprise, in which he grows and sells a wide variety of chillies to local businesses. One of his displays was explaining the Scoville scale – the way in which heat is measured in spicy food. He showed where the chillies he had grown appear on the Scoville scale, and let’s just say that it’s a good thing his chillies weren’t sampled!

After an hour, pupils were asked to pack up their exhibits while the judging took place and the winners were decided. Not only is this a fantastic opportunity for pupils to share their out-of-school passions, but it is also a House and individual competition, in which the overall winner has their name engraved on the coveted Rosebowl – a tradition that pre-dates 1985!

Well done to all of the pupils who took part, and spent time and great effort to creatively display their hobbies and interests. Thank you also to the pupils and members of staff who came along to support this event. 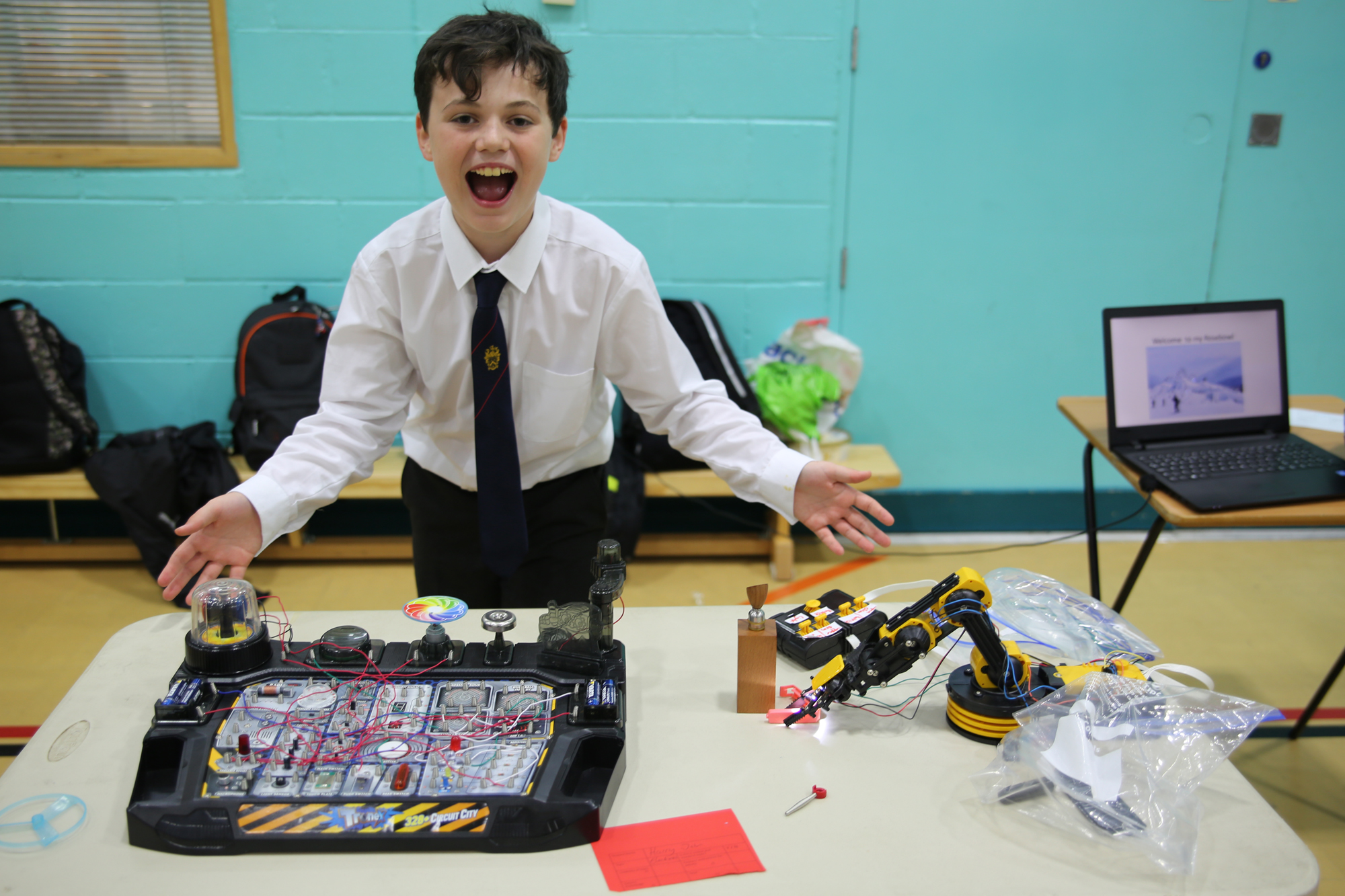 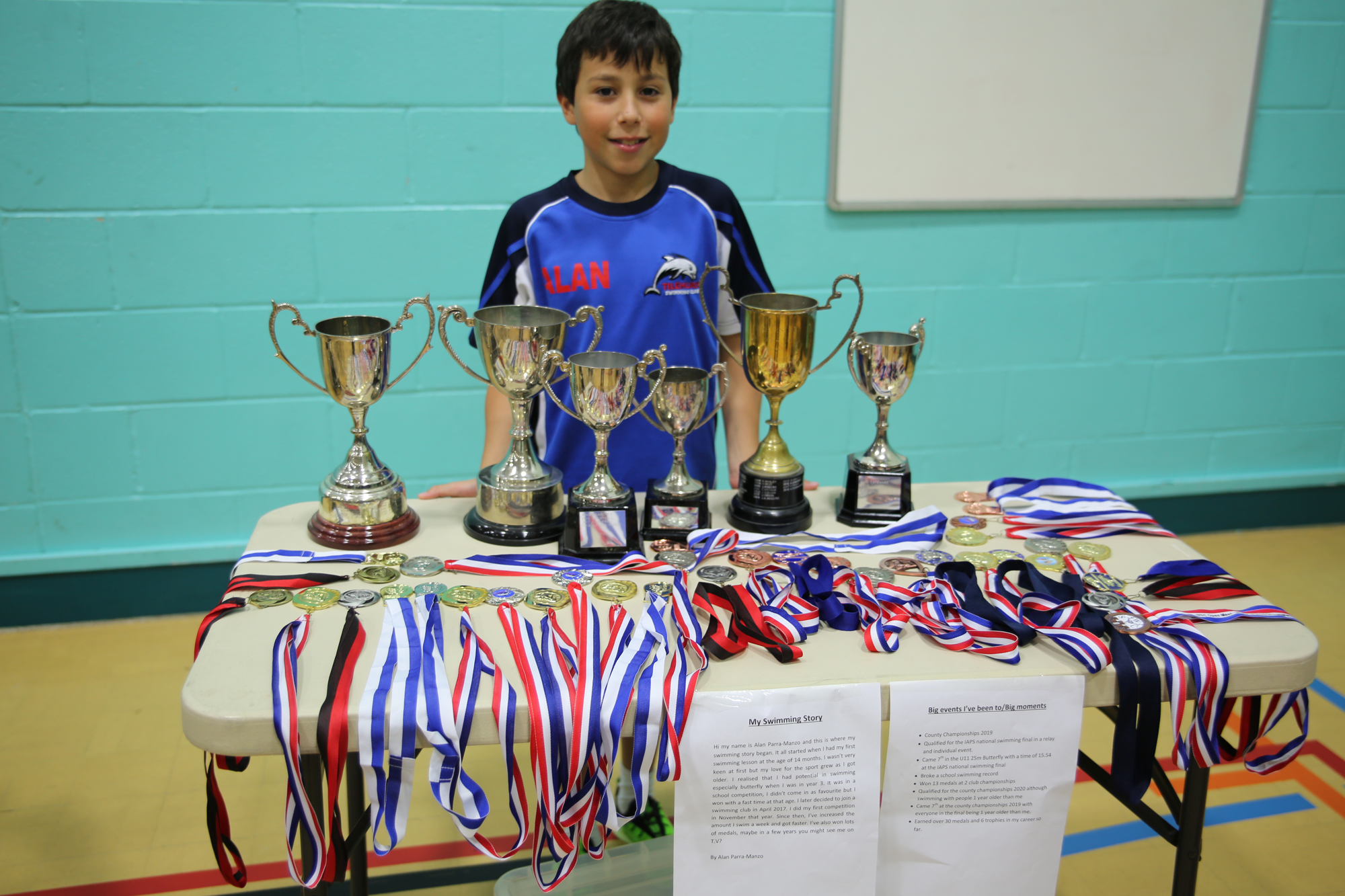 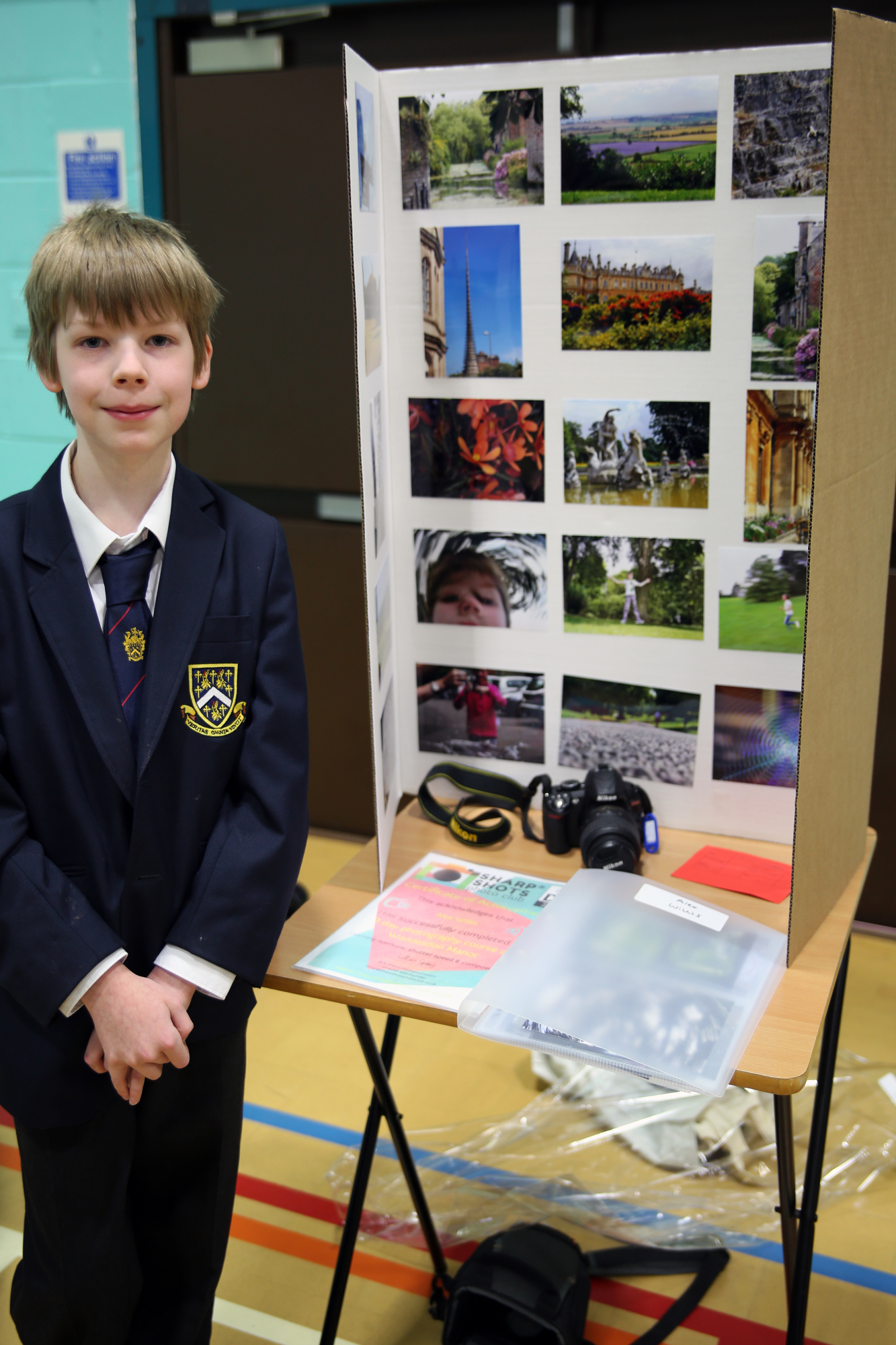 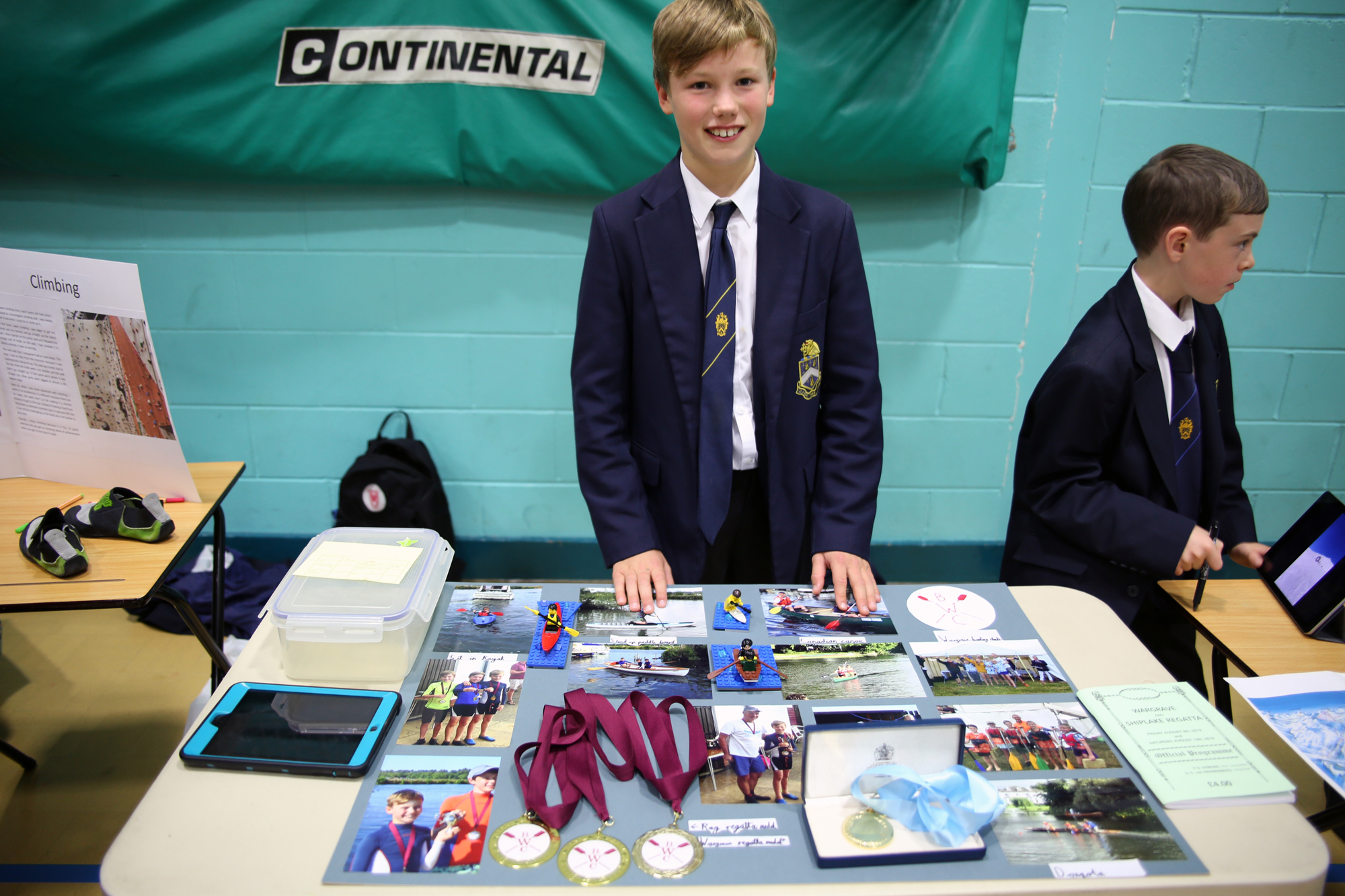 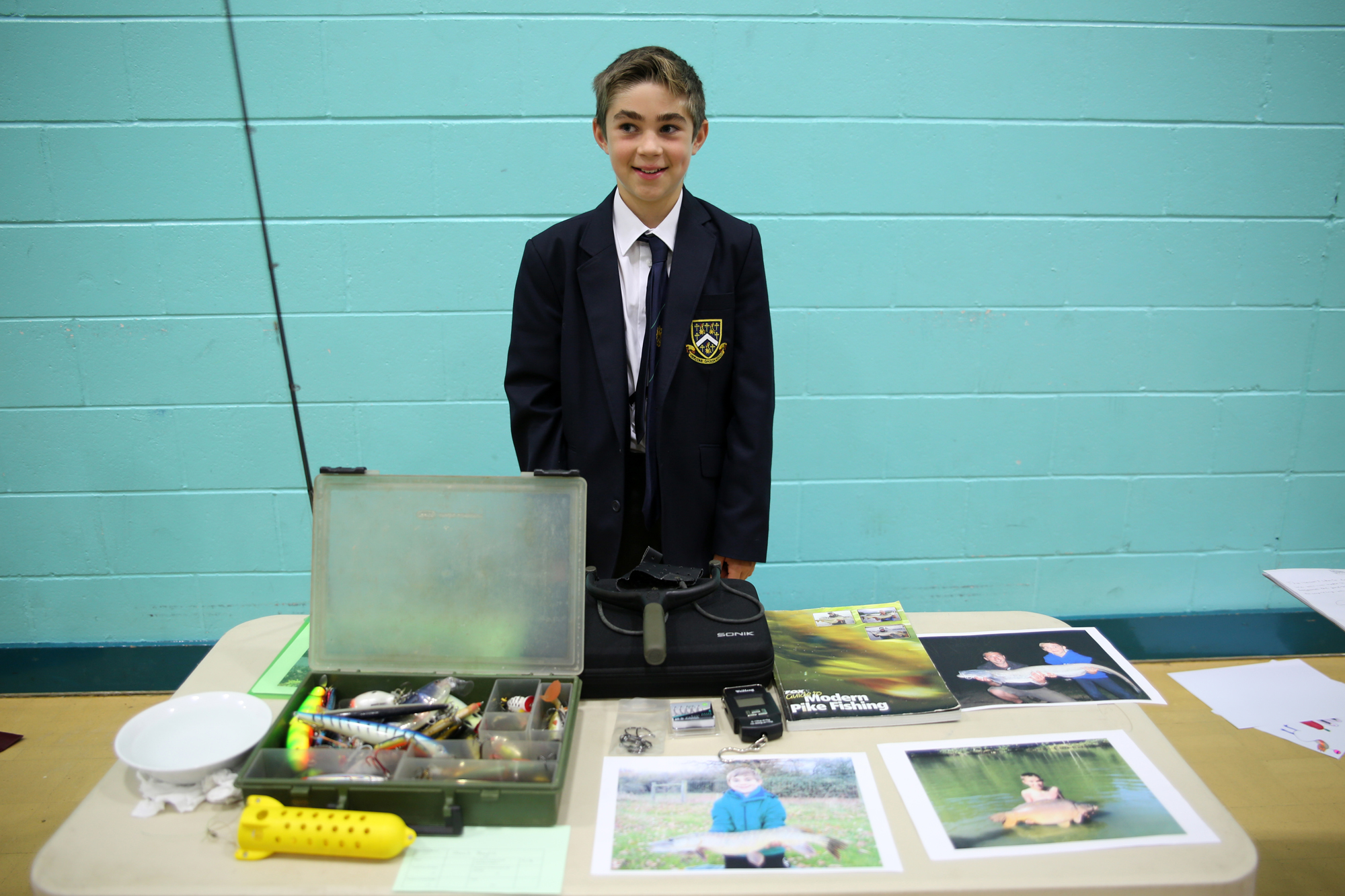 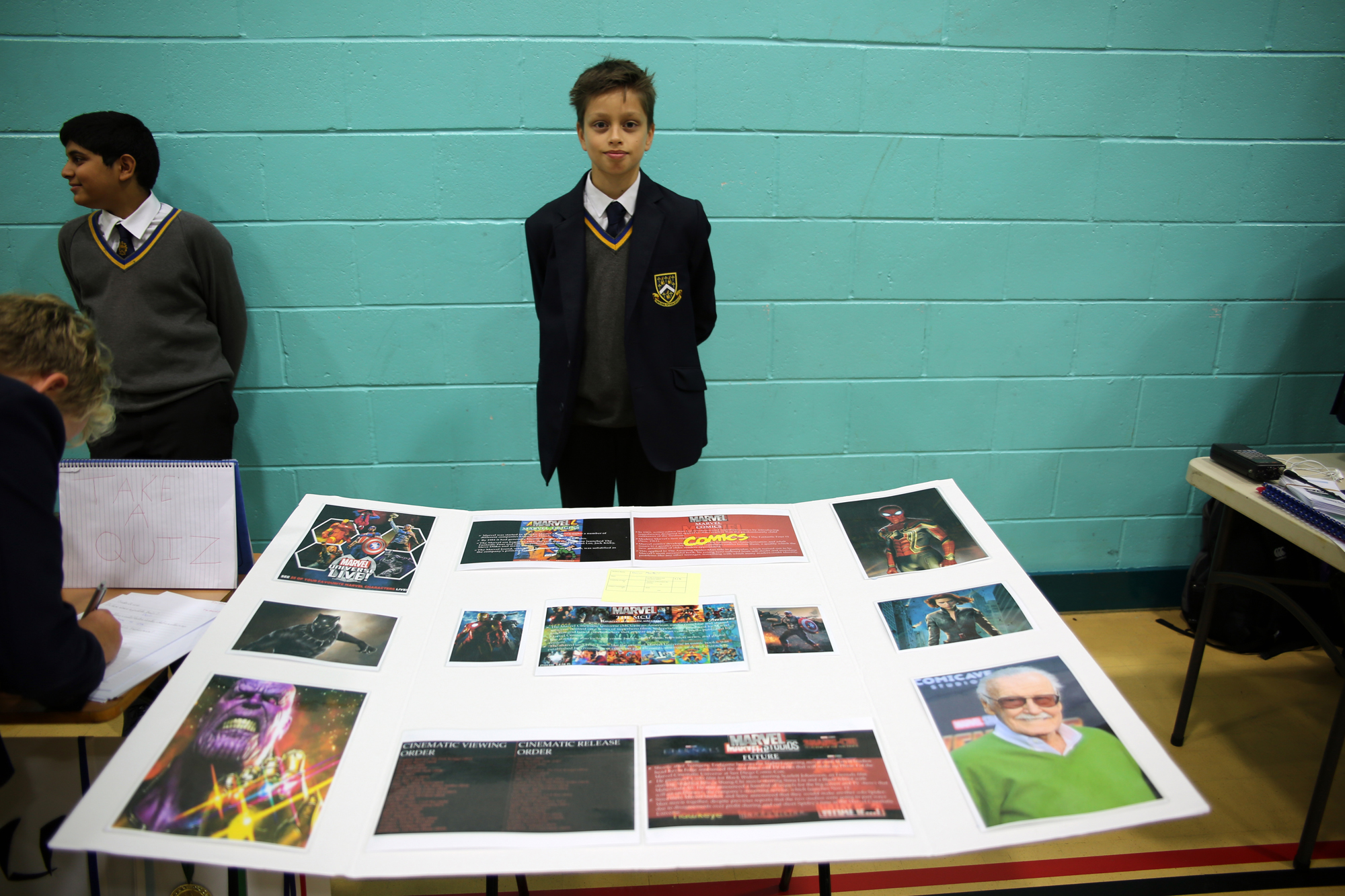 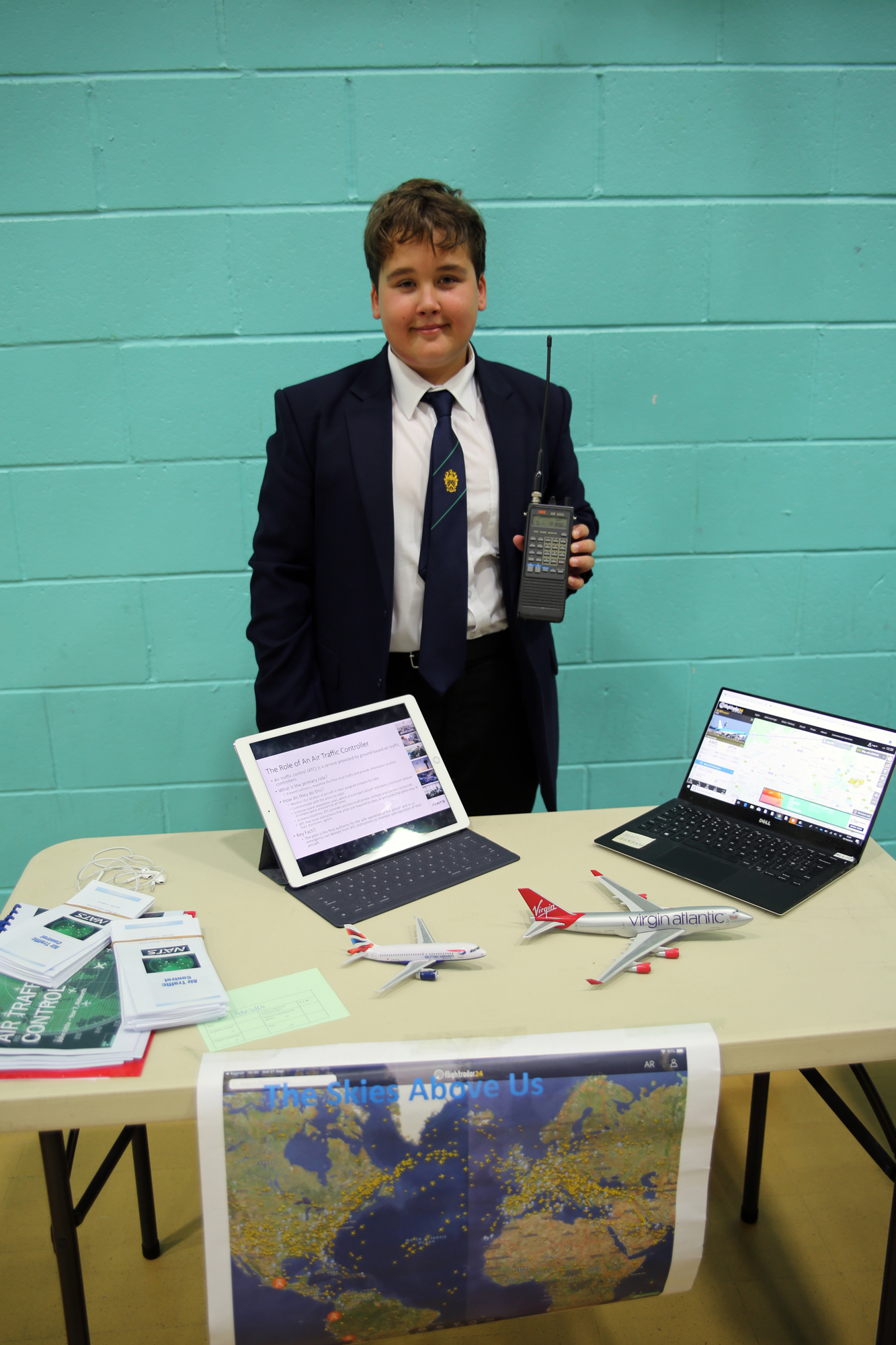 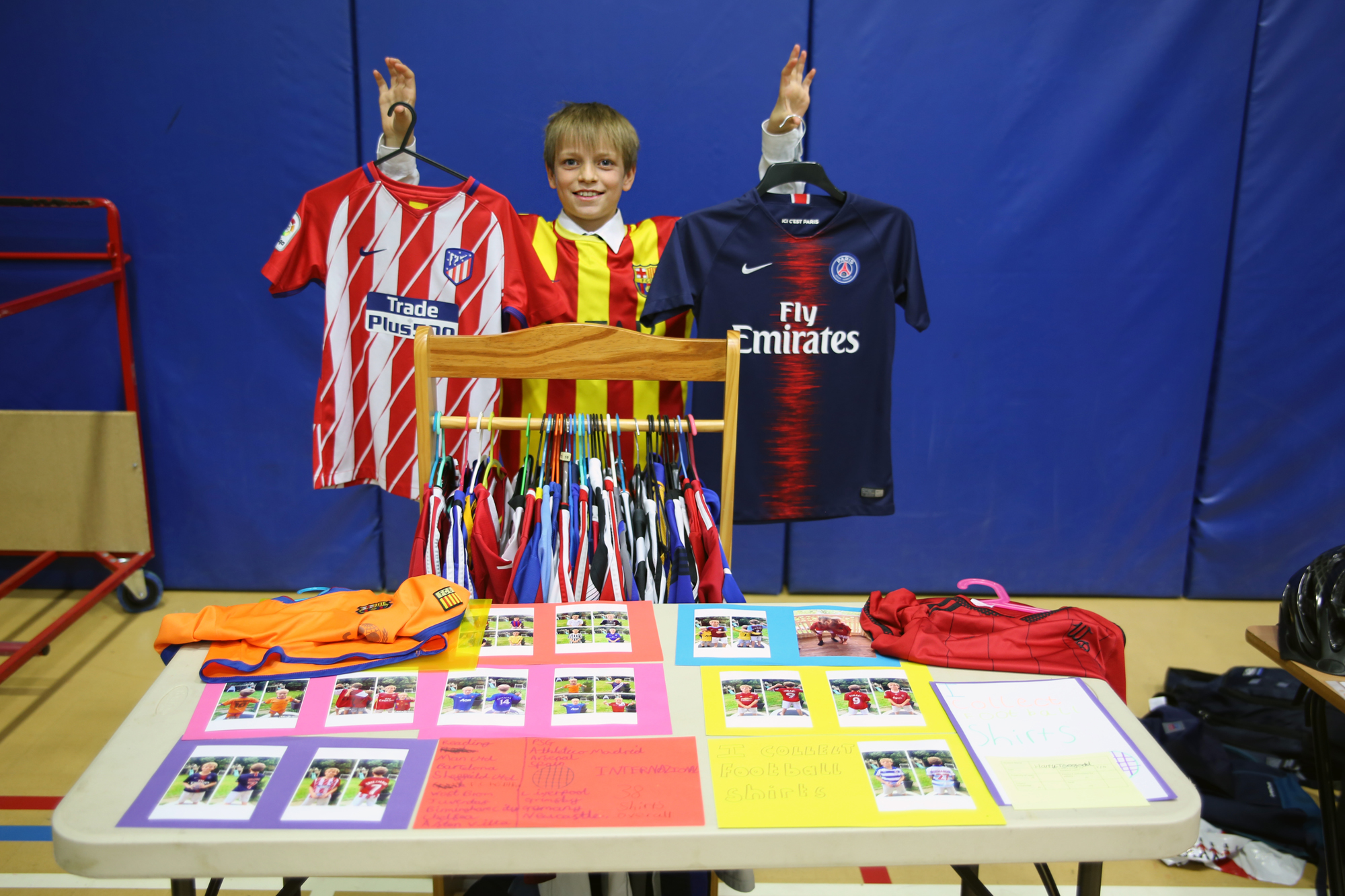 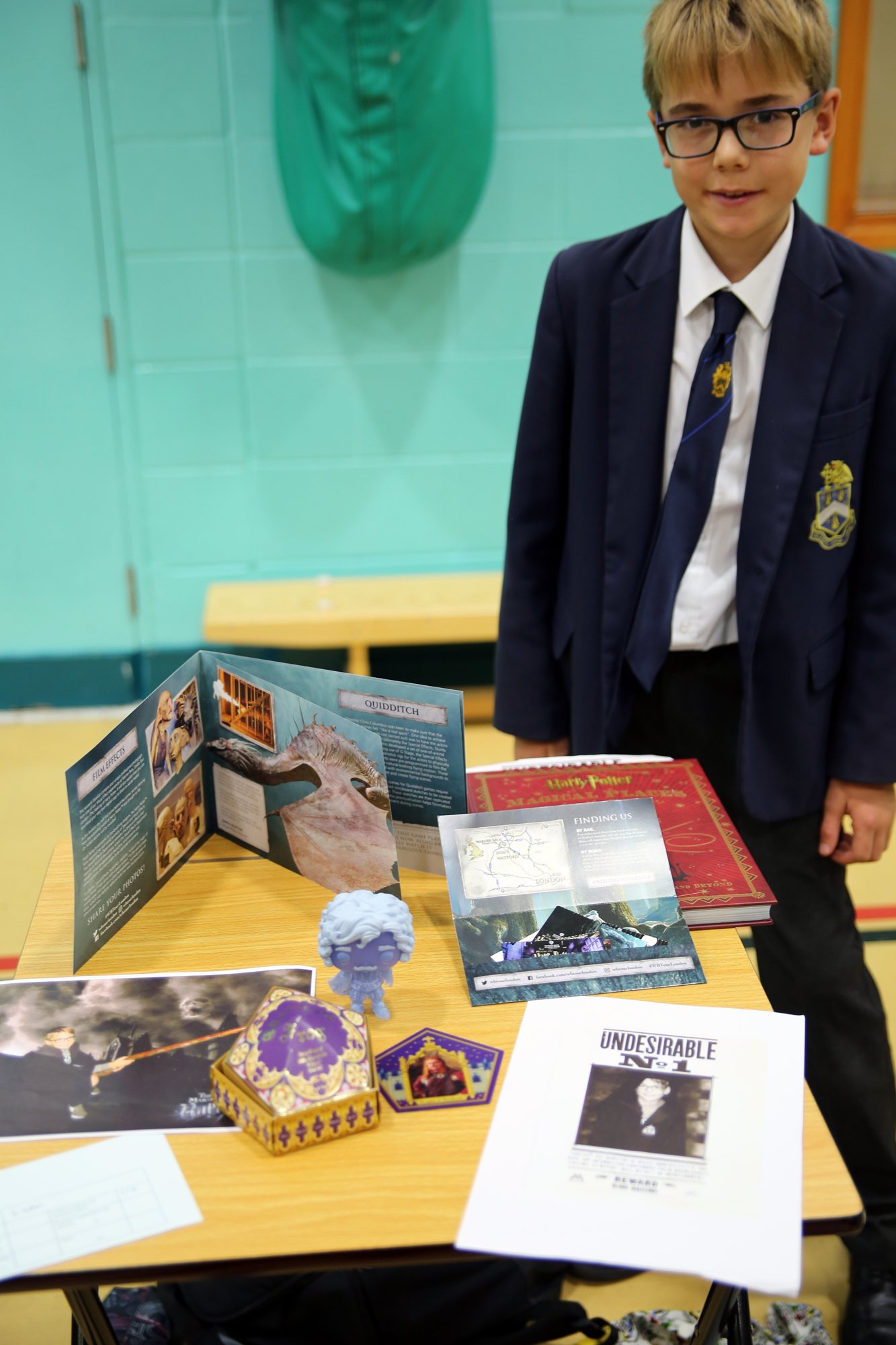 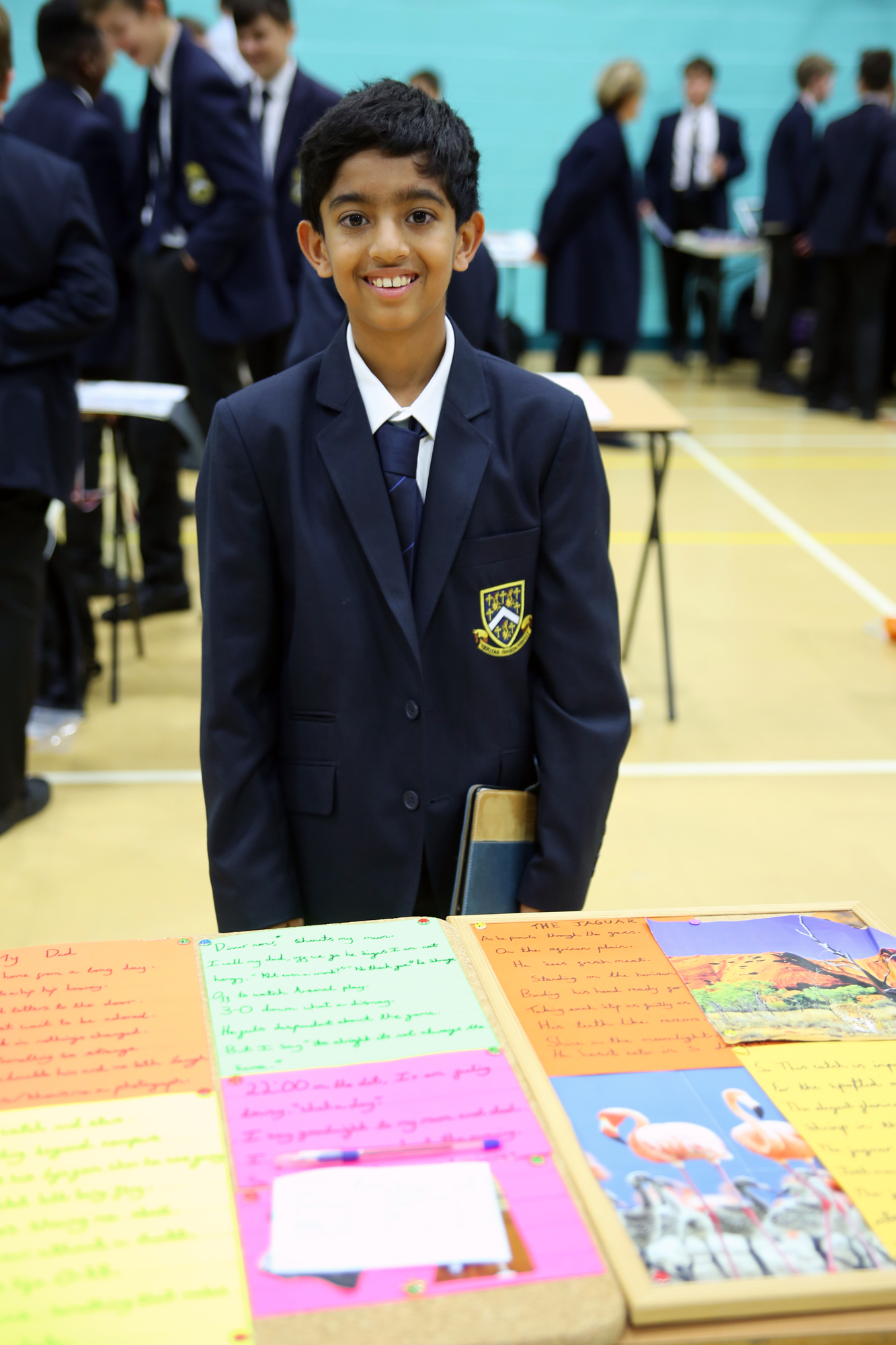 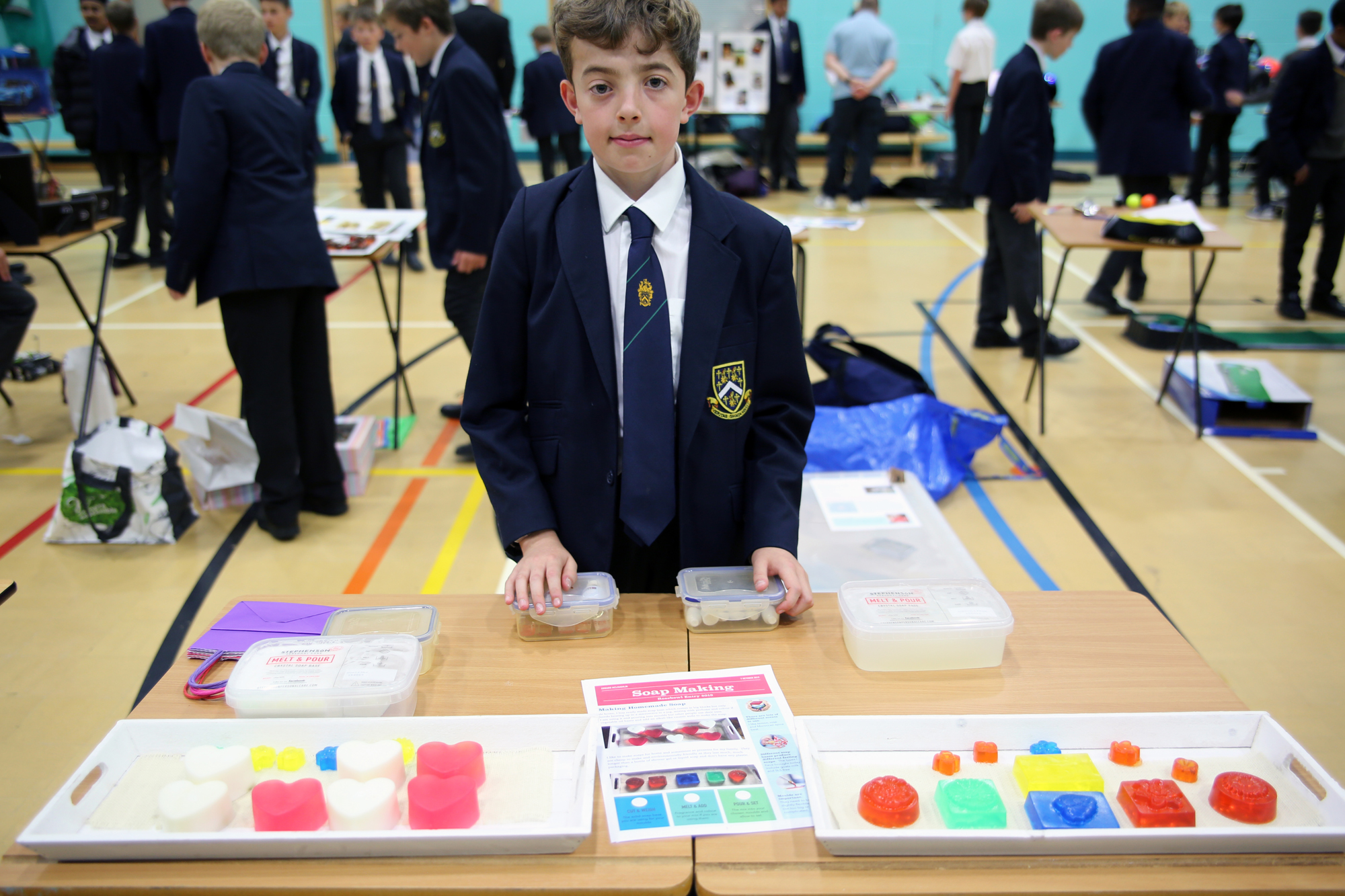 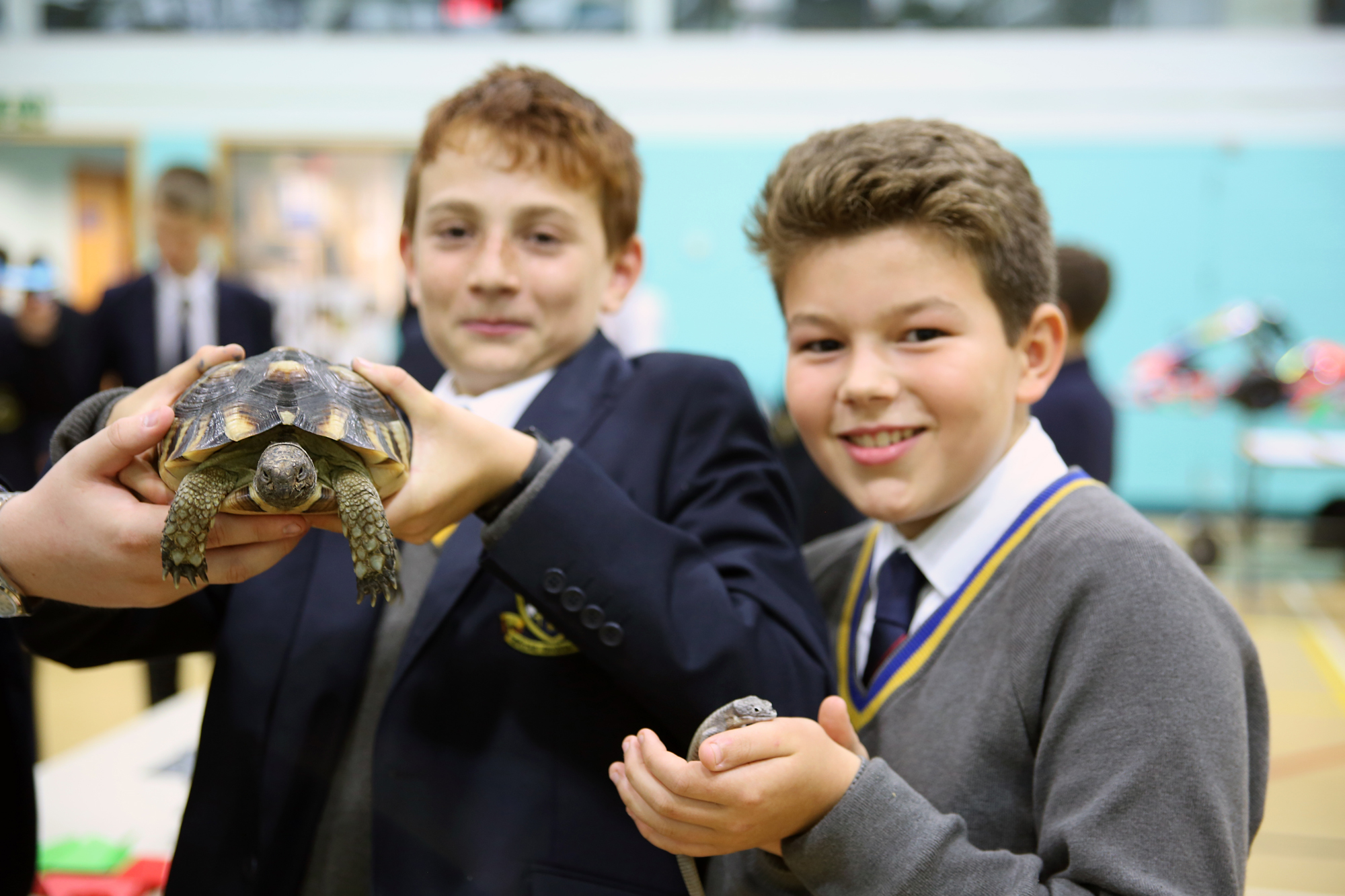 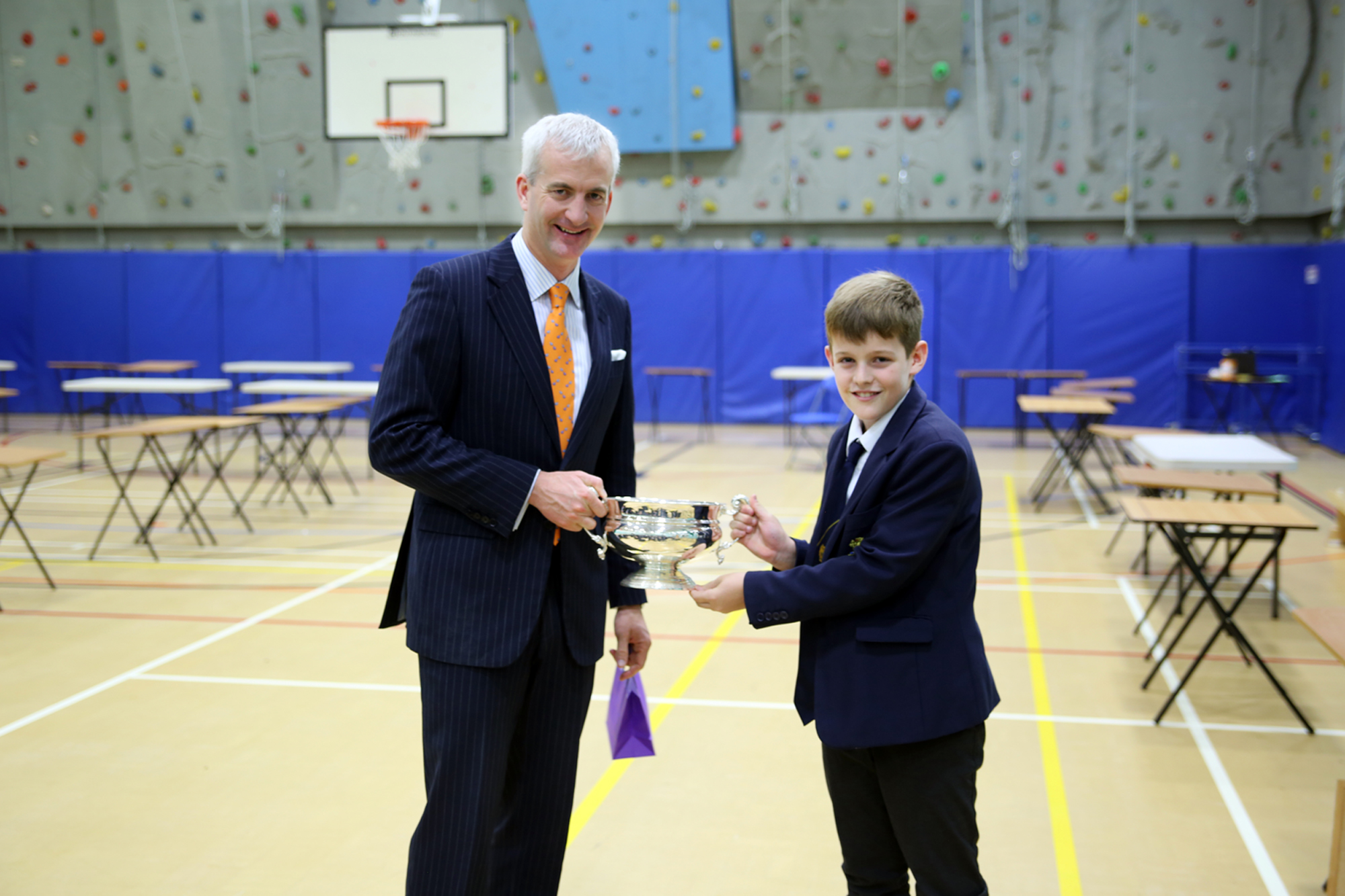 Reading Blue Coat celebrates 100% A*-A grades in Geology, Biology, Chemistry and Drama on GCSE Results Day. Private Peaceful Review
Book an open event Apply online Keep exploring
We use cookies to ensure that we give you the best experience on our website. Click on the 'X' to accept our use of cookies, or 'Learn more' for more information. Learn more