Another excellent set of A Level results

Blue Coat is celebrating another excellent set of A Level results, with 93.8% at A*-C and 100% at A*-E. 32 students achieved all A*s and As, with Jamie Rowe and Tom Cobley attaining four A*s, Head Girl Kukua Blankson achieving three A*s, and two students – Tom Lightning and Alex Parkhurst – confirming their offers to study Medicine.

A DOUBLE CELEBRATION FOR JAMIE

Jamie Rowe’s four A*s (Chemistry, Maths, Further Maths, Physics) confirm his offer to study Natural Sciences at Robinson College Cambridge – the day before his 18th birthday. A rather stunned Jamie, with his proud and tearful mum, Helen, says he is “pleased and very happy” with his results.  Jamie follows in the Oxbridge footsteps of his father, Philip, who studied at Oxford. Philip was the Academic Deputy Head at Blue Coat until he took over headship of Silcoates School in Yorkshire in September last year.

Imperial College is the destination for Tom Cobley, whose four A*s in Design Technology, Maths, Further Maths and Physics confirm his offer to study Computing at the prestigious London university. 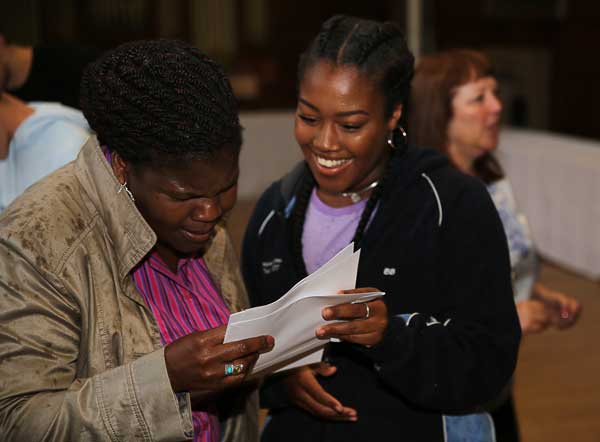 DOCTORS OF THE FUTURE 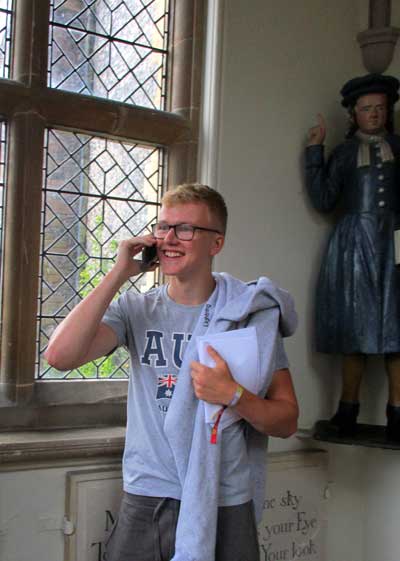 study Medicine; and Alex Parkhurst’s three As enable him to take up his offer to study medicine at UEA. 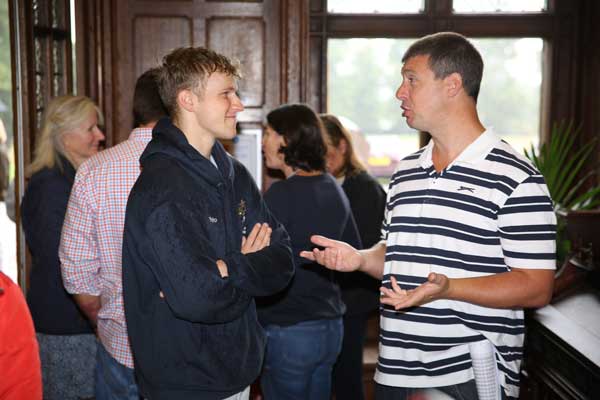 foundationers: he obtained 2 A*s and an A, which enable him to take up his offer to study Pharmacology at Leeds University, having turned down an offer to study Medicine at Birmingham. He says he feels “very good” about his results and “had no clue what to expect!”

“People told me to make the most of my time at Blue Coat”, Theo adds, “and I feel like I have. I’ve had an amazing time.”

1st VIII cox Freddie Bryce will be heading to Tauranga in New Zealand to spend his gap year coaching rowing at the Tauranga Rowing Club and at Tauranga Girls’ College, as well as working part-time in a local bar. When he returns, he’ll be studying Business Management at Oxford Brookes, where he plans to continue his rowing.

Another rower, Ed Martin, who recently cycled with four classmates from Land’s end to John O’Groats to raise money for charity, will work as a chalet host in France for sixth months during his gap year, before returning to study PPE at Exeter.

Cricketer James Rogers, who recently made his debut for the Middlesex 2nd XI, will spend the year participating in a gap year programme at the prestigious Darren Lehmann Cricket Academy in Australia, as well as training and playing in the UK, before starting his degree in Sport and Exercise Science at Leeds University.

At the end of his second year as Headmaster Mr Elzinga says: “I am absolutely delighted with these A level results, which represent the hard work of our pupils, staff and supportive families. It is pleasing to have such impressive statistics again this year, which demonstrates once again the tremendous academic progress that the School has made over the past five years. Yet more important than the numbers are the many success stories of the pupils – it is wo 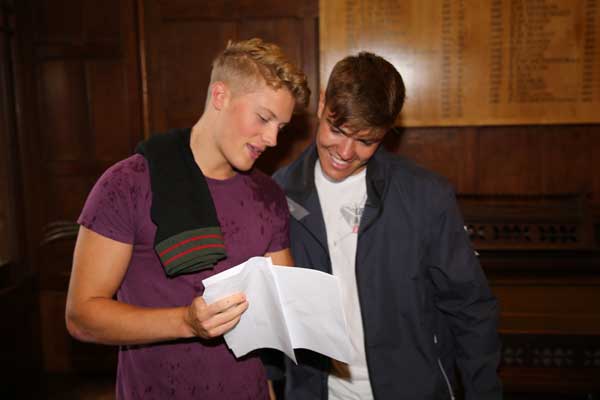 nderful to see the success at the top end, as well as a range of pupils performing to the best of their ability. I am perhaps most proud of the fact that the vast majority of our leavers are taking up their first choice university places; we are delighted that our leavers are so well positioned for the next stage of their educational journey. Well done to all and one last time, I wish our leavers every success.”

Academic Deputy, Rob Tidbury, adds that he is “very proud of the results and all the hard work of our students and staff.”

Leavers complete charity cycle ride from Land’s End to John O’Groats Our Year 11s attain impressive results in both sciences and modern languages
Book an open event Apply online Keep exploring
We use cookies to ensure that we give you the best experience on our website. Click on the 'X' to accept our use of cookies, or 'Learn more' for more information. Learn more