In the run up to the 12 December General Election, Reading Blue Coat is hosting its own election! Five pupils are representing five political parties: Eric Sun for The Conservative Party, Ollie Pink for the The Labour Party, Isobel Jones for The Liberal Democrats, Ella Scampion for The Green Party and David Coleman for The Brexit Party. On Monday 2 December, these pupils stood up in assembly and delivered their campaign speeches.

On Thursday, the five candidates will face off in a debate, with questions put to them by pupils and staff in the Blue Coat community. Finally, on Friday, the community will vote on the party that they have most confidence in before the results are announced on Monday. Below are the speeches given by the party leaders: 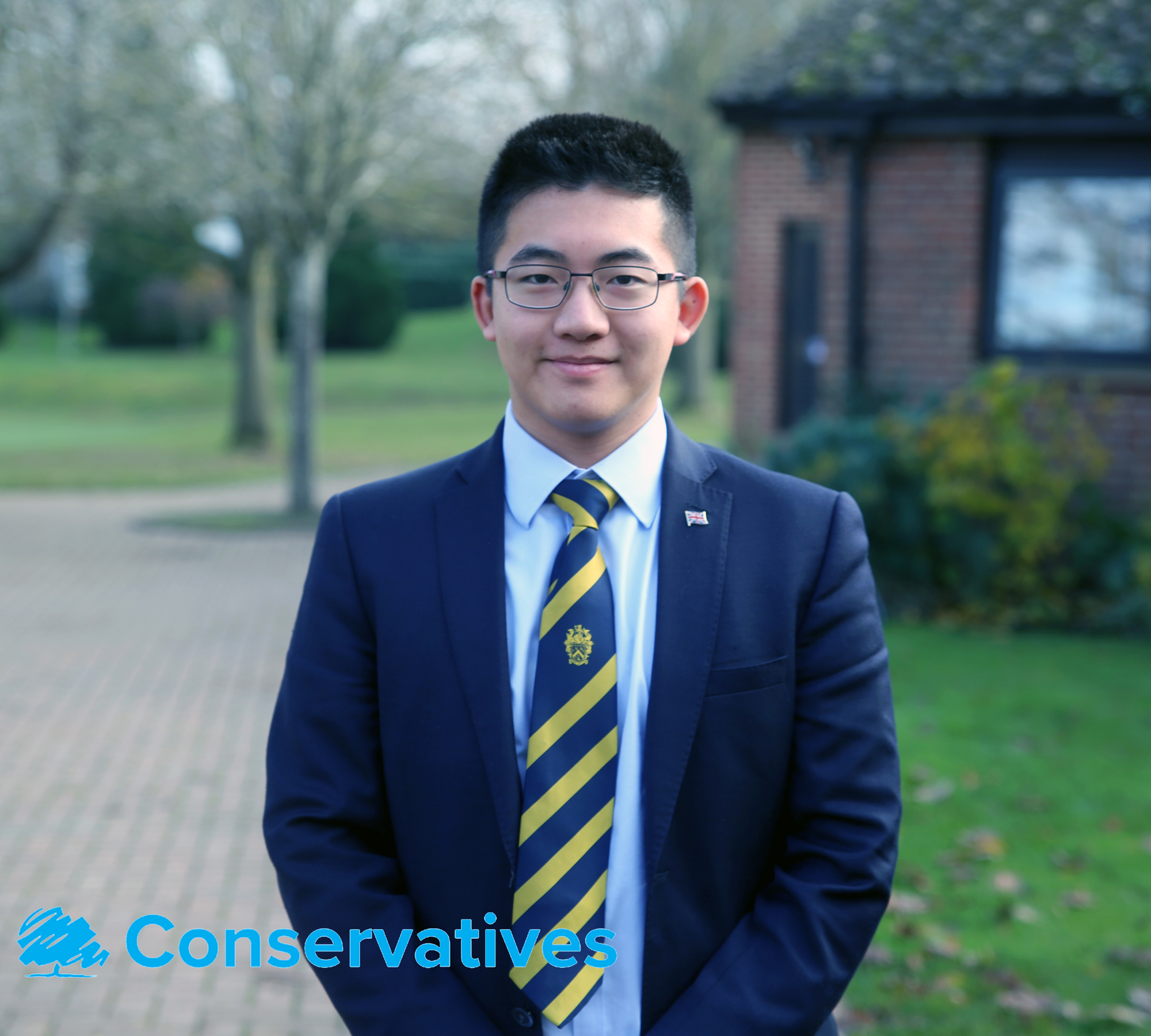 Good morning Blue Coat! Let’s be honest, you don’t want to vote for the Brexit Party. If it wasn’t for the undemocratic resistance of the opposition throughout the last three years, they would not even be here right now, and neither would the UK be still in the EU. But we need not worry, because I, Eric Sun am here today to represent the Conservatives, in order to get Brexit done.

The Conservative Party is the only party with a competent plan for Brexit. A No-Deal Brexit does not count as a “competent” plan. And speaking of competence, maybe the Brexit Party needs someone more competent to write them an actual manifesto next time.

But at least the Brexit Party wants to deliver Brexit, unlike the other three parties… and I respect that.

The Liberal Democrats are perhaps the worst offenders of those three. Izzie, how can you call yourself a Liberal Democrat, when your party’s main policy is to go against the majority will of 52% of voters? That is utterly not liberal, and certainly not democratic!

To be fair though, even your anti-democracy party has principles, unlike Ollie’s Labour Party, who will do anything for a vote; be it a second referendum on Brexit or more Scottish independence nonsense. The worst part is that they don’t even have their own positions on any of these issues. They love fence-sitting because they think that this will get them the support of both sides. The only policies they don’t fence-sit on are those that erode your liberties and increase your taxes; then they are all for it. But we, the Conservatives, are here to take a different side, and I am proud to announce that we’ve taken the side of freedom and democracy, the very values this Great Britain was founded upon. That is why we are the Conservatives. By conserving our British values, I hope to unleash the United Kingdom’s potential once again.

As well as protecting our values, we also believe in protecting our environment, because there’s nothing more conservative than conserving our planet. What makes us special is that environmentalism is in our DNA. It was us that 35 years ago shut down the coal mines in this country, and it was Labour who tried to keep them running. In 2019, I hope it will be us again who are planting 30 million trees to make a greener Britain.

If you remember one thing from my speech today, I hope it is this: many of us here have dreamt of being an adult, and being treated like one, with the full freedom to do as we please, provided we don’t infringe upon others’ rights to do the same. Well folks, the Conservative Party is here to fight for that dream, it’s a dream that will allow you to keep as much of your hard earned money as possible, but unfortunately it is also a dream that is all of the other parties’ worst nightmare. So if you don’t want to be treated like a kid anymore, having everything in your life spoon fed to you at the expense of your liberty, then back Boris. If you don’t want to completely disregard the ideals of liberty and democracy, the idea that we as free individuals are in a better position to make decisions for ourselves than elitist politicians in London or Brussels, then vote Conservative. 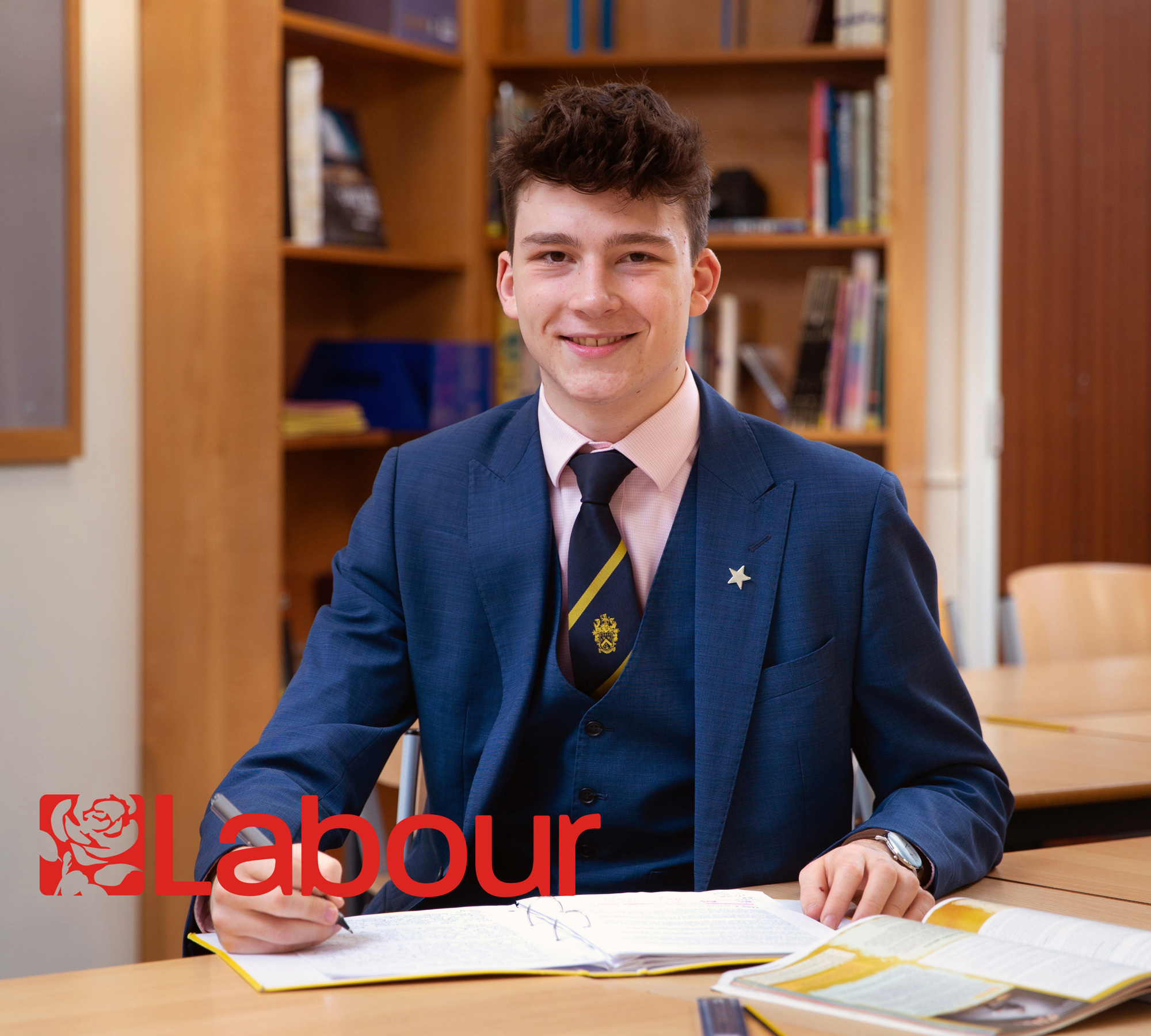 For too long, the Tories have had power of this country, and what have they done? Nothing. In the last 10 years of Tory reign, the NHS has gone downhill, with waiting times soaring. Homelessness is at a new high with over 320,000 poor souls on the street coming up to Christmas time. And the Tories think they will fix this with lower tax?

The Tories say that homelessness and child poverty will decrease with an increase in GDP. But they are blind, for the last ten years, GDP has increased and social issues such as poverty and homelessness have sky rocketed. In this school, we don’t have to face any of these issues, but just imagine if it was you. I believe that as we are privileged, we should help those less privileged.

Labour is the party of change; we will stop climate change, I know it’s big but big decisions make big differences. Carbon neutral by 2030, and make half our energy renewable. Trust me when I say this, Labour are going to make sure you have a future whereas the Tories will just keep on fracking and investing in big non-renewable companies.

You will hear the other parties making fun of us and trying to put us down but we won’t take this. I won’t take this. We are the party of change and we are scared of no one. The reason they are saying these things is that they are scared of the Labour party, because they know that we have the courage to make a difference. For example, Labour is the only party that will go after the big companies and make them pay tax. Neither Google, Amazon, eBay, Starbucks nor Apple pay the tax that they should; if the hard-working people of Britain pay tax, as well as other large corporations, then they should too! The others say that it’s too complicated, it’s not its quite simple, but they are afraid that the big companies are going to leave the UK. They make so much money here that they won’t leave, trust us, and trust me. Last year, £500bn was dodged in tax by these 5 organizations, that’s more than the NHS budget. That’s outrageous.

This is an amazing country. The United Kingdom is an awesome nation, it is a well-known fact that the best musicians, actors and sports stars are all British. But recently, I feel that this has changed. We are not so great than we used to be. The government lay down the foundation of a country and recently it’s been a shambles. I blame Brexit. There has been too much squabbling between us and what we need is unity. Unity behind one party that will make a difference, my fellow Blue Coat community, every single one of you can make a change, a difference in this world. It is all of you in this hall today that will bring back greatness to this country. Labour will unify this country and make it great, everyone will help everyone and from that we will all live in happiness. Happiness isn’t how much you receive but it’s what you give to others, what you create for others. Voting Labour helps more people and will make more people happy, in turn creating happiness for all, and that is way more important than Brexit. 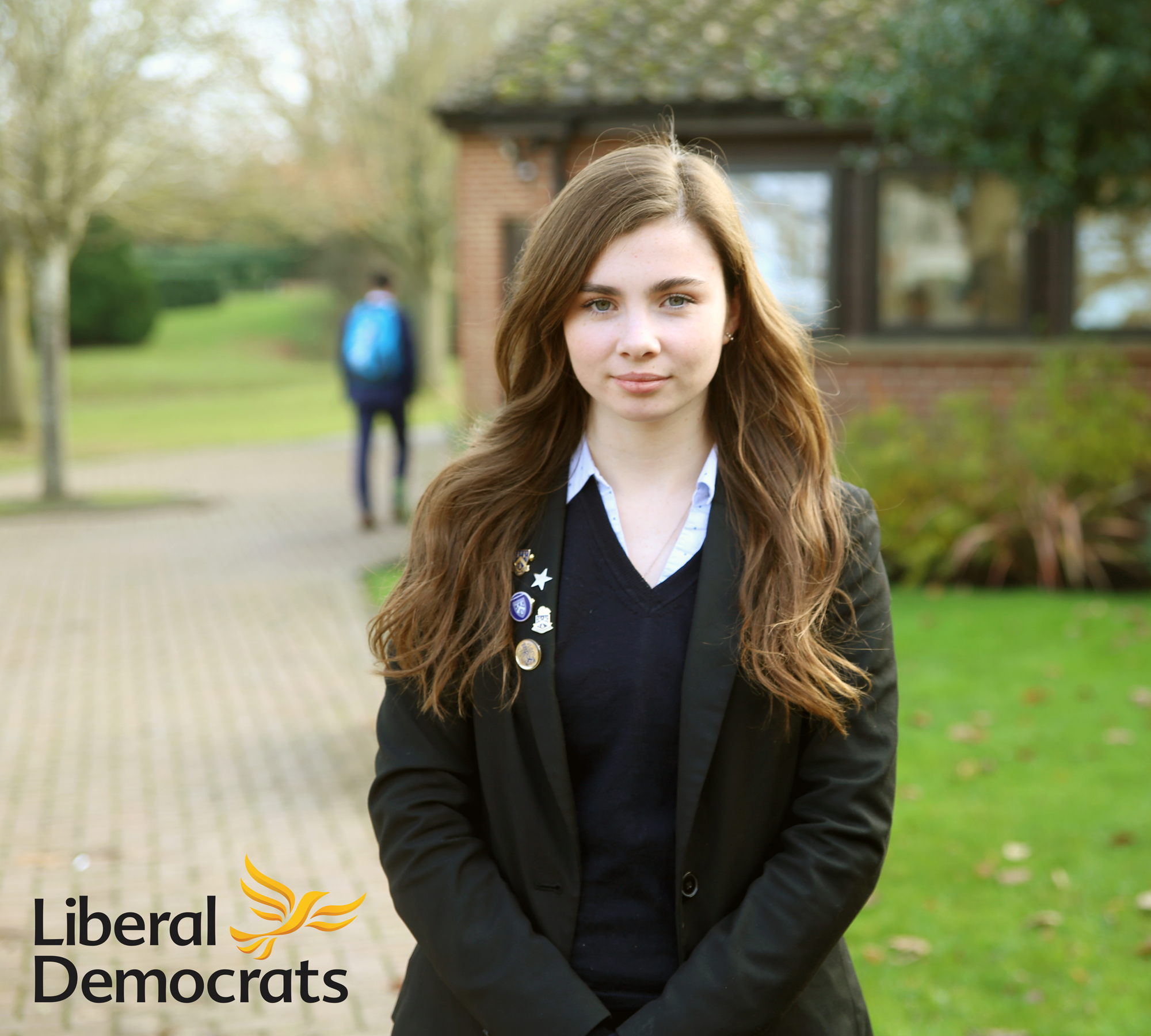 Hello, I’m Izzi Jones and I want to tell you why you should vote for the Liberal Democrats.

We are the only party that unequivocally opposes Brexit, we are the voice of remain, the voice of the now 53% who would vote remain today. We believe that Brexit is the wrong for our country, as something based on lies and deceit. The world mocks us for leaving our seat at the table to go and sit in the corner. If we leave, we will go to bed as Great Britain but wake up as little Britain.

But there is another option, vote Lib Dem and take back control of our future, of our economy. By staying in the EU we will secure a Remain Bonus of £50 billion, with the economy predicted to be 2% larger in 2024 if we remain.

We can also save our ancient union of Scotland, Wales, Northern Ireland, and England, and work together to create a Britain that we are all proud of. A Britain where we are not ashamed of our leaders, where we can trust them not to lie or throw us under the bus. Voters have been told that they only have a choice between Jeremy Corbyn and Boris Johnson. Both of whom refuse to apologise for their lies and cover-ups, both of whom have cast out their own.

Britain deserves better, better than two old parties whose ideas, be they from the 1870s or 1970s, gamble with our future. There is a third way; you can vote Lib Dem and choose a government that will build the country we deserve, where everyone can thrive, where Brexit is stopped and we can focus on the real issues. Making our NHS stronger, creating more jobs, tackling the climate crisis. 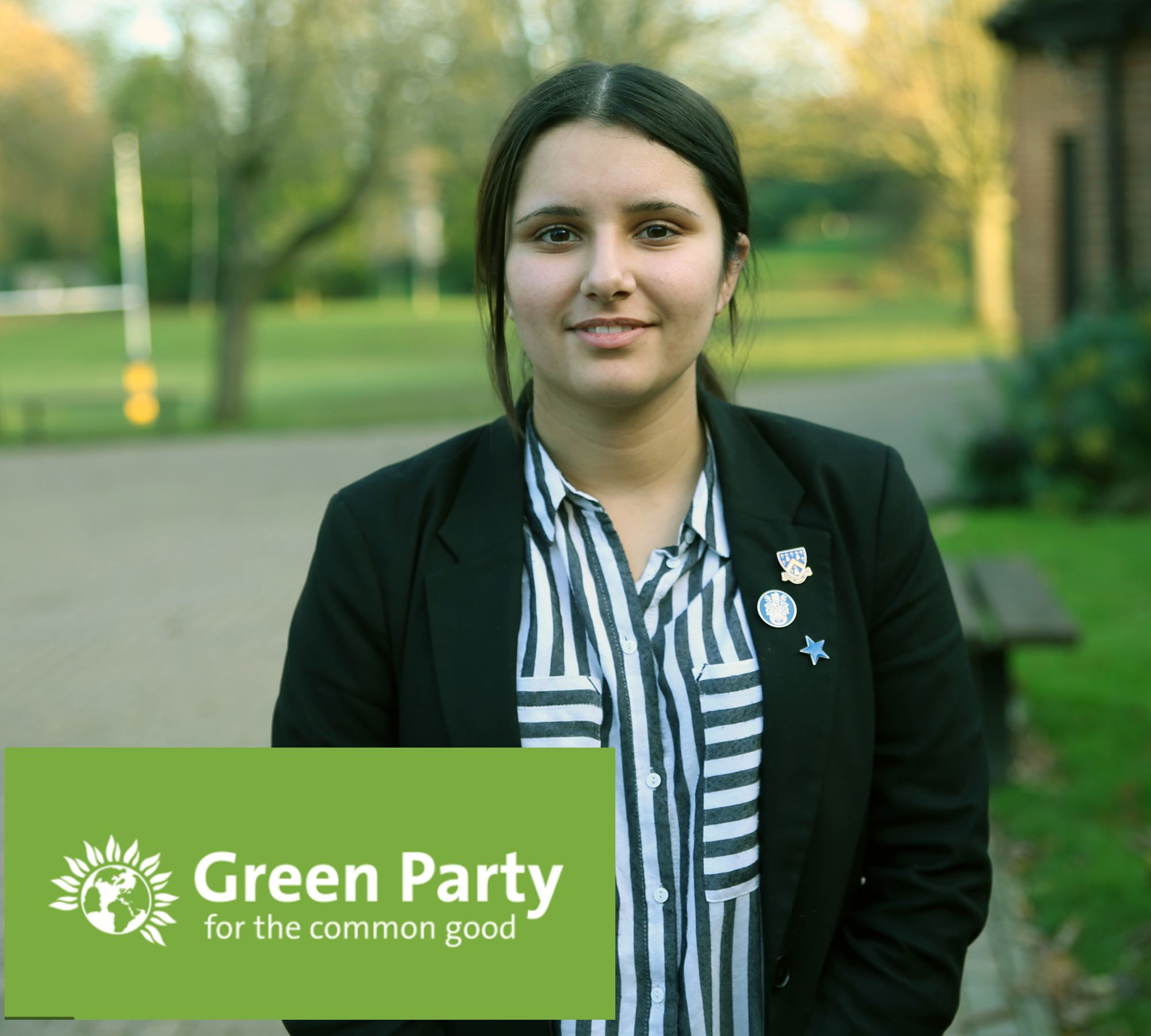 All this tree planting is happening because, if you weren’t aware, the planet is kind of dying. Whilst we’re not going to go as far as advocating that everyone starts eating insects instead of meat, we do have a new green deal that is aiming for zero net emissions by 2030 and stronger laws on corporations. Sorry, Mr Elzinga.

We at the Green Party find it quite amusing how for the past three years, the Conservative governments have thought of almost nothing other than Brexit, which might not even exist if we don’t have a planet to live on. But we thought we might as well address the issue, given the tomfoolery surrounding it. At the Green Party, we’ve had enough of Nigel Farage and his Brexit party cronies lying to us about the NHS, about immigrants, and about what Brexit means for this country’s future. And so we propose another vote, one that would not be declared null and void, one free from lies, one that is fair and democratic, which is something slightly lacking in the priorities of the Tories as of late. And if we should decide to remain, the Green Party wants a better, freer relationship with the EU that is more transparent and considerate of the British public.

And finally, something that the Green Party is also promoting is the legalisation of cannabis being sold in small selected stores. Now whilst we at Blue Coat, of course do not ever engage in anything of this kind of nature, we do recognise the importance of this policy in terms of medical use and ending potential drug-fuelled conflicts, thus saving lives. 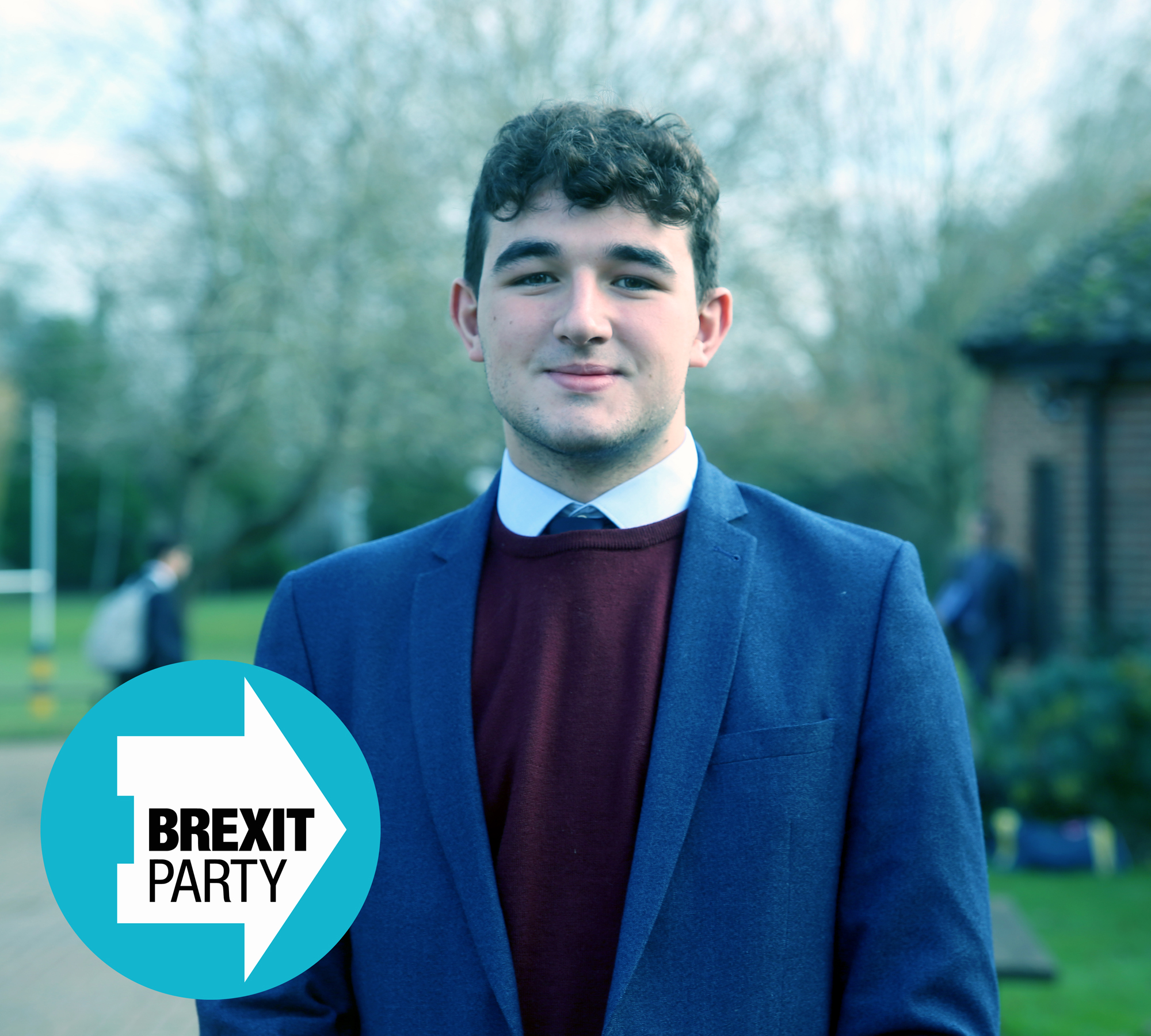 The Blue Coat Brexit Party Press Officer is yet to provide the Party’s speech. Please check back later.

Reading Blue Coat Announces New Headmaster Blue Coat excels at Inspection
Book an open event Apply online Keep exploring
We use cookies to ensure that we give you the best experience on our website. Click on the 'X' to accept our use of cookies, or 'Learn more' for more information. Learn more