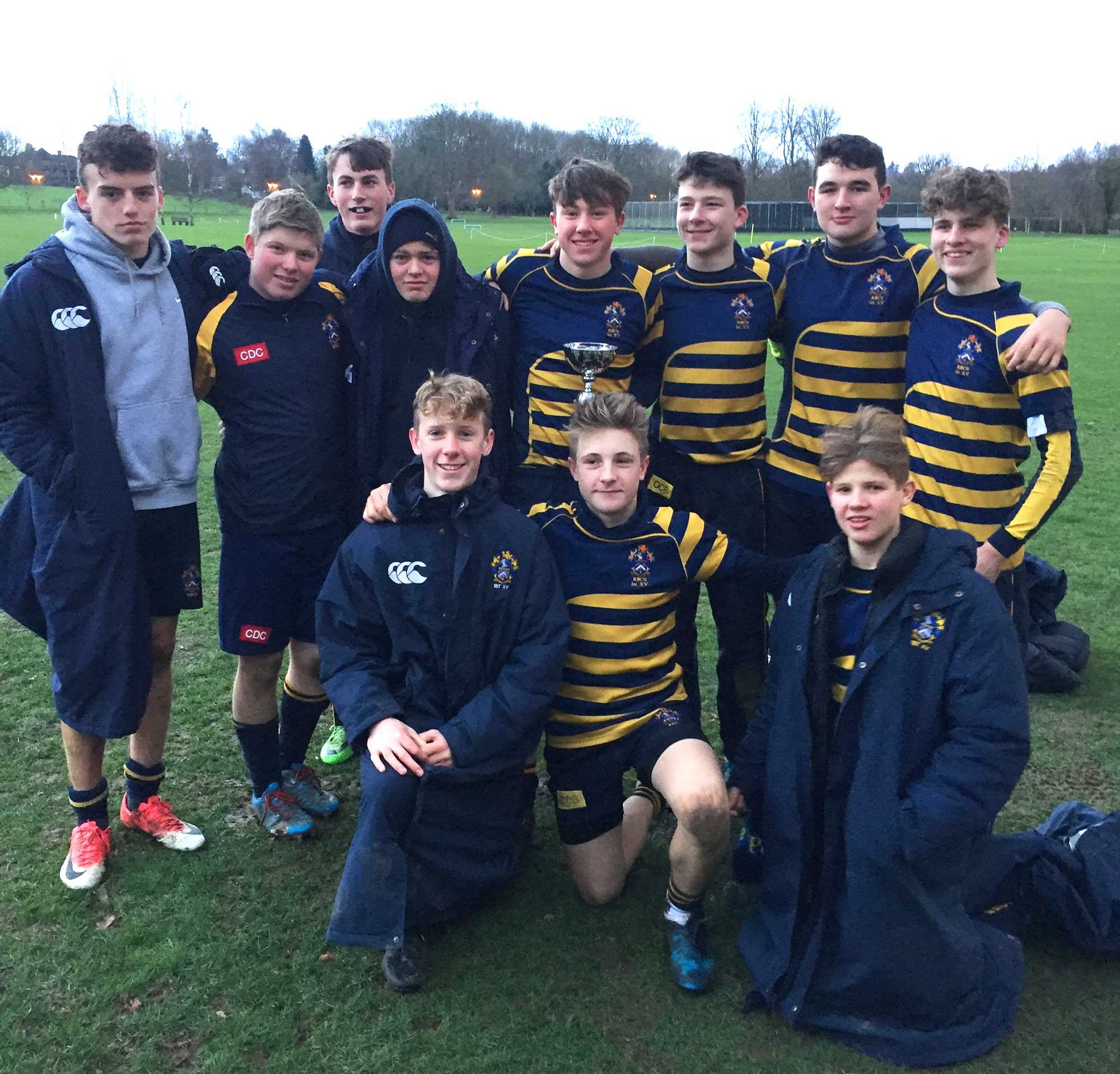 Blue Coat’s U16 Rugby 7s team’s first outing in a 7s competition saw them finish second in their group and go all the way to win the Plate competition, finishing 5th overall.

The boys fought valiantly against old foes Bedford in the first game, but lost the match 12-7; the team, however, clicked in the second game, and they put over 30 points against Portsmouth GS, before sealing second place with a win over local club side, Wasps.

The Plate semi final was against old rivals and hosts Merchant Taylors’, who – despite early pressure – couldn’t match the Blue Coat team; this set up a mouthwatering final against Brighton College. The final ebbed and flowed and the lead changed often, but Blue Coat held firm and netted their first piece of silverware of the season and their first as a year group – and the best place finish in any tournament to date.

Library launches new “Four Books” series Toddler to Teacher – who can you recognize?
Book an open event Apply online Keep exploring
We use cookies to ensure that we give you the best experience on our website. Click on the 'X' to accept our use of cookies, or 'Learn more' for more information. Learn more