A group of enterprising Year 10 Blue Coat boys have formed their own football team, the Blue Falcons – which will remain a Blue Coat catchment only. The team is affiliated to Woodley Saints and they play their home games across from Blue Coat at the Berkshire Sports Club. As the Reading League U15s play on Saturdays, which would clash with Blue Coat matches, the Blue Falcons have joined the Oxford Youth U15 League and play on Sundays. So far they have won all three of their league matches and are joint top on goal difference. They won their Round 1 Cup match by 9 goals to 1 in September.

There are only 13 in the team so far, but more Year 10s are interested and the Falcons hope to continue to grow. With the help of player Max’s mother (who also helped start the ball rolling for the team), the boys have obtained sponsorship for their football shirts, which have the red and white stripes of the Woodley Saints.

Team coach is one of the dads, Jonas Wiking, an ex-Malmo player, and the team’s manager and secretary are also parents. Training takes place on Thursdays after school at Berkshire Sports. 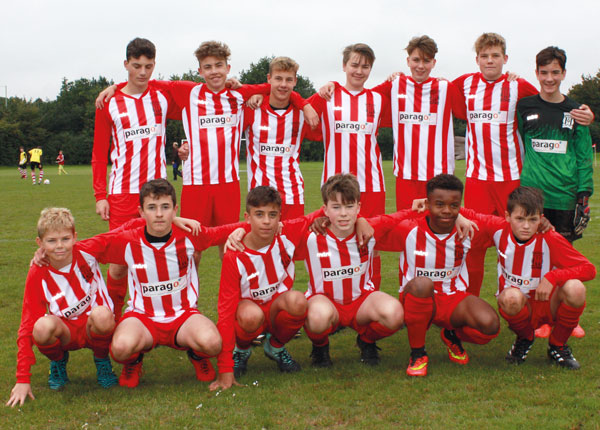 Kayaking the length of the Thames for charity Blue Coat Chess team’s first ever match
Book an open event Apply online Keep exploring
We use cookies to ensure that we give you the best experience on our website. Click on the 'X' to accept our use of cookies, or 'Learn more' for more information. Learn more