Competitive sport plays a key part in developing a Blue Coat pupil’s potential, no matter at what level, nor in which sport. Respect, Belief, Commitment and Sportsmanship are the characteristics we aim to nurture in each Team RBCS representative. Whether it is in the U12Es or the School 1st team, these characteristics are the main priority.

Our main sports are Athletics & Cross Country, Cricket, Football, Girls Hockey & Netball, Rowing and Rugby. All our main sports have a highly competitive and extensive fixture list, and compete both at local and national level. Examples of other competitive sports include Badminton, Basketball, Golf, Rugby Sevens, Swimming, Table Tennis, Tennis and Touch Rugby.

Here at Blue Coat we don’t believe that these are mutually exclusive. The number of pupils representing #TeamRBCS increase each year. Last year 99% of boys in year 7 played representative football and rugby for the school. It is no coincidence that this increased opportunity to participate is having a positive impact on the A teams.

We have a highly qualified, experienced and enthusiastic coaching team, blending both internal and external specialist coaches, with cross curricular staff to ensure that every pupil is maximising their potential, as well as enjoying their experience regardless of ability. 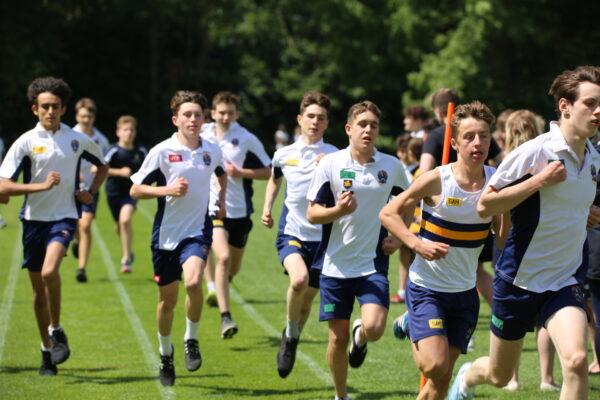 Where are they now?

Cricket is the summer sport of choice and is hugely popular with all the boys at Blue Coat.  In recent years, the cricket club has grown hugely and now boasts 17 teams: U12A-D, U13A-D, U14A-C, U15A-B,  U16 XI and  1st XI-3rd XI.  The cricket club plays on a tough circuit, including well-known cricket schools such as:  Abingdon, Portsmouth Grammar, Bradfield, RGS Guildford, Wellington College and Radley, and the celebrated MCC.   Most fixtures are played on Saturday mornings and afternoons, with some games played mid-week.

We enter the County Cup at all age groups up to U15, and have won the cup 18 times at U12 and U13 since 2007.   Our 1st XI enter the prestigious HMC National T20 competition, as well as hosting our own T20 Festival as a part of our annual cricket week.

Recent and upcoming tours include Dubai for the Senior cricketers, Eastbourne College Festival and Gurnsey for the Juniors.

Blue Coat is the home to the Berkshire Youth Cricket training centre, which is where the county age group sides host their training and play matches.  We are fortunate enough to have three county age-group coaches on the staff, including the head of Berkshire youth cricket, Mark Allum.  This partnership works extremely well and we have a large number of boys representing the county and beyond at all age groups. 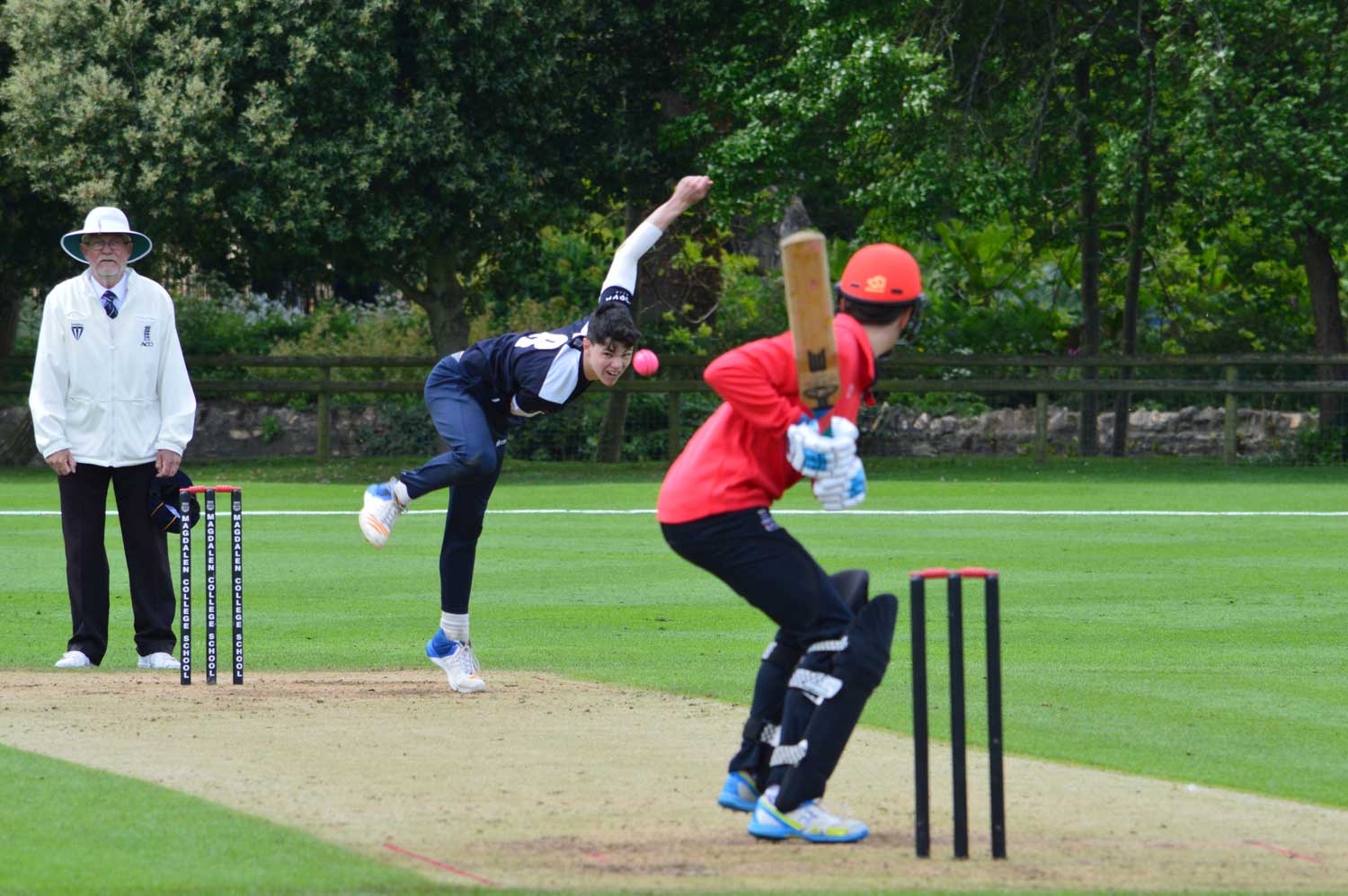 Football is the major sport in the spring term. At the junior level all pupils take part in football during games lessons and those involved in various age group squads have an additional after-school training session. Fixtures may take place in games lessons, but most will take place on Saturday mornings.

Blue Coat plays up to six teams at Years 7 and 8, and at least three teams at Years 9 and 10. At senior level, we play 1st-4th XI matches each week during the term. These will be either in the Thames Valley League, or in additional friendlies. Our 5th, 6th and 7th teams play in the Super8 league with fixtures and play-offs lasting the whole term. We often play 8th, 9th and 10th teams fixtures against other local schools.

All age group football teams enter their respective County Cup competitions. The U15s tour each year at Easter to Ligugé (the twinned town of Sonning) and La Rochelle in France, where they play both football and rugby.​​ 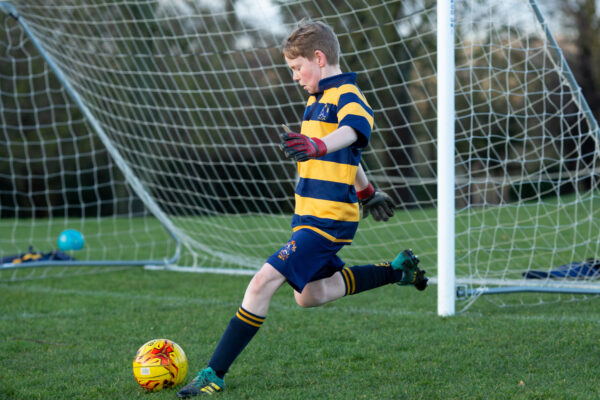 Blue Coat is fortunate to be situated on the River Thames close to Sonning Lock, with a new Boathouse on-site. The rowing club is growing in numbers and has reached over 100 boys and girls who train competitively and represent the school at local and national level. Our oarsmen and women are distributed throughout Years 9 to 13 with the opportunity for the boys to try rowing as part of activities during year 8.

When the boys reach Year 9 they have the opportunity to row in their weekly games sessions through all three terms with additional training, available twice a week after school and on Saturday mornings, if they choose. They begin land training in earnest and discover the delights of circuits and ergos. By this stage, they will be developing their fitness and technical ability on the water and be well prepared for their first year of national competitions.

In Year 11, boys join the Senior squad. The senior squad will usually train six or seven times a week and their aims for the year are a Top 10 place at the Schools Head of the River Race, reaching finals and winning events at the National Schools Regatta and racing at the world famous Henley Royal Regatta. The Senior Boys and Girls have the opportunity to row in world class boats and compete at nationwide competitions among the best crews in the country. The rowers will achieve a fantastic level of fitness and gain a huge amount from their time with the boat club, developing their sporting ethos, sportsmanship and giving them further skills which they can take forward into their final years at the school and further education.
There is a very active Friends of Boating group which is a parental support body for the Boat Club with an active round of social and fund-raising events alongside providing fantastic support at races and regattas.​ 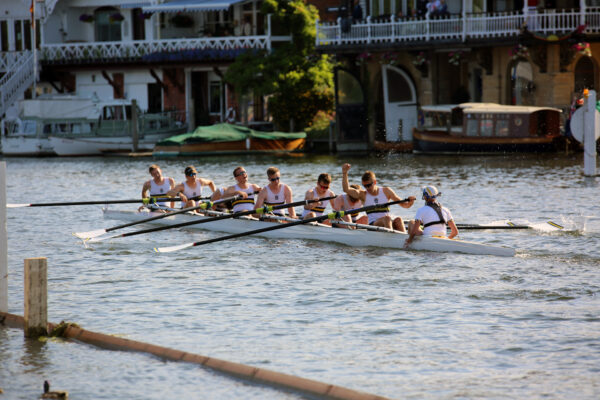 Rugby is the major sport in the autumn term. At the junior level, all pupils take part in rugby during games lessons and those involved in various age group squads will have an additional after-school training session. Fixtures may take place in games lessons but most will take place on Saturday mornings.

Blue Coat plays three teams (and occasionally four at U12 and U13) in most age groups up to senior level and have enjoyed increasing success in recent years. Teams play in the County Cup each year, except for U15 and U18 teams, who are Daily Mail Cup entrants.

In November each year, the school hosts the Berkshire U12 Rugby Festival, a tournament that was inaugurated in 2008 and now involves 40 teams and around 650 players from more than 30 Berkshire schools.

Every Easter, our U15s tour to Ligugé (the twinned town of Sonning) and La Rochelle in France, where they play both rugby and football.

Touch Rugby is becoming increasingly popular at Blue Coat and the school now fields four teams in the Thames Valley region of the In 2 Touch league.  Touch Rugby is a minimal contact sport that emphasizes running, agility and ball-handling skills and is played by both men and women.

Rugby 7s has recently been introduced at Blue Coat and we currently have a Senior team and an U16 team. 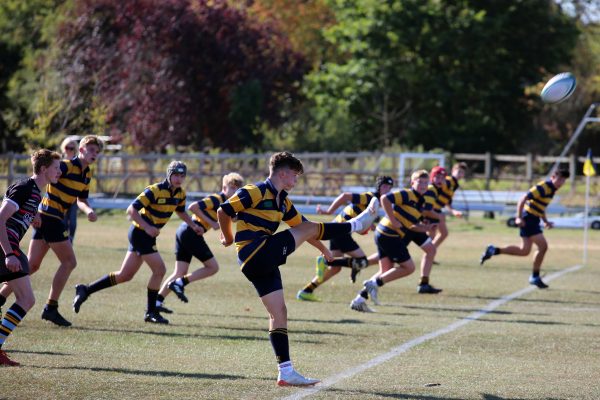 The philosophy for girls’ sport at RBC is definitely ‘Sport for All’, promoting involvement in sport and physical activity with the aim of every girl leaving Blue Coat with a sport they can continue at University and beyond.

We want all girls to enjoy their sport, maintain a healthy lifestyle and to strive for excellence in their chosen sport. All girls have the opportunity to represent the school in a number of different sports. We endeavour to accommodate all girls’ interests and if there is enough demand for a sport then we will attempt to make this available. For those girls who do not enjoy competitive sports, we have other fun options available.

This is the most popular girls sport at RBC. In recent years, the club has fielded four squads each representing the school on a weekly basis in regular fixtures against other schools. Fixtures are in the Spring term, mainly on a Wednesday afternoon but there are a few on Saturday’s. Training takes place throughout the Autumn and Spring Term often twice a week, one session after school and one during a lunchtime. The range of abilities is vast with some girls reaching the heights of England representation and others simply playing for enjoyment. Whatever the ability there is a team for everyone. The Netball Club welcomes all girls with a willingness to play and enjoy the sport.

A popular sport for some girls in the Autumn term. Fixtures are played weekly on a Wednesday afternoon and occasionally on a Saturday. Recent success for the girls has seen an increase in its popularity, with involvement in both outdoor and indoor tournaments at regional level. For girls wishing to continue hockey in the spring term, mixed hockey is an option. Training is once a week either at Reading Hockey Club or on the RBC MUGA (Multi-Use Games Area). All abilities are encouraged.

The summer term is a short term for some of the girls with exam leave, but rounders on a Wednesday afternoon is incredibly popular with the majority of year 12 and 13 girls playing and having fun. RBC usually hosts a tournament with local independent schools and fixtures are arranged when possible against other schools.

Girls’ rowing is growing at Blue Coat with experienced or novice rowers starting each year and building the girls senior squad numbers. Girls joining Blue Coat for the Sixth Form who have rowed before, have the opportunity to continue rowing as part of a vibrant boat club or if they have never rowed, learn how to row as one of many games options. In their time at RBCS, they can progress from complete novices to competent oarswomen, with the opportunity to race at a national level. Having the opportunity to learn to row will allow many to choose to take the sport further when they leave the school, either with a club or with their university. Rowing is a popular option, as the camaraderie of the Boat House is infectious, and the challenge of learning a new skill is really exciting. 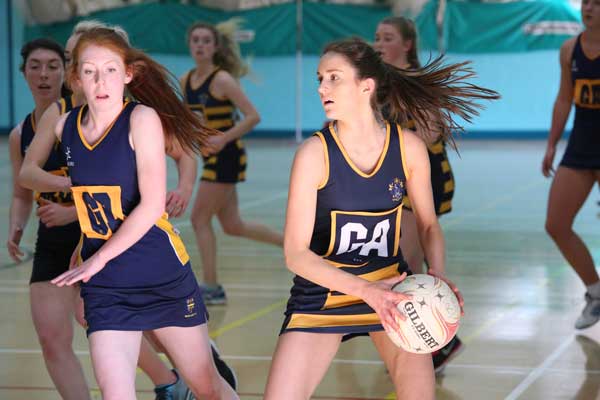 Both Athletics and Cross Country have a large participation base across the school, making use of the excellent facilities available.

We have one of the best and most scenic cross country courses in the region and compete successfully in local leagues and championships. In the English Schools Cup competition, the school has reached the national finals eight times in the past nine years becoming national champions in 2014.

Our 300m grass track and all weather field events area allows many to practice and participate in athletics events. Many of our students are heavily involved with inter-school matches as well as local and national competitions regularly reaching regional finals. In both athletics and cross country we regularly have a number of athletes representing the county and in recent years, three have progressed on to represent their country.

Although time is short during the summer term with examinations on the horizon, we still manage to fit in some competitive rounders.

The school uses its own recently refurbished courts, as well as those of the Berkshire Sports Club over the road from the school. Whilst not a regular competitive activity we have occasional ad hoc fixtures as this is one area we are looking to develop in the future. 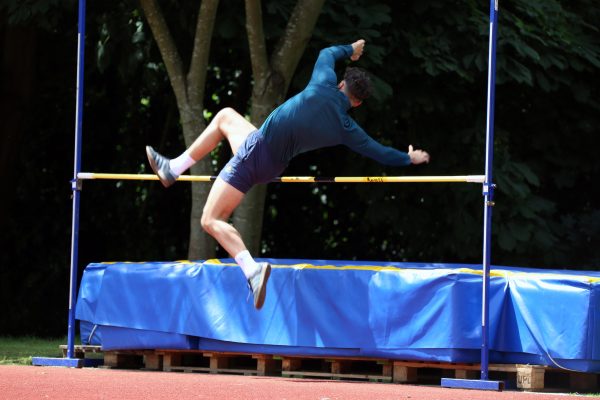 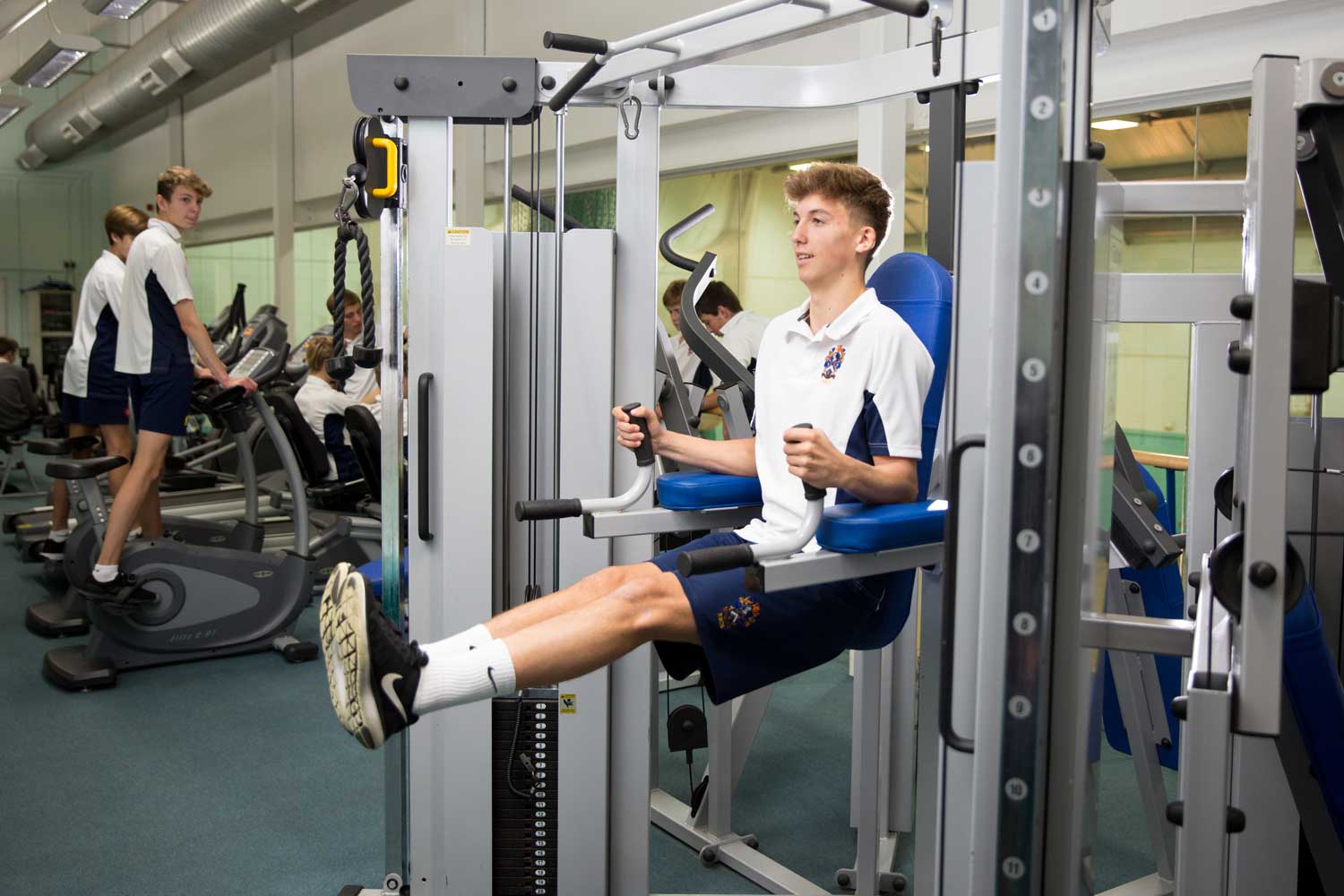 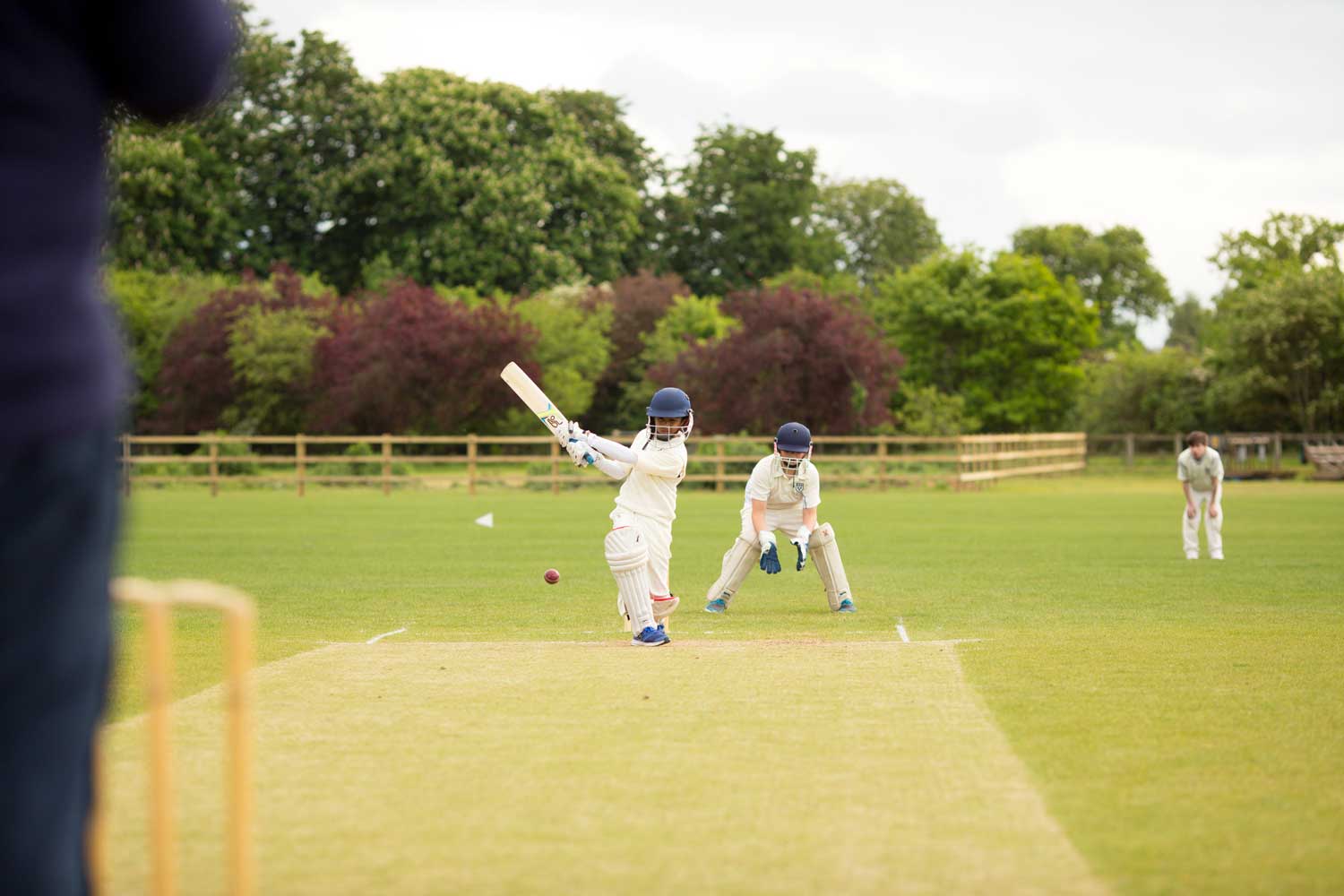 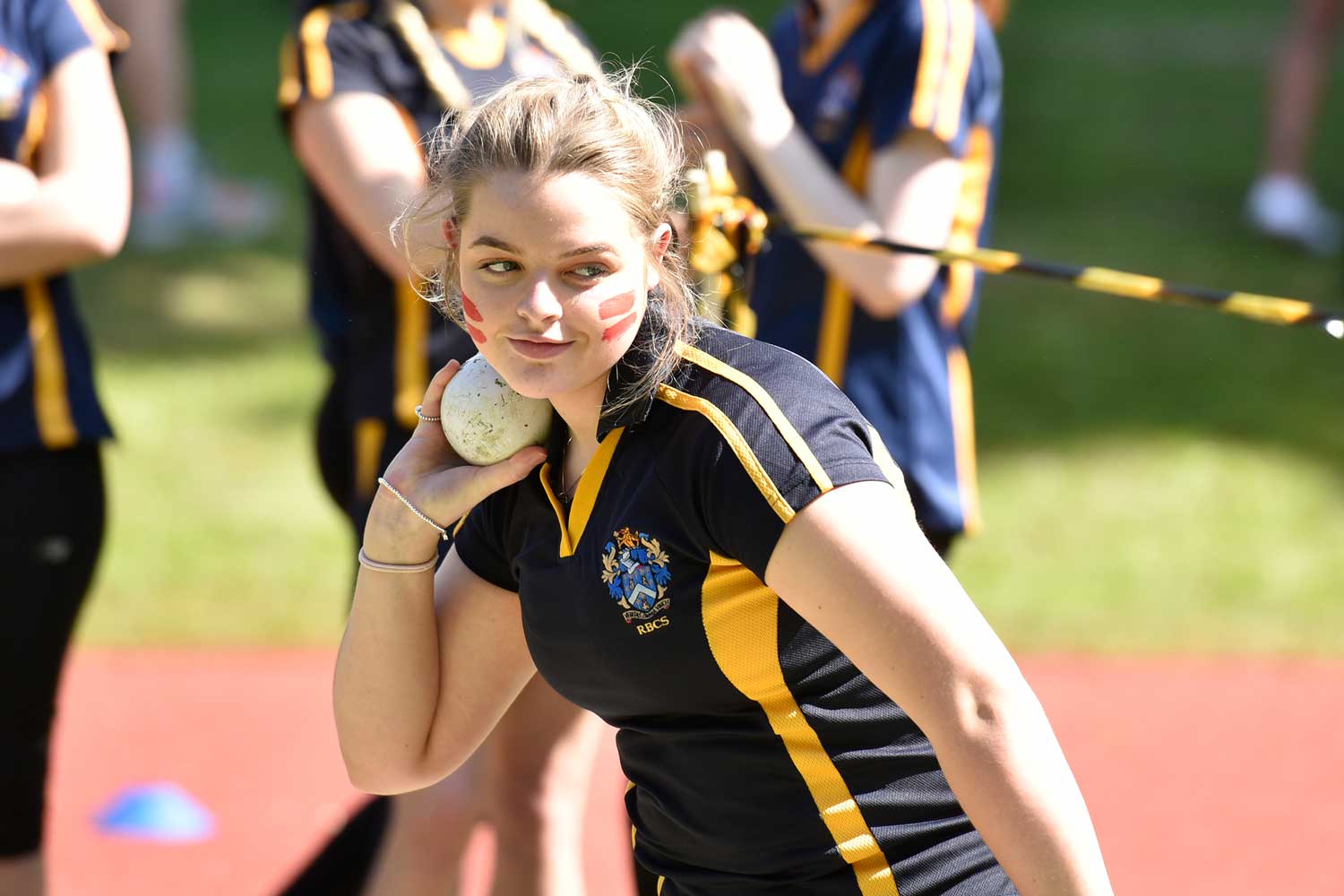 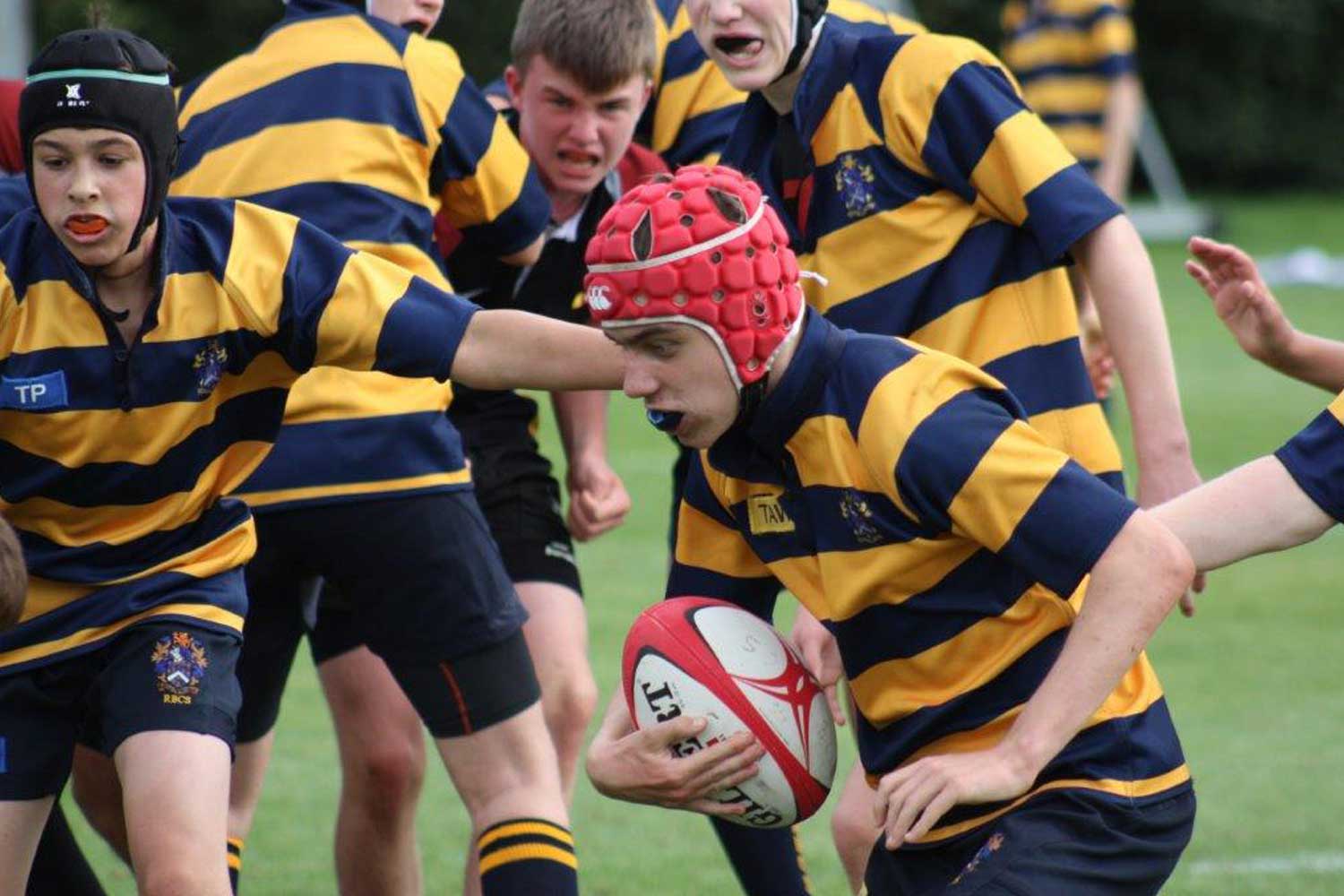 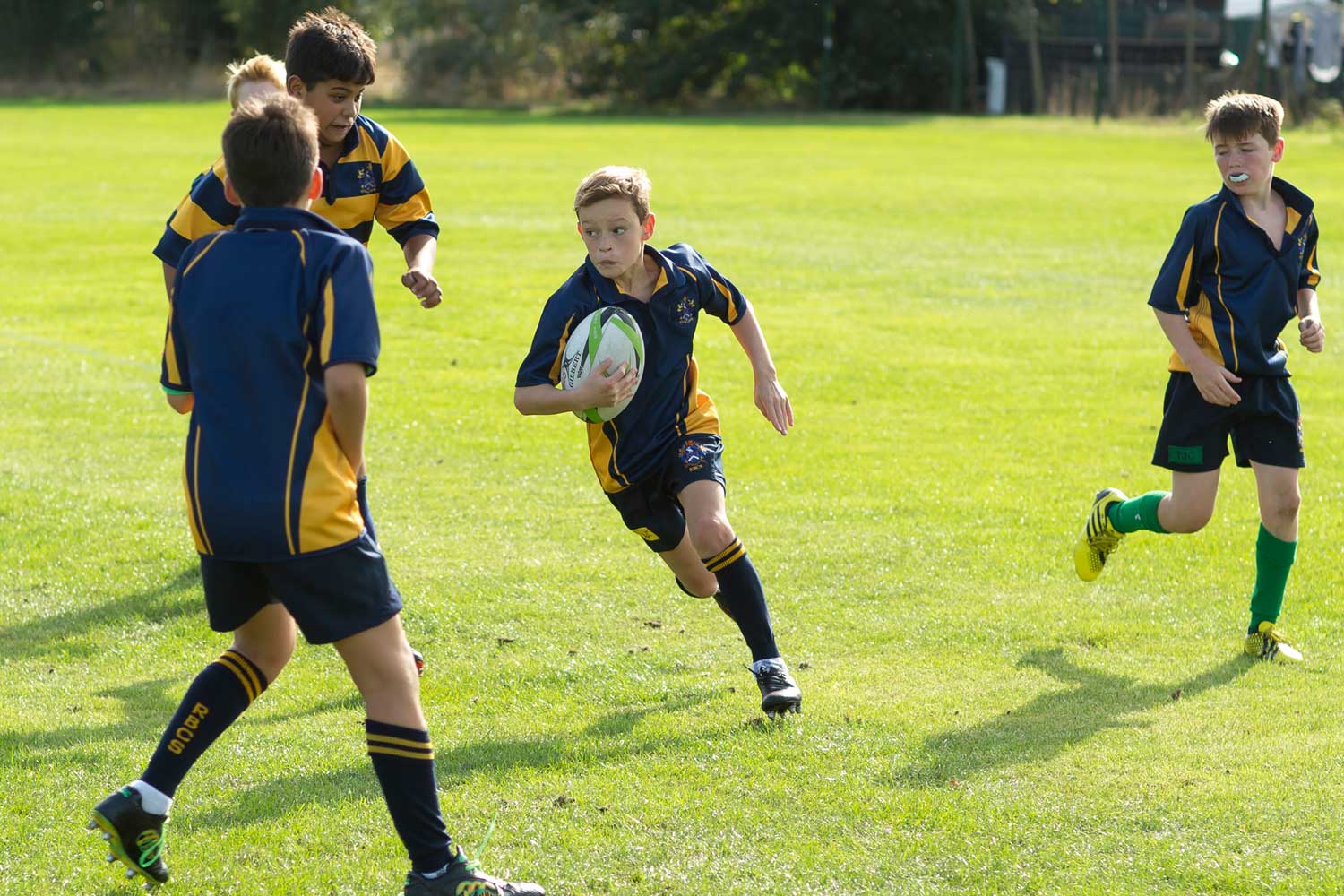 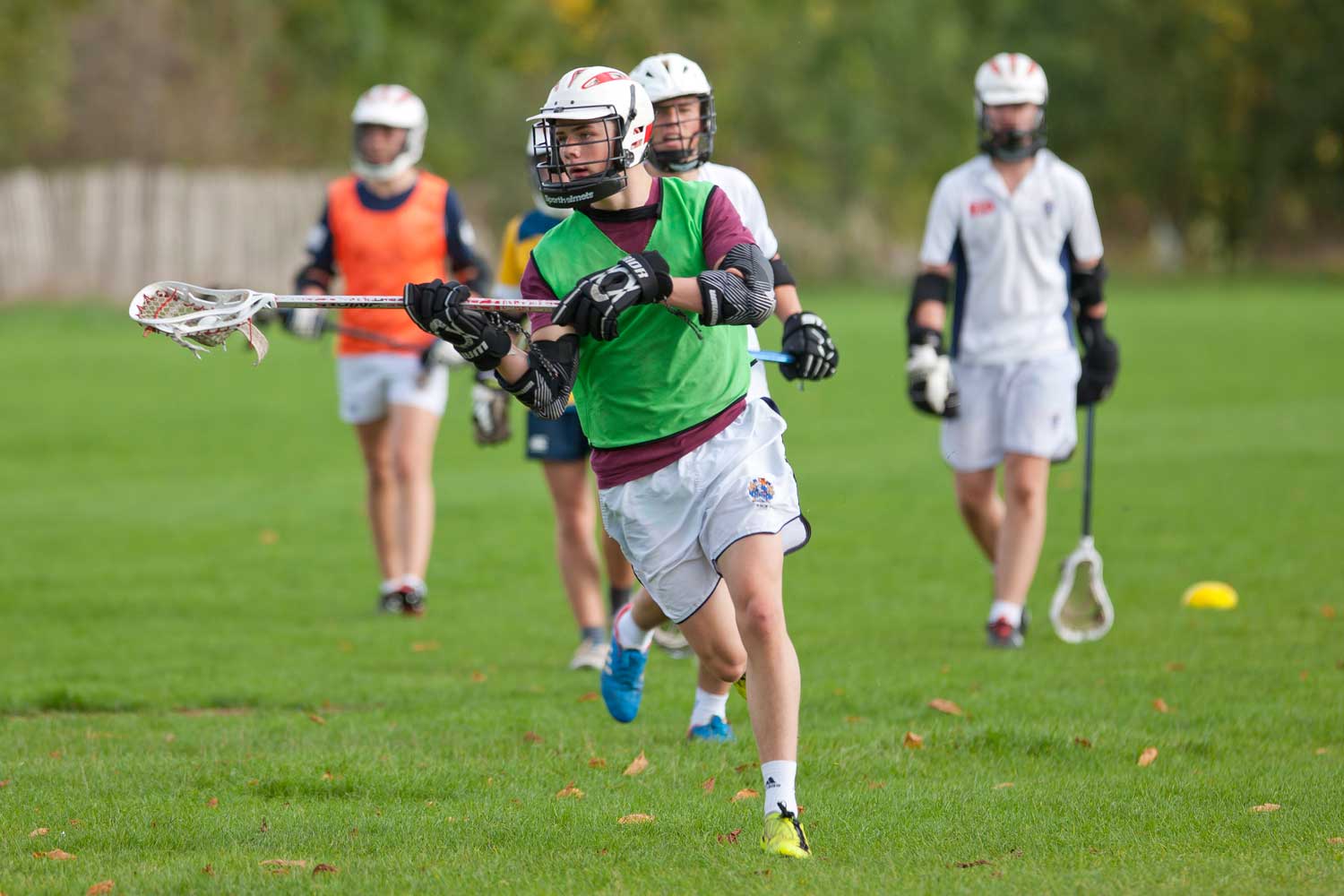 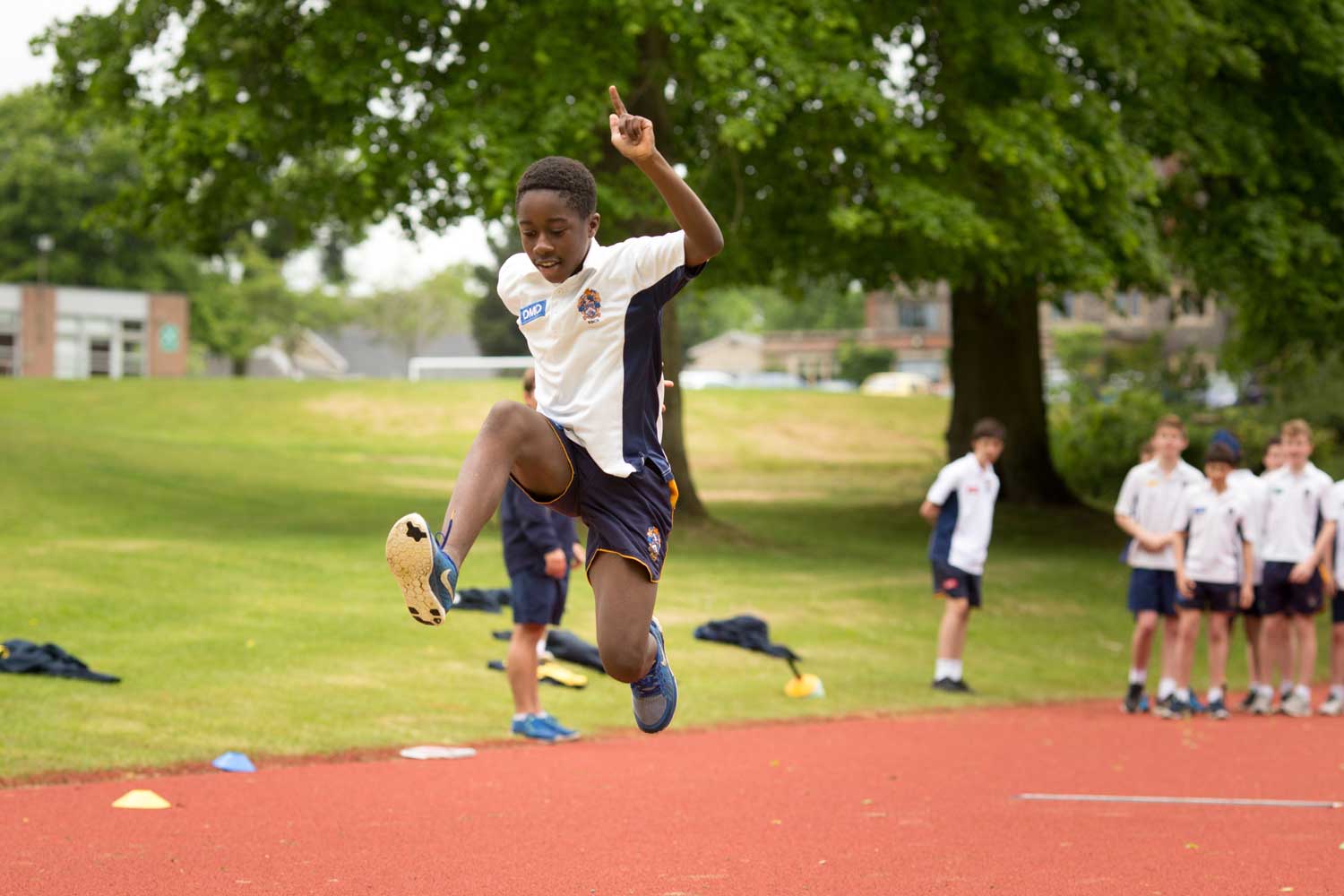 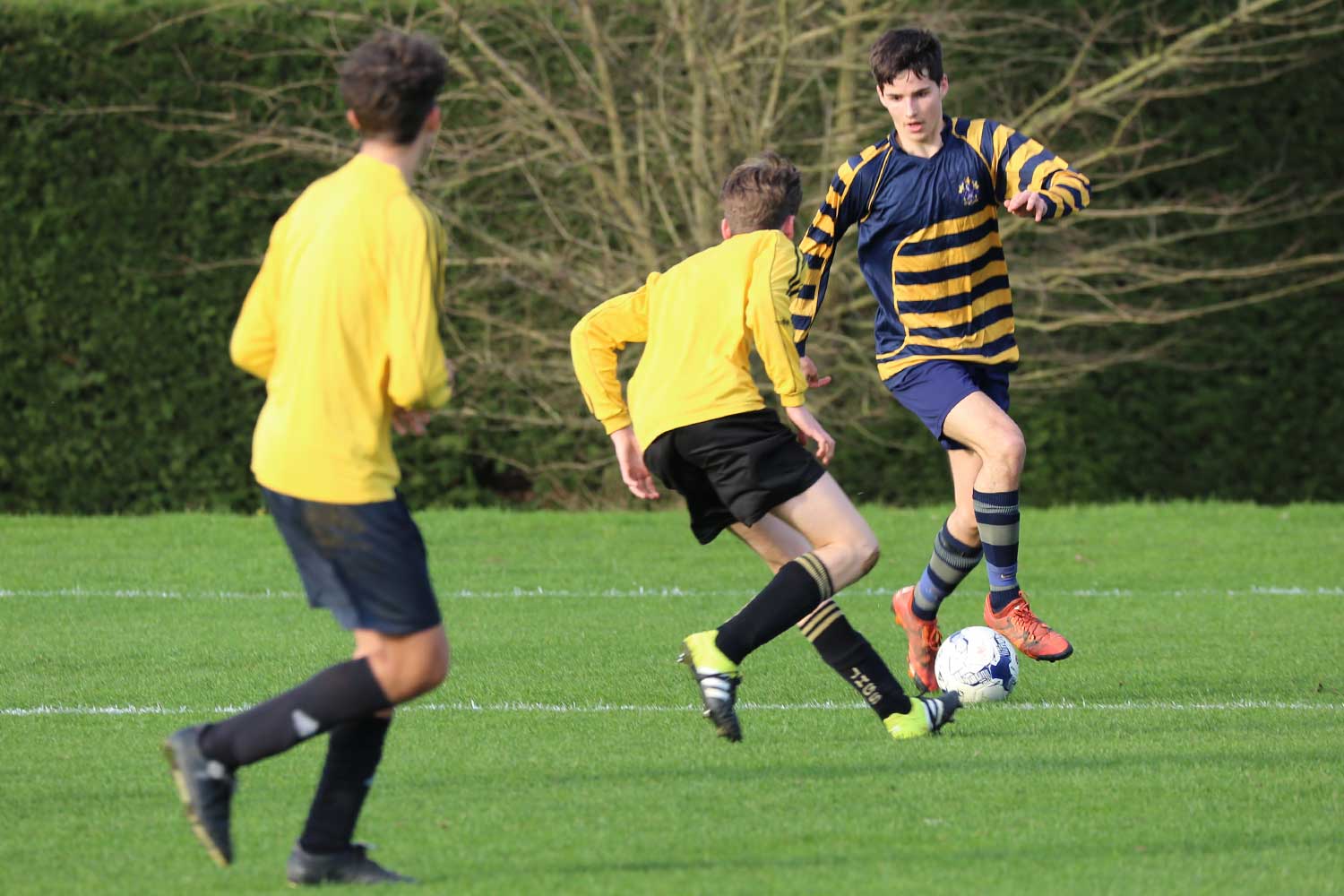 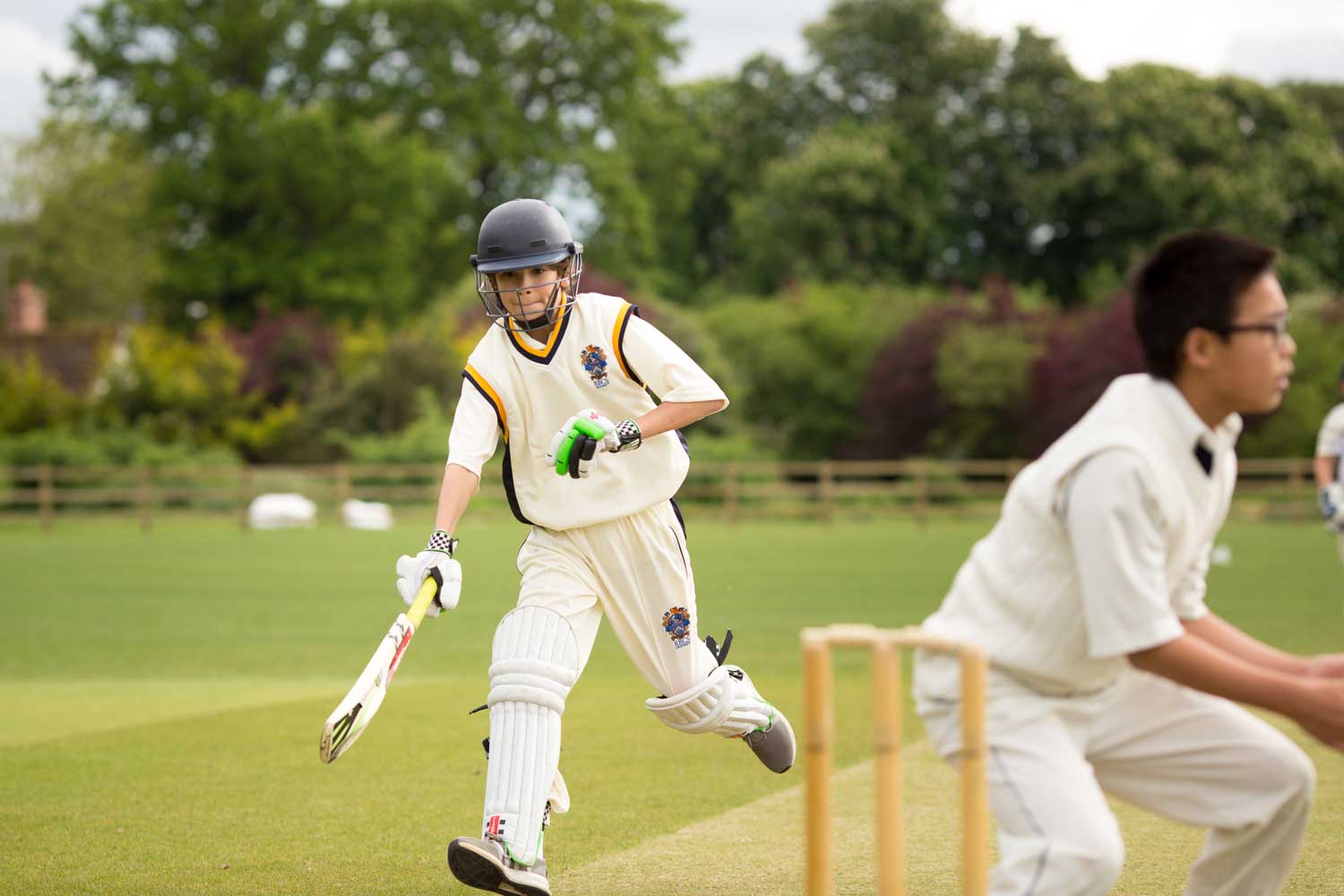 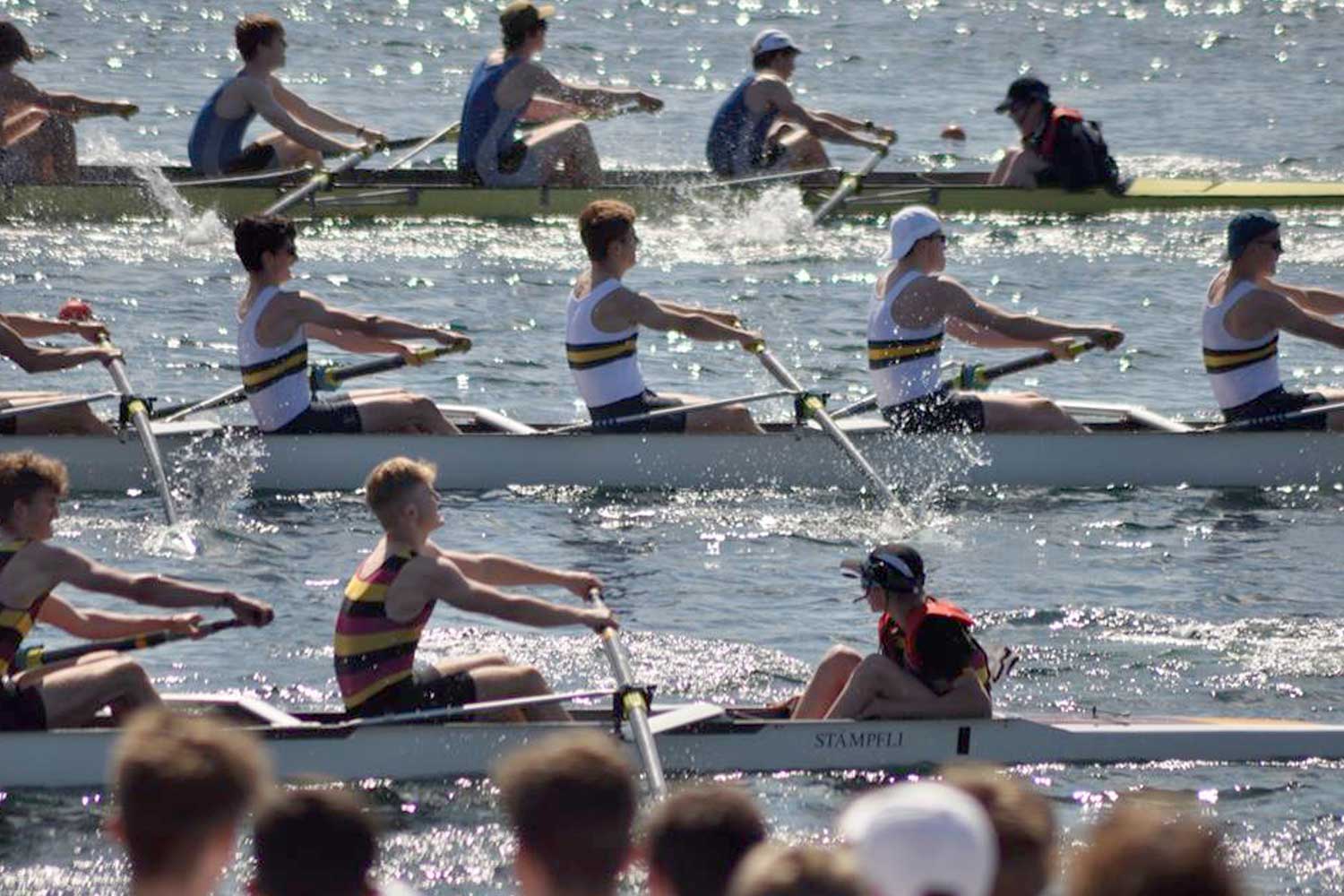 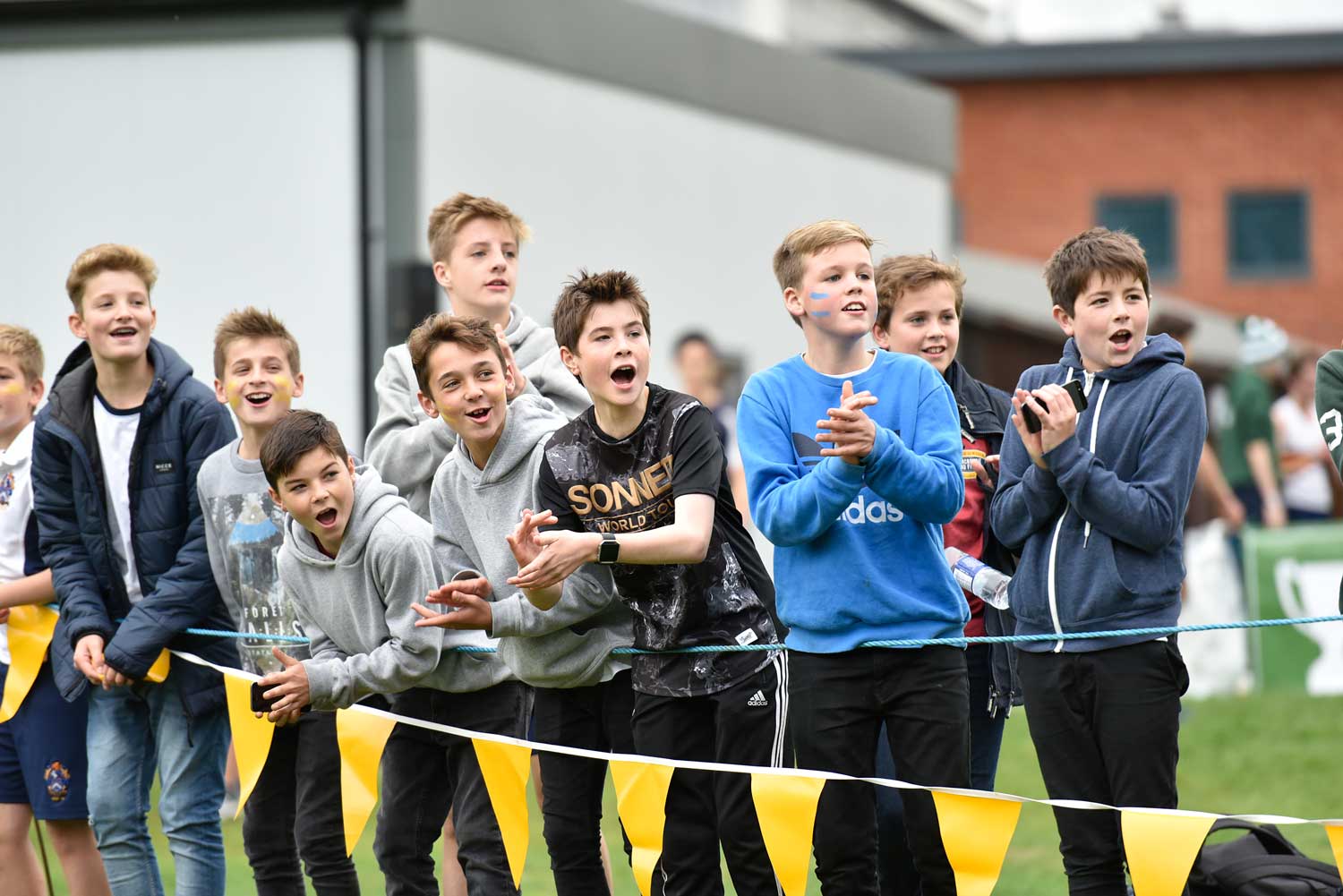 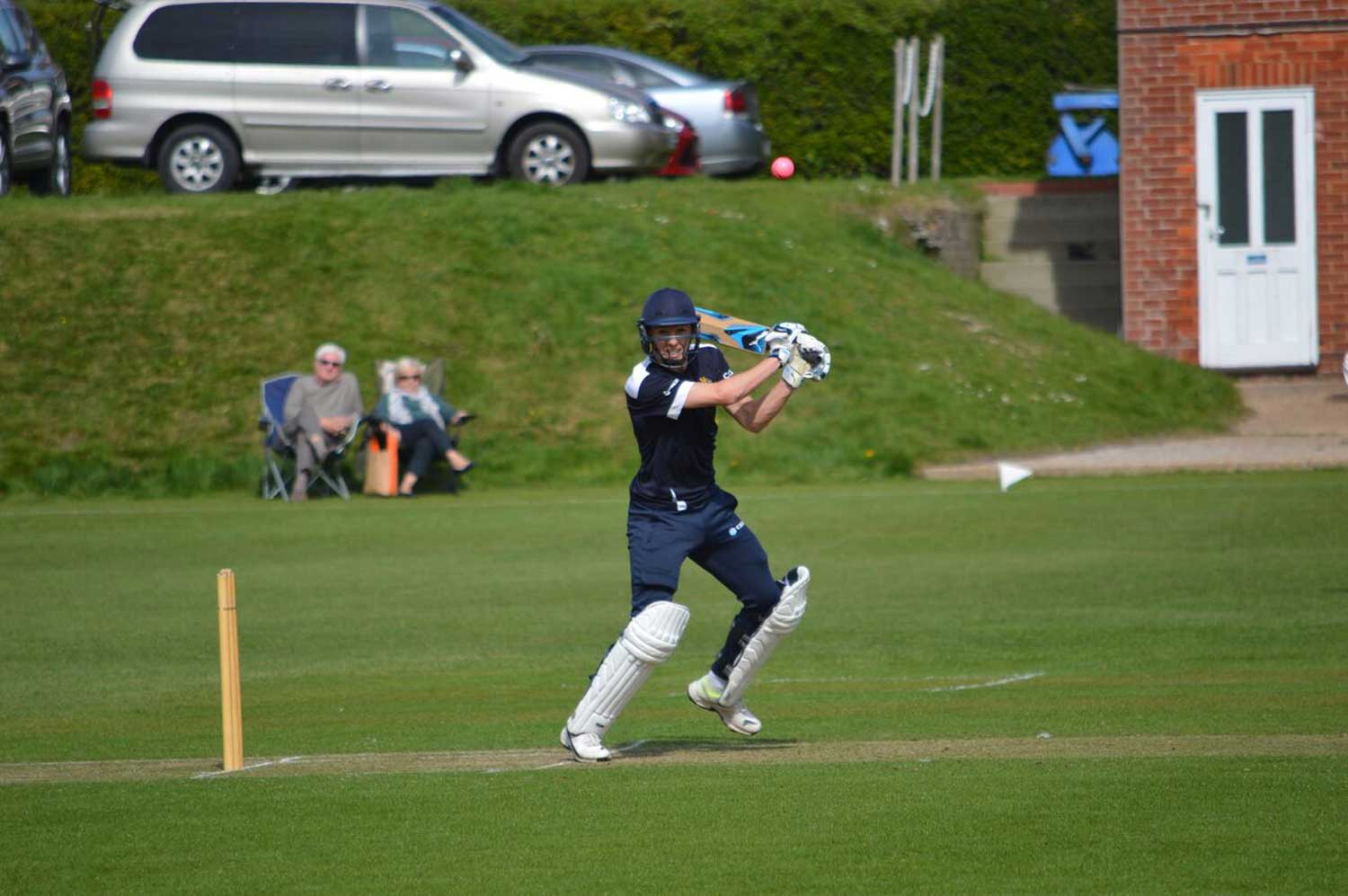 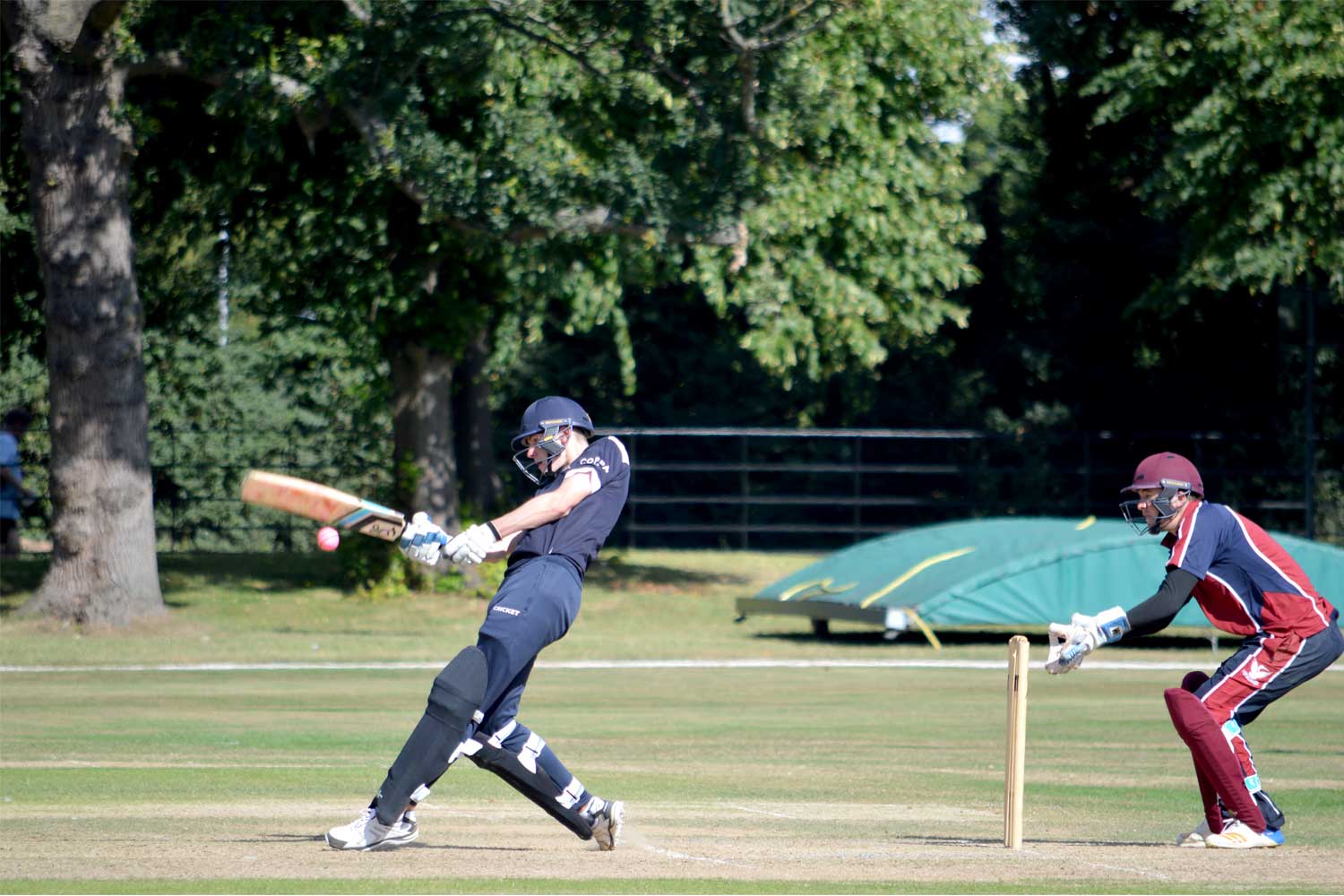 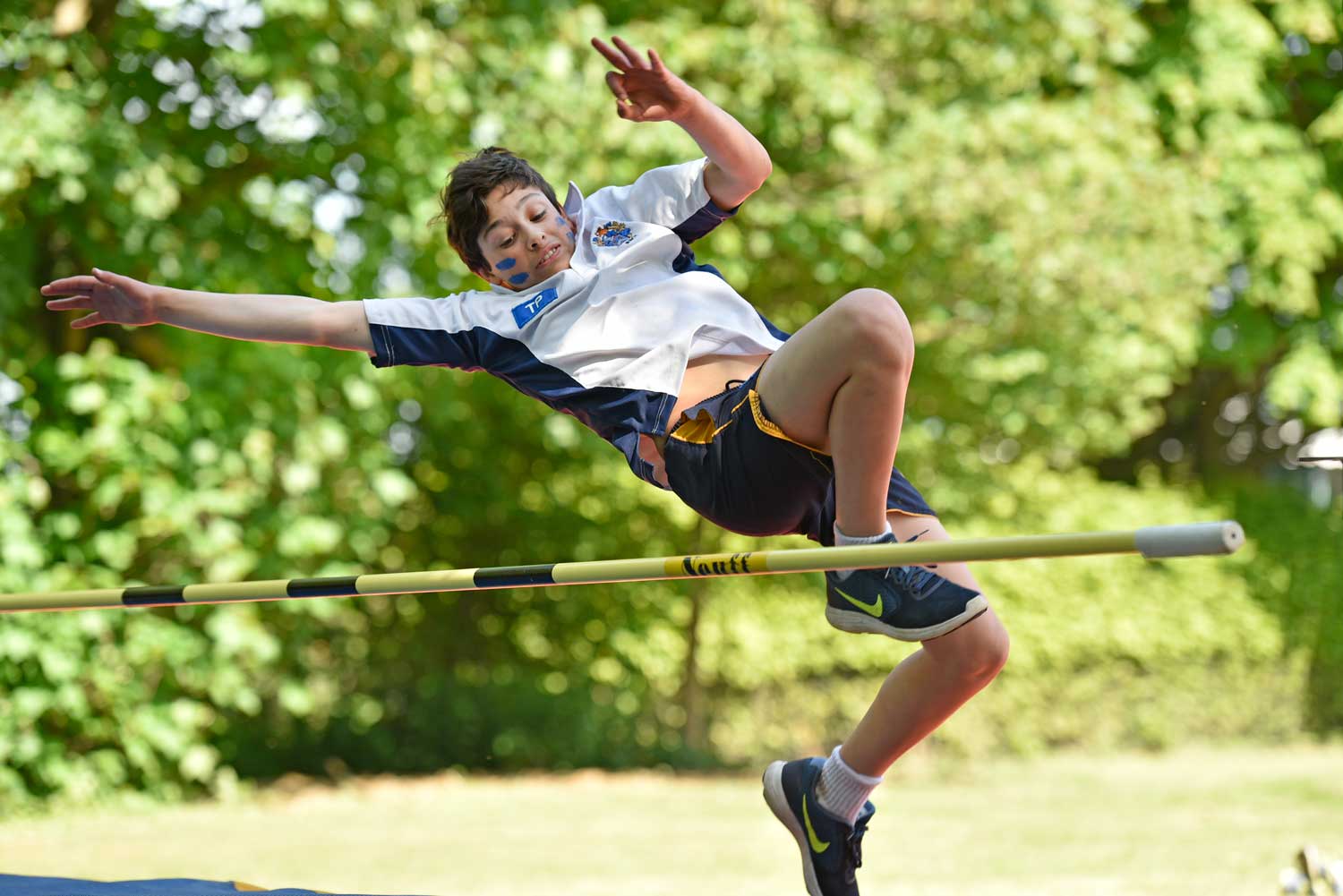 Music and Drama
Book an open event Apply online Keep exploring
We use cookies to ensure that we give you the best experience on our website. Click on the 'X' to accept our use of cookies, or 'Learn more' for more information. Learn more