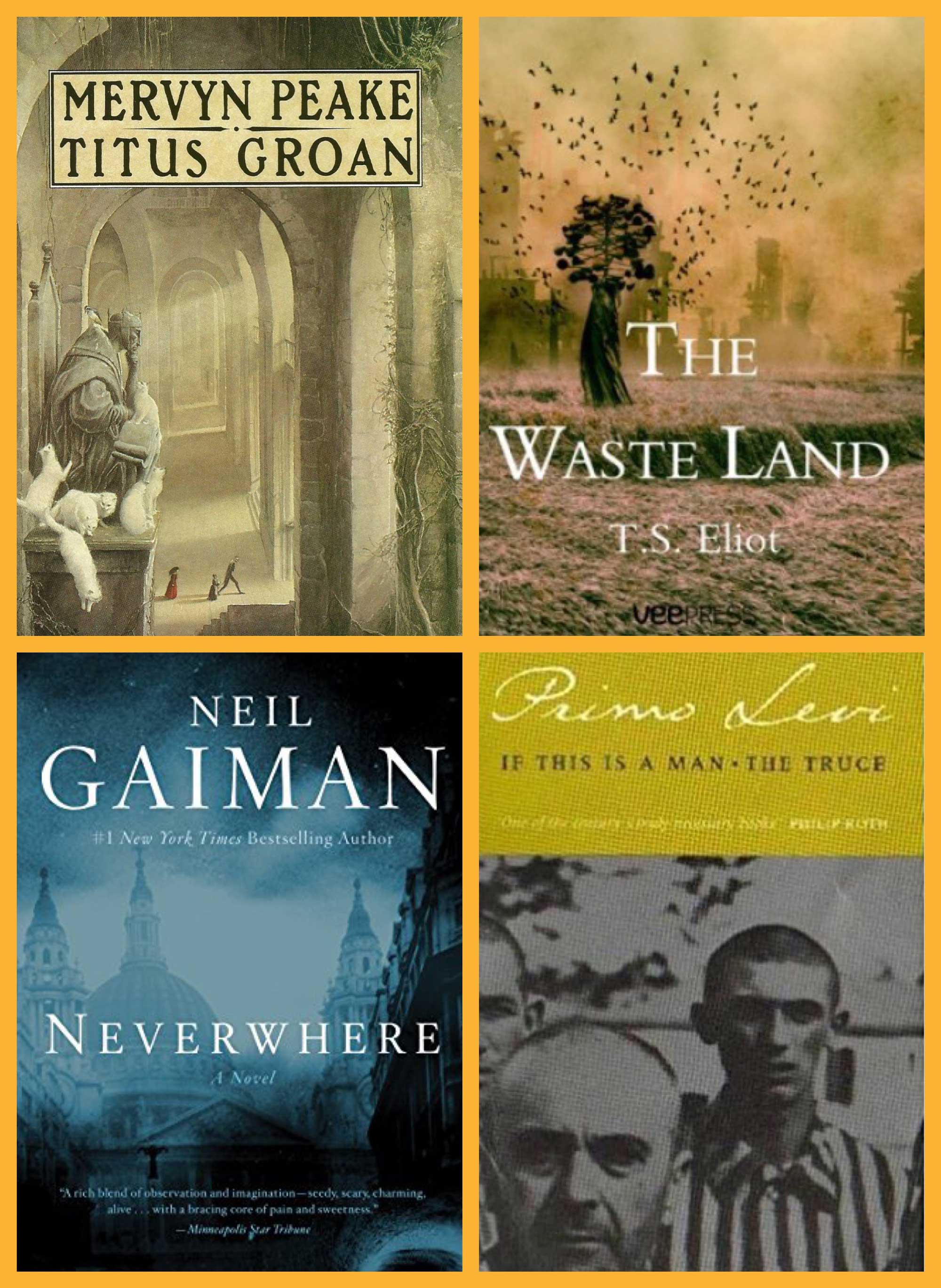 Blue Coat’s librarian, Miss Knight, has introduced a new “Four Books” series, in which members of the School community talks about four books that have influenced their lives and reading.

The inaugural guest was Head of English, Mr Stewart, who chose “formative books from my life that might have turned me on to literature”, as well as books that current students might be inspired to pick up and read.

Mr Stewart’s first book – actually books, as they’re linked – were Mervyn Peake’s fantasy novels, “Titus Groan” and “Gormenghast”. “I found them great page-turners when I was about 17”, he says, “and I found them interesting contextually”. Peake was a war correspondent and artist, and was one of the first people into Belsen when the camps were liberated; the books, in their darkness, show how he was haunted by the shadow of what he saw. They also reflect the social changes that happened after the war, and the decline and degeneration of the privileged class.

Mr Stewart described his second choice, “The Waste Land” by TS Eliot – which he studied at A Level – as “the poem of my life”. “The Waste Land” is another book of war – this time of World War I – which he sees as “a great poem of cultural loss, and a great poem of London”.  He emphasised, though, that it is important to recognise the effective and evocative economy of language in the poem, rather than just seeing it as a literary puzzle and focusing on the references and allusions.

“Se questo è un uomo” (“If This is a Man”) by Primo Levi, Mr Stewart’s third choice, is about Levi’s experience in Auschwitz, which was written within two years of the end of World War II and in which Levi was trying to come to terms with something that it is, essentially, impossible to come to terms with. “The detail is very powerful”, Mr Stewart said; “it emphasises things that are seemingly banal but, in the context of the time, became very important”. Mr Stewart believes that books that are about the Holocaust are always relevant, “but especially now in the time of the rise of the alt right”. With a mention of John Boyne’s “The Boy in the Striped Pyjamas” and Morris Gleitzman’s “Once” series, he said: “It’s wonderful that we’re finding new ways to tell young children about the Holocaust”.

Mr Stewart’s final book was something “a little lighter” – “Neverwhere” by graphic novel writer Neil Gaiman: another fantasy novel and “another great book of London”, Mr Stewart’s last choice is linked to his second, “The Waste Land”, in its “joy of London” and its focus on “the divide between rich and poor”.

We look forward to the next in the “Four Books” series.

Sixth Formers attend RS events in London Blue Coat U16 Rugby 7s team win Plate competition
Book an open event Apply online Keep exploring
We use cookies to ensure that we give you the best experience on our website. Click on the 'X' to accept our use of cookies, or 'Learn more' for more information. Learn more