Members of the new Falconry Club get up-close with raptors 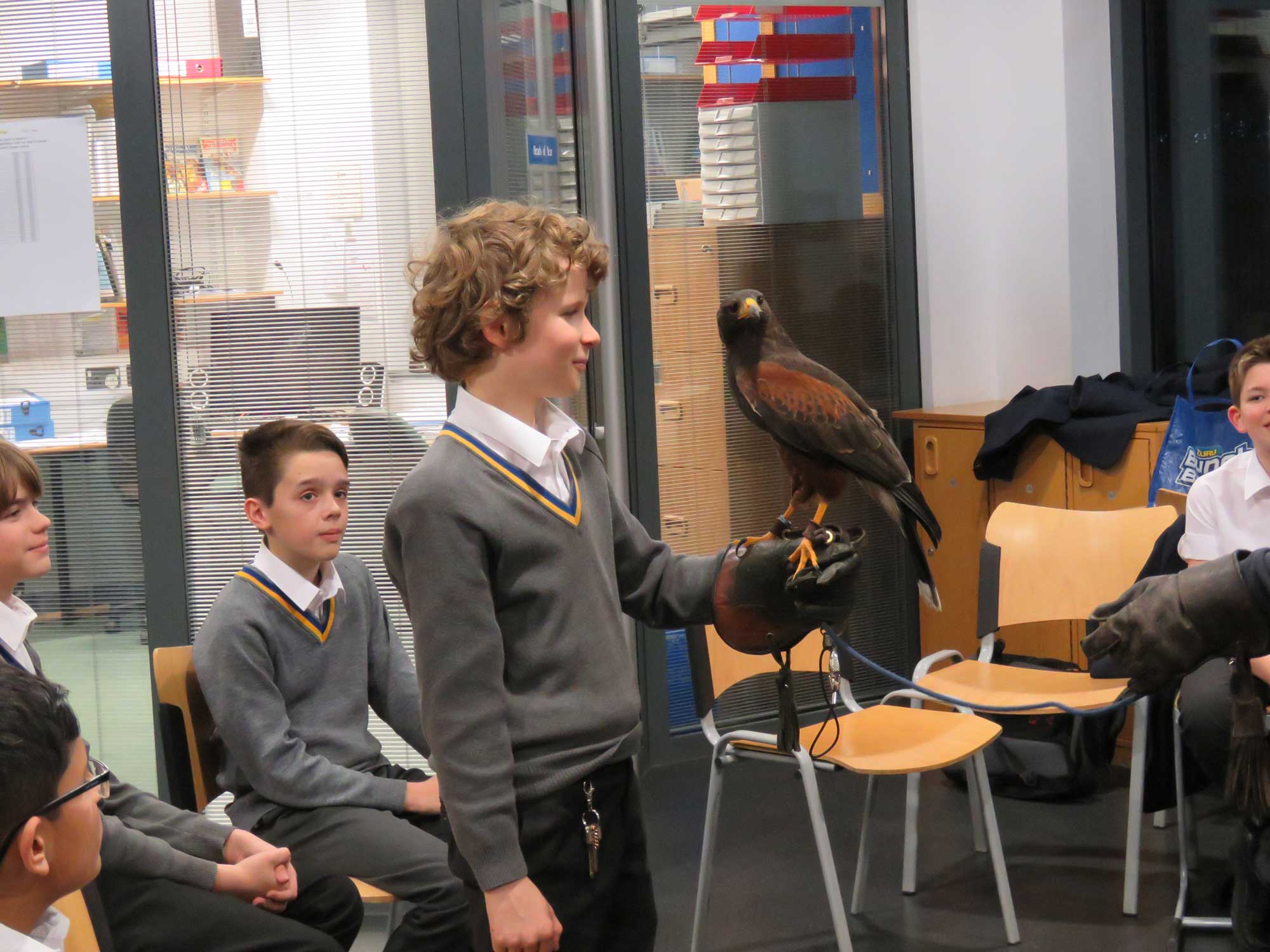 A group of our Year 7 and 8 students were fortunate enough to handle a Harris hawk at the inaugural meeting of Blue Coat’s Falconry Club last week.

“It was great to be able to see something up close that I’ve only ever seen from far away or in pictures,” Year 8 Rayyan Ferozdin said. “It was really fun”.

Geography teacher Mr Mitchell managed to secure raptor expert Sadie Shepherd, who started the Feathers and Fur Falconry Centre at Ladds Garden Village, to run Blue Coat’s Falconry Club. The club’s agenda is to allow the boys to meet various birds of prey and to learn the nuts and bolts of the centuries-old sport of falconry.  During the first session, Sadie talked to the boys about how birds of prey are defined as using their talons to seize their prey, she showed them all the equipment that is used in the sport, and she taught them how to tie a falconry knot. She then introduced them to her Harris hawk, Milo, which was born at the Fur and Feathers Falconry Centre.

Year 8 Tom Jesty enjoyed the first meeting of the club because he gleaned “a lot of information about a lot of stuff I haven’t done before – or haven’t done in as much detail”.

Future sessions of the club will cover cutting up food, owls (which are not, strictly speaking, birds of prey), pellet dissection, tracking, lure swinging and Peregrine falcons.

Learning about Latin in Londinium Lego Robotics Club in good form at competition
Book an open event Apply online Keep exploring
We use cookies to ensure that we give you the best experience on our website. Click on the 'X' to accept our use of cookies, or 'Learn more' for more information. Learn more