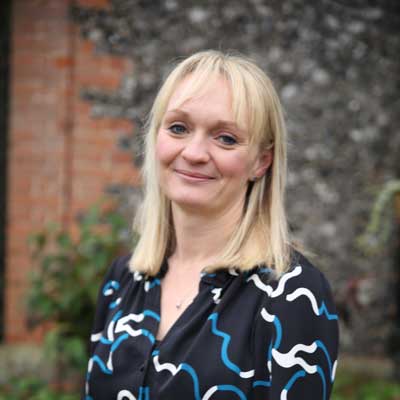 Alexandra was educated at Millfield School in Somerset. She then studied Music at New College, Oxford University, graduating with 1st Class Honours. She competed in and won the Women’s Lightweight Boat Race against Cambridge, earning a full Blue. After Oxford, Alexandra went to the Royal Military Academy Sandhurst and commissioned as an Army Officer in the Intelligence Corps. She served for five years, completing two operational tours of Afghanistan, and was also Captain of Women’s Army Rowing. After leaving the Army, Alexandra worked in the City as an Aerospace and Defence Equity Research analyst for Redburn and subsequently Edison. Alexandra joined Blue Coat in 2017 as our Assistant Bursar.

Away from School, Alexandra enjoys road cycling and running, and she is loving the fact that working at Blue Coat means she can get out in a boat on the river occasionally. She is also a keen musician, playing the violin and piano. She has two young children.

Claire Knight Andrew Colville
Book an open event Apply online Keep exploring
We use cookies to ensure that we give you the best experience on our website. Click on the 'X' to accept our use of cookies, or 'Learn more' for more information. Learn more