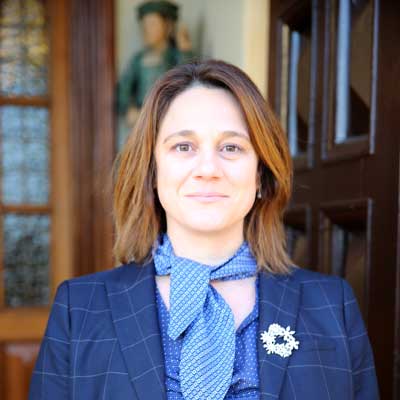 Barbie teaches English, Film Studies and French at Blue Coat, having read English and French at Southampton University, and then completing an MA in Media, Culture and Communication with the Institute of Education.  During her career, Barbie has taught in France, Australia and the United States, before joining RBCS in 2011. Since her arrival, she has taken on the roles of Professional Tutor and Teacher in Charge of Film Studies and, more recently, and has been awarded the status of Founding Fellow of  the Chartered College of Teaching, as well as being a mentor for their programme.

Outside of school, Barbie is an allotment holder, and volunteers to work in the trading shed on the allotment site. She loves the snow, skiing, Pilates and Yoga.

Dr Andrew Worrall Mr Matt Wharton
Book an open event Apply online Keep exploring
We use cookies to ensure that we give you the best experience on our website. Click on the 'X' to accept our use of cookies, or 'Learn more' for more information. Learn more