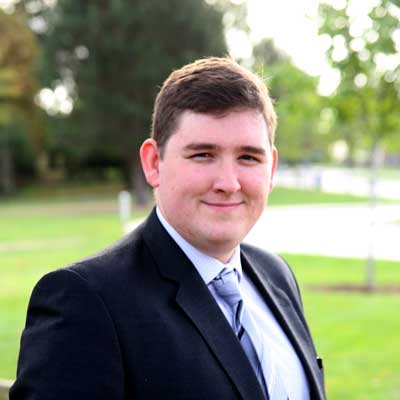 Hailing from Cardiff in Wales, David’s first love was performing. After travelling the globe (and learning to play the didgeridoo in Australia), David returned to performing for his BA in Music Theatre at the University of Central Lancashire, where he also joined the University Choir, touring the south of France in the summer term. While he was studying for his degree, David volunteered as an actor to help train the police in suspect interview techniques.

After graduating, David worked at Cardiff Museum (where he joined their choir), whilst working as an actor helping to train doctors in dealing with patients. After training as a teacher in Wales, David first taught in Uxbridge before moving to Reading Blue Coat in 2018, where the pupils surprise him every day.

Aside from his love of teaching, David’s other interests include  musical theatre, skiing, watching Wales win at rugby, and travelling as much as he can.

Mr Howard Williams Sean Lambert
Book an open event Apply online Keep exploring
We use cookies to ensure that we give you the best experience on our website. Click on the 'X' to accept our use of cookies, or 'Learn more' for more information. Learn more