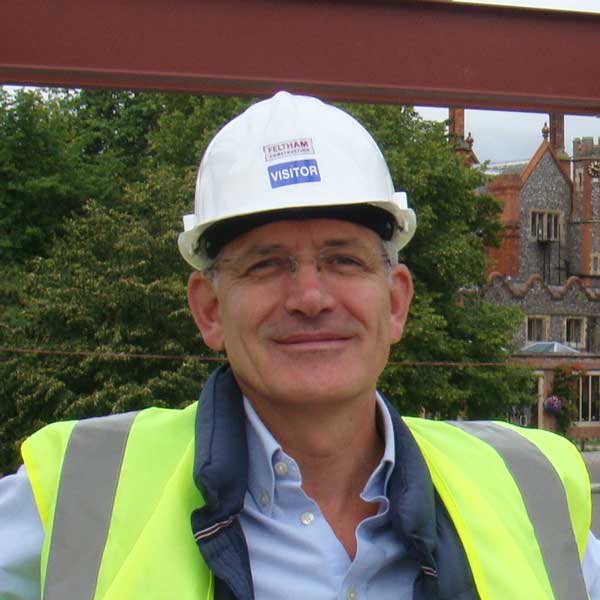 Simon has been Bursar at RBCS since 1st April 2009, during which time pupil numbers have risen from 660 to 760; significant building work has been completed, including the Richard Aldworth Building and the Design and Technology Centre; and the School has featured in the Daily Telegraph list of the Top 10 Best Value Schools in the Country on three occasions.

Simon was previously Bursar of Bearwood College (now Reddam House; 2004-09) and Assistant Bursar of St Paul’s School, London (1994-2004).  He has an Honours Degree in Life Sciences (Westminster) and an MBA (Kingston).  Prior to that, he spent 12 years in the Army, attaining the rank of major in the infantry.  He travelled extensively and lived in Germany and Hong Kong.  He is a sub-aqua diving instructor and, together with his wife, keeps a boat on the Thames in Henley.

Mr Charles Hubbard Mr Clive Litten
Book an open event Apply online Keep exploring
We use cookies to ensure that we give you the best experience on our website. Click on the 'X' to accept our use of cookies, or 'Learn more' for more information. Learn more