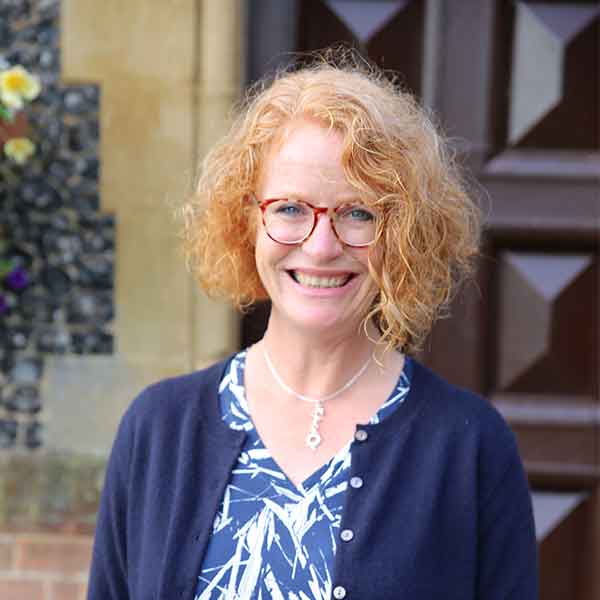 Head of History Tanya van der Werff studied Modern History at Jesus College Oxford (where she was captain of the Boat Club) and went on to do her PGCE at Caius College Cambridge (where she rowed in the 1st IV). She started teaching at Blue Coat in 1991, and has been coaching girls’ rowing since then. Tanya was Blue Coat’s first female Housemaster, as head of Aldworth, but had to give up the post when she took up the role of Head of History. She was a Sixth Form tutor for 10 years, and organised Oxbridge group visits to Oxford and Cambridge; now she is a middle school tutor.

Tanya has “enormous belief in the value of learning outside the classroom” and has led Blue Coat’s Outward Bound trip for several years and has led or participated in numerous ski trips. She has also been Officer in Charge of the Royal Navy Section of Blue Coat’s Combined Cadet Force since 1996, and believes it is important to give girls opportunities to be involved in the CCF.

Because of her love of travel, Tanya set up RBCS overseas expeditions in 1996, and the 2017 expedition to China was the 20th anniversary of her first expedition – to Peru – in 1997. “I make the most of my holidays!” she says. Tanya also leads expeditions for other schools and is a qualified Mountain Leader.

Outside school, Tanya has been actively involved with dragon boating for 15 years – to satisfy her competitive nature and for the enjoyment of speed on water and participation in a precision team sport. Tanya belonged to the Henley Dragons, and competed for GB in six international events:  in the GB open team in 2008 and with the seniors, with whom she has won medals in four European Championships and three gold medals at the 2015 World Championships in Canada. She recently started rowing again at the Upper Thames Rowing Club – and is loving it.

Tanya always has a book on the go and for the last few years has tried to get to the Hay-on-Wye and Henley literary festivals.

She believes in trying something new each year – and tries to show students that you get out of life what you put into it, and that you need to recognise and take opportunities whenever they present themselves.

Chris Bond Will Gilbertson
Book an open event Apply online Keep exploring
We use cookies to ensure that we give you the best experience on our website. Click on the 'X' to accept our use of cookies, or 'Learn more' for more information. Learn more