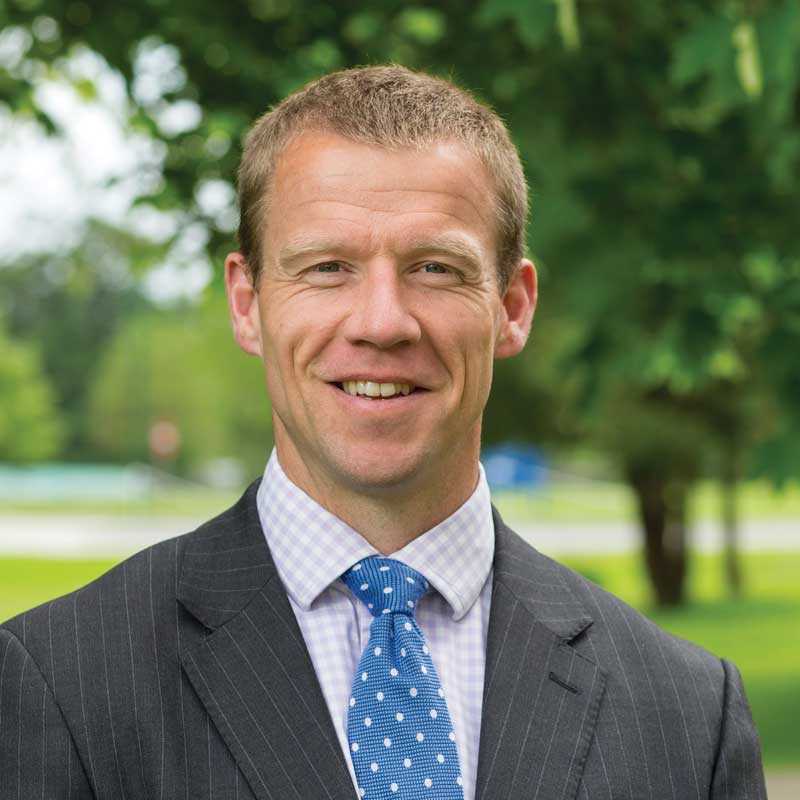 Peter joined Reading Blue Coat in September 2015 as Second Master and takes over as Headmaster from September 2020.

Born and raised in Horsham, West Sussex, Peter enjoyed sport and read Geology at Durham University, before working for five years as a Response Officer for Sussex Police. A move into teaching began at The Judd School in Tonbridge, where he taught for two years, before joining Dauntsey’s School Geography Department. Peter was Housemaster of both Day and Boarding Houses and, amongst other things, enjoyed coaching football and rugby and running the Christian Union.

Peter and his wife Emily, a language teacher, are parents to four sons, and their mostly obedient Labrador, Arthur.  ‘Down time’ means time as a family, perhaps enjoying some camping, being involved with a church and enjoying the delights of the Blue Coat area.

Miss Tanya van der Werff Mr John Slack
Book an open event Apply online Keep exploring
We use cookies to ensure that we give you the best experience on our website. Click on the 'X' to accept our use of cookies, or 'Learn more' for more information. Learn more