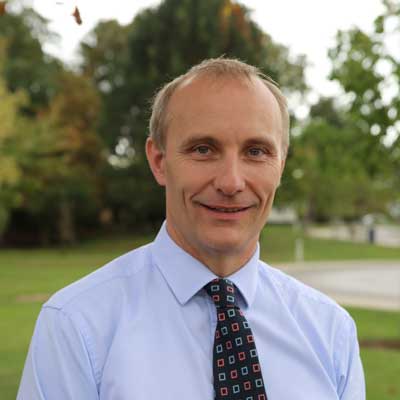 Sean read Latin with Greek and Linguistics at Exeter University and was an Army bursar. After a training injury cut short his army career, he trained as an accountant with Arthur Andersen in Reading and subsequently worked in recruitment and HR for Michael Page Finance, Accenture, IBM and Merrill Lynch, where he headed up Graduate and MBA Recruitment for Europe for the Investment Banking Division.

Sean decided to become a teacher in 2002 and, after a short spell at Abingdon, spent four years at St Paul’s in London, 10 years at Eton as Head of Year 12 and a House Master, and two years at Benenden as Deputy Head.

He has two daughters at the Abbey School, and is passionate about rugby, skiing and wine.

David Hales-Beck Allan French
Book an open event Apply online Keep exploring
We use cookies to ensure that we give you the best experience on our website. Click on the 'X' to accept our use of cookies, or 'Learn more' for more information. Learn more