Ben was at Blue Coat from Year 7, and took full advantage of everything that the School had to offer him. A 1st VIII rower, a member of the Navy section of the CCF, and a member of the chorus in the School’s musical production, “Little Shop of Horrors”, Ben was a public speaker, who came 17th in the Impromptu Speaking category at an international public speaking competition in Canada in October 2018. Ben is an accomplished artist who hopes to start a side business selling prints of his impressive wildlife paintings.

One of Ben’s Blue Coat highlights was the German trip to Berlin in Year 9 because, he says, “it was an incredible cultural experience and a lot of fun”.  He finds it hard to pin down any other highlights because there are so many.

Ben decided to apply for the role of Head Boy because, he says, “ 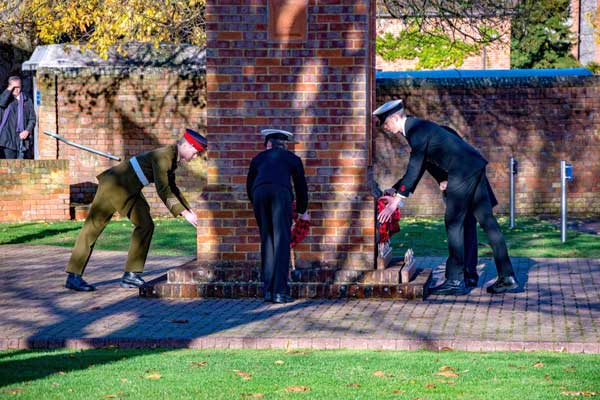 since I started at the school, every Monday morning, the Head Boy stood up at the front and I always wanted to do that.” Ben says he also “liked the role of responsibility and the opportunity to change the school for the better”. His favourite part of the role was the ability to interact with the whole school, “Sixth Form can be a little island”, Ben says, “so it’s nice to chat to Year 7s and see how they’re doing.”

Ben studied Biology, Chemistry and Art at A Level, and he already had an A Level in Maths! Ben achieved two A*s and an A grade this Summer, and started his studies of Biomedical Sciences at University College London in September 2019. We wish him every success and thank him for his dedication to Reading Blue Coat!

Emily, Senior Prefect – Year 13 Alex, Year 9 Historian.
Book an open event Apply online Keep exploring
We use cookies to ensure that we give you the best experience on our website. Click on the 'X' to accept our use of cookies, or 'Learn more' for more information. Learn more