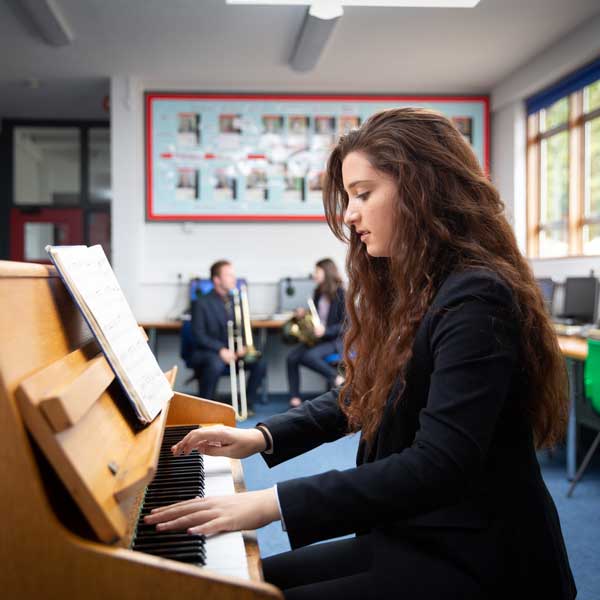 Emily joined Blue Coat in September 2018, not just because her twin Isaac was already here, but because she was looking for a challenge.

Emily studied Music as an A Level subject; she’s currently doing Grade 7 in piano and singing, and teaching herself to play the guitar. She’s also in the inaugural Girls’ Chamber Choir and played a member of the girls’ group in Blue Coat production of ‘Little Shop of Horrors’.

Emily was an active member of the School Council, which involved talking to her peers about school issues and discussing possible changes. She also worked towards her Duke of Edinburgh’s Gold Award, which included an expedition to Nepal.

Emily’s other A Level subjects were Chemistry and Biology, and she also took on an Extended Project Qualification on the history of the effect of anaesthetic on the animal brain – as she hopes to become a vet. She was finally appointed as Senior Prefect in her final year at the School, and was a true example of a model student.

Oli, Old Blue (2020) Ben Freeman, Old Blue (2019)
Book an open event Apply online Keep exploring
We use cookies to ensure that we give you the best experience on our website. Click on the 'X' to accept our use of cookies, or 'Learn more' for more information. Learn more