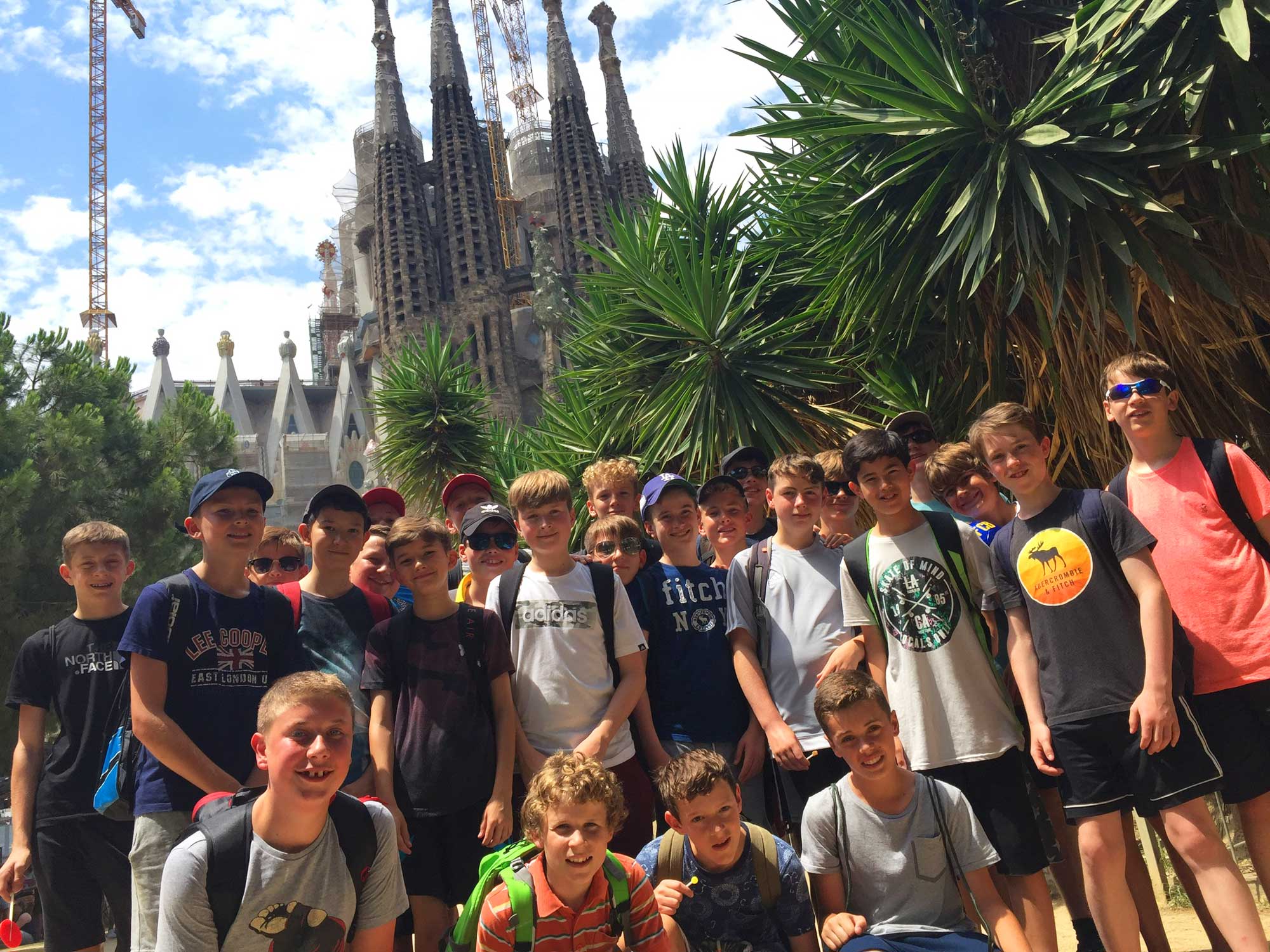 For a number of our Modern Foreign Language students, the summer break started with a trip to Europe that enabled them to improve their language skills among native speakers.

Our Year 8 Spanish students  enjoyed four days in the Spanish sunshine, when they headed out to Barcelona. On their first morning, the boys visited La Sagrada Familia – one of Antonio Gaudí’s many marvels – and enjoyed an interactive quiz before 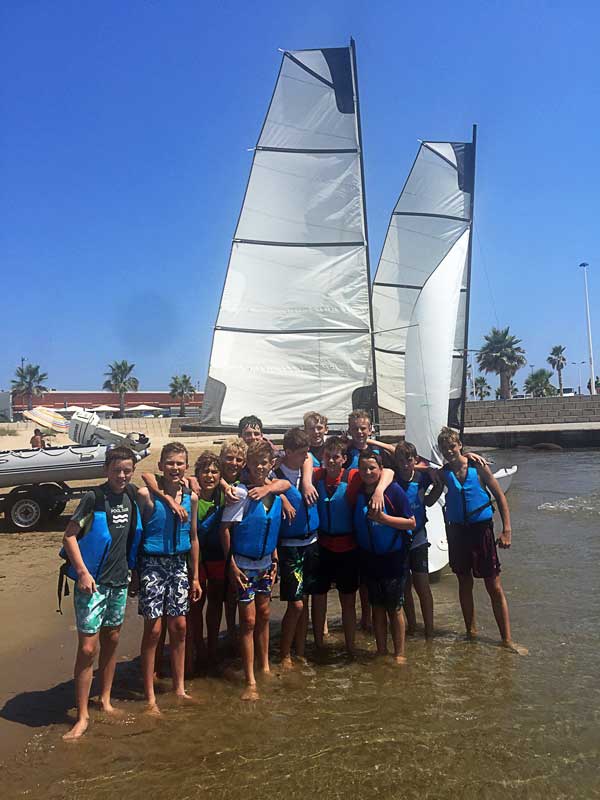 touring the cathedral and gazing up at its incredibly high and beautiful tree-like pillars, and glorious stained glass windows. After posing for a photo with the splendid cathedral in the background, it was time for a picnic lunch at Parque Miramar – a park with stunning views over the city’s dockyard area. In the afternoon, the group visited F.C. Barcelona’s world-famous Camp Nou stadium, which, with its capacity of just under 100,000, is the largest stadium in Europe, and the second largest in the world! After a delicious dinner, they then admired La Rambla, Barcelona’s most famous tree-lined pedestrian mall. The second day was spent at the beach, practising watersports – with a delicious tapas dinner to round out the day.

On Day 3, the group visited Montserrat, a multi-peaked mountain range just outside 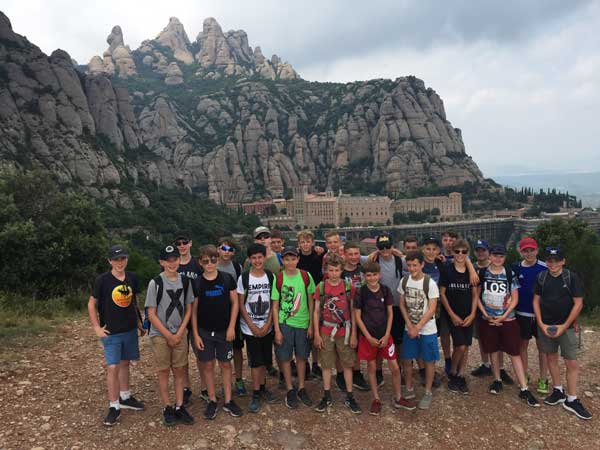 Barcelona, which is the site of the Benedictine Abbey, Santa María de Montserrat. They then visited the Torres vineyard – one of the most famous producers of wine in the world, dating back to 1870. The pupils enjoyed a refreshing glass of grape juice called ‘mosto’. The day ended with a delicious paella dinner – and the football, with the group sadly realising that football wasn’t ‘coming home’, as was the hopeful theme tune for the boys throughout the visit to Barcelona. Maybe Euro 2020…?! On the final day of the trip, the Year 8s visited a local fresh food market in nearby Vilanova, had a relaxing drink in one of many cafes in the small town, and a pleasant stroll down to the Don Miguel de Barcelona statue, before returning home. – Mr Starr, Spanish teacher

It was on a lovely sunny morning at the civilised time of 9.30am that our Year 9 and 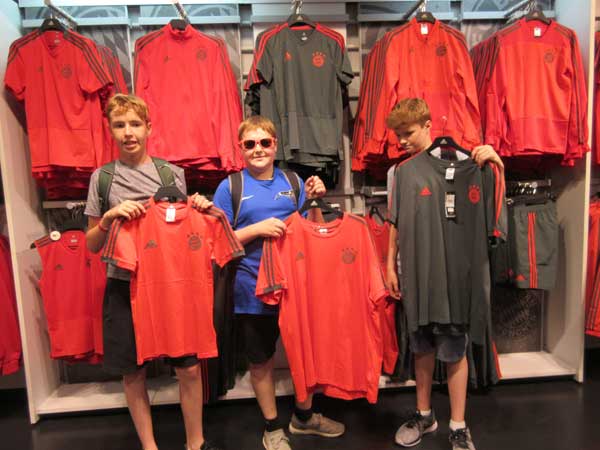 10 German group met up for the language study tour to Munich. A lot of the boys had never been to Germany before, so this was going to be a new experience for them. It was with delight that the boys arrived at the fantastic youth hostel at the centre of the city. It had everything a lively group of boys could want – big garden, table tennis and table football outside and a games room in the cellar. The planned DVD in the evening was not necessary or desired in the rush to enjoy the facilities in the sun!

The following days were hectic for the group. Language lessons in the morning, which proved very challenging, followed by cultural visits in the afternoon, including the Expressionist Art gallery, the Allianz Arena (is that culture?!) and the fairytale 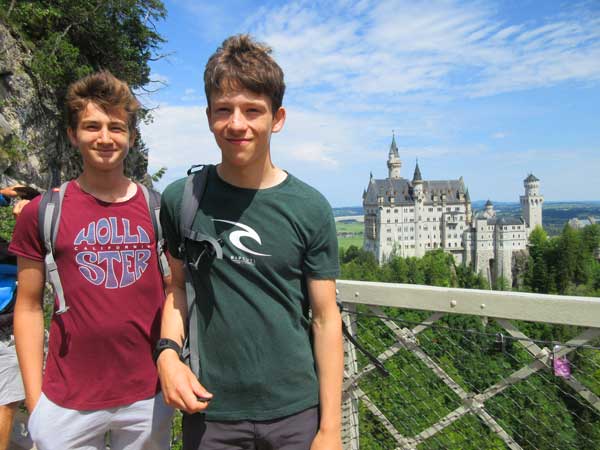 castle of Neuschwanstein. One evening activity had to be postponed due to the desire of many to watch the football, but the group also managed to fit in a visit up the TV tower at the Olympic Park and bowling at a local centre. The final day involved a more relaxing afternoon at an outdoor swimming pool – shared with the local ducks! – Mrs Head, Head of German 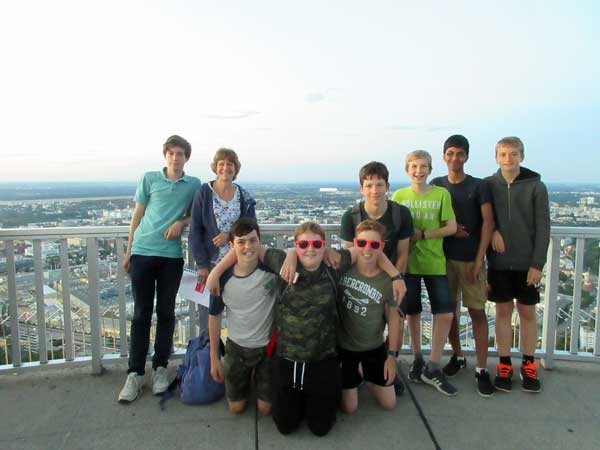 A clean sweep at Reading Town Athletics Championships Top new rowing coaches join Blue Coat Boat Club
Book an open event Apply online Keep exploring
We use cookies to ensure that we give you the best experience on our website. Click on the 'X' to accept our use of cookies, or 'Learn more' for more information. Learn more