The last week of term is often a hectic one, and this year has been no exception. With assemblies, presentations and end-of-season fixtures, the atmosphere at Reading Blue Coat has been similar to that of a bee hive; utterly buzzing!

Tuesday evening saw the return of Swing Into Summertime, arranged by Mr Meehan for the first time. He did an absolutely spectacular job of organising the hundreds of pupils, staff and members of the community who took part.

Comperes Will Dean and Sam Norrington, both of Year 9, introduced themselves and welcomed guests to the marquee on the Back Lawn, as hundreds of staff and parents settled in and made themselves comfortable.

Opening with O Fortuna, The RBC Orchestra set the tone fantastically. In a word, it was EPIC; the 36-strong group wowed the audience from their first note, and what followed was incredible. Next up, and to bring the guests back down to earth, was Year 8 Adrian Yip’s rendition of Chopin’s Nocturne op.09, no.2. It was beautiful to hear, and Adrian was note-perfect.

Next up was a particularly good soloist, both vocally and on the piano. Year 10 Owen Pugh performed Elton John’s Piano Man, which suited his voice down to a tee. With the Piano Man movie now in cinemas, the directors missed out on casting Owen as the piano man himself! The Guitar Ensemble followed, and they strummed and plucked their way through a piece written and directed by guitar teacher Mr Higgs. He titled the first movement of The Riddle of the Sphynx, ‘Four Legs’ as this describes the first part of the riddle of the mythical creature.

Popularised by Monty Python’s Flying Circus, the 17 members of the Concert Band executed The Liberty Bell, which made for a truly impressive blast from the past. Again, to bring things back down to earth was Year 12 Emily Aldridge, who sang a solo version of Alfie by Burt Bacharach and Hal David. Recorded by the likes of Cilla Black and Dionne Warwick, Emily’s version was easily my favourite.

The first of the Year 13 leavers to perform was Delfina Petersen who was accompanied by Kieran Jones of Year 11. Singing Es Por Ti by Columbian musician Juanes, Delfina’s rendition of the Latin American song was beautiful and the fading sun offered an ideal setting. Once she had finished and left the stage to rapturous applause, the Year 9 Band was up with their performance of Neil Diamond’s I’m A Believer. Re-popularised in 2001 by the film Shrek, the boys did a sterling job at covering the song with their own flair and style in abundance.

Nova, fronted by Anoop Sira of Year 7, was the next group on stage and they started with Parklife by Blur. Anoop’s stage presence was just perfect and he demanded and deserved such a brilliant response from the audience. Anoop was joined by Henry Hawes and James Davis, both of Year 8, to sing Hallelujah. Between them, the boys contributed to an astoundingly emotional cover of the popular song, which also happens to appear in Shrek…

As a preamble to the next musical performance, Dominick Wheeler and Isobel Jones of Year 12 and Daniel Fenton of Year 9 acted out a comedic sketch of Pachelbel meeting with two admirers who only know his most popular piece of music, the Canon. Their characterisations and mannerisms made for a truly hilarious 5-minutes and it certainly showed Pachelbel to be the diva we all hope he really was.

Harry Luff and Daniel Perkins of Year 7 and Barney Pawson of Year 8 made up the Violin Trio, who were accompanied by Cellist Finn Wyatt and Continuo Tom Bruce. They put their bows together to the tune of Pachelbel’s very popular Canon in D. The boys, according to Director of Music Mr Meehan, were technically perfect in posture and stance, and this contributed to their piece sounding so good.

Year 8 pupils Jake Pawson and Michael Stent, along with Year 9 Ben Jones and Year 10 Guy Barwell, made up the Brass Quartet, and delivered a Rachmaninoff-style Gallop by Richard Addinsell, who would certainly have been in awe of these boys’ talents. The Community Choir came afterwards, and performed From A Logical Point of View by Robert Mitchum. The light-hearted calypso was such fun to listen to and it was clear to see that the members of the Community Choir were having a great time too.

A short interval followed the Community Choir, and guests were encouraged to take advantage of the refreshments on sale by Sodexo, in order to help raise money for a charity close to the heart of Reading Blue Coat, Brass For Africa.

The Jazz Cats welcomed guests back from the interval, with the popular Watermelon Man and Woodchopper’s Ball. Both pieces, though slightly different, gave parents and pupils a real taste of the talent here at Reading Blue Coat. The Year 11 Band were up next, with an indie classic by Two Door Cinema Club. Archie Norton, Kieran Jones, Will MacKean and Jonny Lille did a brilliant job, and I can certainly see them appearing in the next issue of NME.

The Year 10 Band were close behind, and performed Eric Clapton’s Tears in Heaven. Bentley Bradley, Owen Pugh, Oscar Mannering-Smith and Will Lightning put their instruments and voices together to achieve a really successful rendition of the absolute classic. After this came the Girls’ Quartet, made up of Year 12s Alex Raison, Emily Aldridge, Em Quinton and Skye Carter. This was one of the most successful songs of the 1950s, and these girls delivered a very authentic performance.

The Treble Choir, made up largely of Lower School boys, sang John and Michelle Philips’ California Dreaming, which suited their vocal ranges perfectly. While this song has been covered by the likes of The Mamas and Papas and The Beach Boys, our own boys’ version was fantastic and certainly blew the original out of the water.

Next onto the stage was the RBC Big Band, and with over 20 members, it was just that! The band performed the Blues Brothers Revue, arranged by Jay Bocook. With Mr Meehan conducting, the group did fantastically well. They moved onto their second piece of the evening: a reworking on Jason Mraz’s I’m Yours. Mr Meehan arranged the big band version of the modern acoustic love song, and what an arrangement it was! The original paled in comparison to this rendition, and Bentley’s vocals were spot on.

Once the audience had calmed down again, and members had returned to their seats, Alex Turvey took to the stage to perform the first of two Farewell Solos. His was a trombone solo of a Nature Boy, originally recorded in 1947 by Nat King Cole, which certainly impressed the audience. The last of the Farewell Solos came from singer Luke Marino who gave a brilliant version of Pasek & Paul’s Requiem, from The Greatest Showman. His was a very emotive song, and definitely had some audience members reaching for the tissues.

Finally, the performance that the whole evening had been leading up to. Listed on the programme as the ‘Epic Finale’, no one knew who to expect to take the stage, so when over 60 members of the Blue Coat Community took their places on the stage, the anticipation levels rose. The combined force of the Community Choir, the RBC Big Band and other performers from earlier in the evening was so impressive, and to see so much talent on one stage was incredible. They performed Elton John’s Your Song, and it was certainly the cherry on top of an amazing night of live music.

Director of Music, Mr Richard Meehan, did such a brilliant job of organising over 100 musicians and 28 individual performances. To be able to jump from one song to the next, and one band to the next, can be no easy feat, but Mr Meehan, along with his colleagues in the Music Department, talented pupils and dedicated teaching staff, utterly brought the house down with a night of truly incredible music and performance. 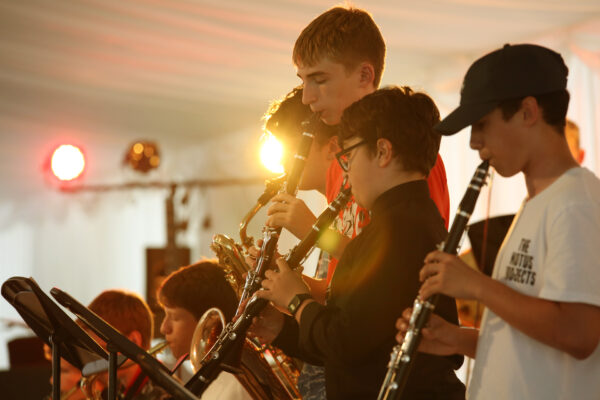 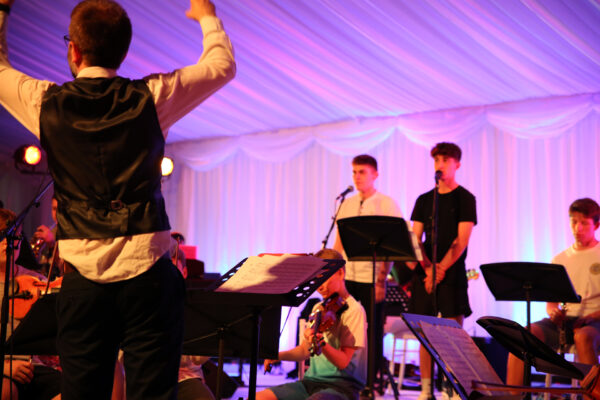 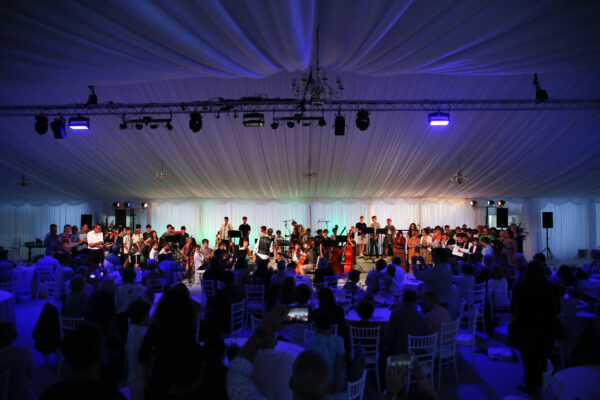 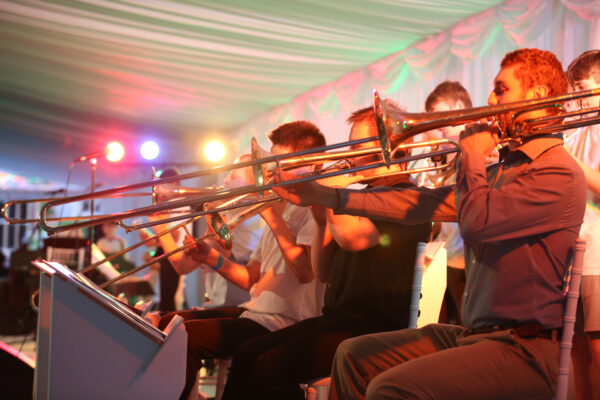 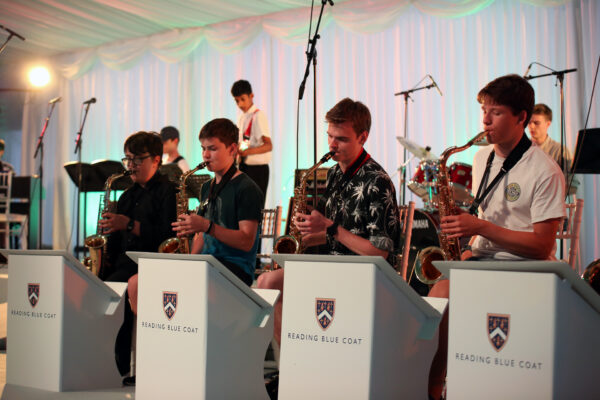 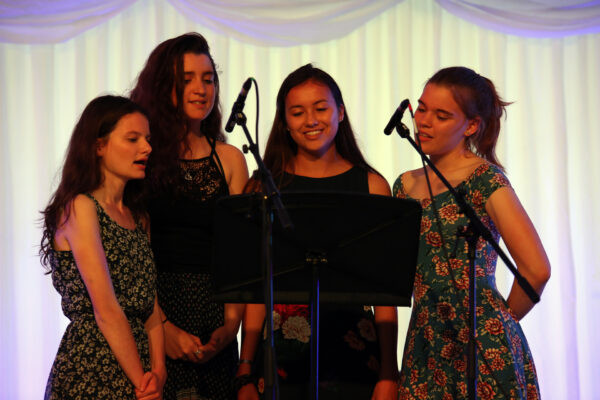 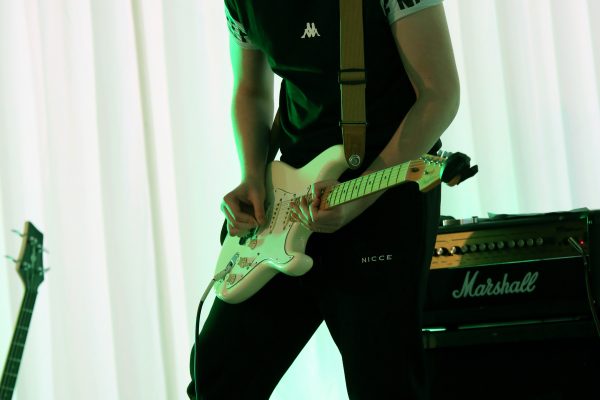 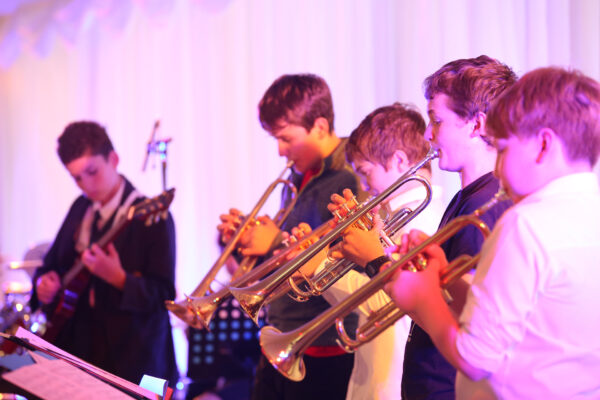 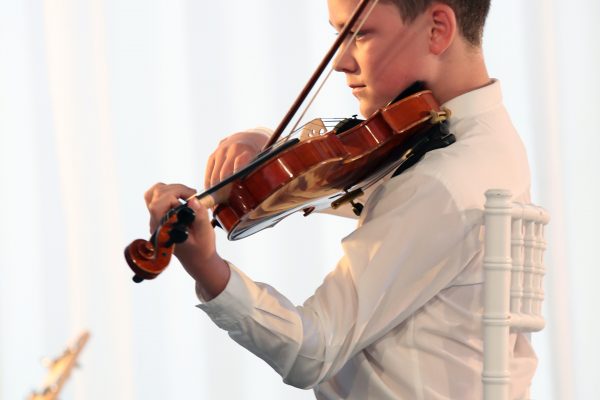 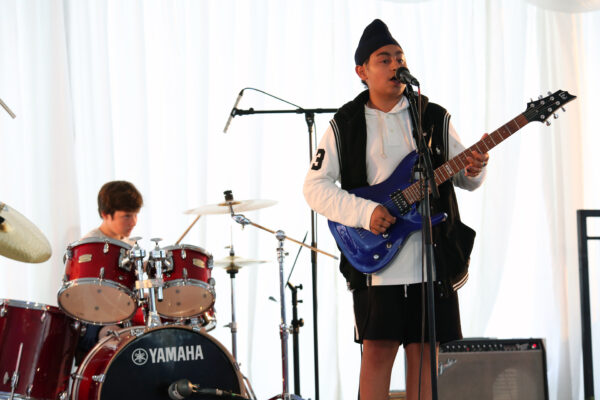 A Midsummer Night’s Dream Review Year 13 Pupils achieve record EPQ results amid all-round good grades!
Book an open event Apply online Keep exploring
We use cookies to ensure that we give you the best experience on our website. Click on the 'X' to accept our use of cookies, or 'Learn more' for more information. Learn more