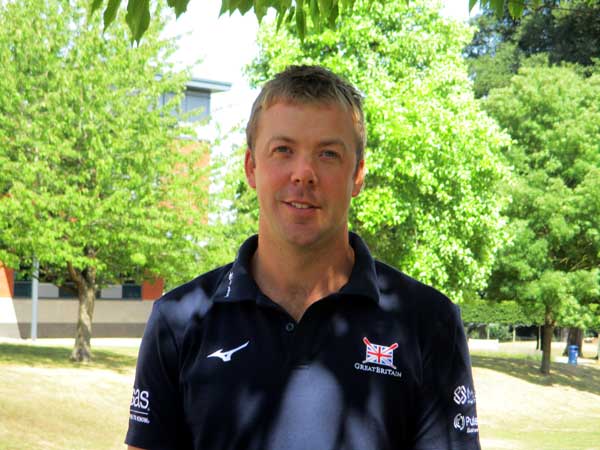 We are pleased to  announce that Allan French – previously Women’s Head Coach at Oxford Brookes University since 2012 and coach of this summer’s GB U23 World Championship’s Women’s Eight – is to take over as Head of Rowing from September. He will be joined by Tim Liversage, who is currently Lead J15 Coach and Boatman at Hampton School, and a Team Manager for England rowing, where he has led the Junior Men’s sweep group since 2015.

Allan’s development of the Oxford Brookes women’s program saw them attain GB High Performance Programme status and, under his guidance, have developed into the strongest squad to date, winning a number of events including Senior and Academic Eights at Henley Women’s Regatta, and have become British and European University champions. At this year’s Henley Women’s Regatta, 23 Oxford Brookes athletes raced on finals day across a number of disciplines and events, one of the Eights – coxed by Blue Coat alumna Aisling Humphries-Griffiths – won the Academic Eights race for the first time in club history.

Allan has guided a number of athletes to international representation and, in the summer of 2016, he coached the GB Women’s Four to a bronze medal at the FISU World University Championships, and took the U23 Lightweight Women’s Quad to fifth place at the 2017 U23 World Championships.

According to Allan: “I am extremely excited to be appointed as Head of Rowing at such a fantastic school and I look forward to working with the pupils, parents and staff in guiding the boat club forward.”

“Rowing at Reading Blue Coat provides a great opportunity to be involved in a brilliant sport and, in my new role, I want to support and encourage pupils to gain everything they can from their rowing, and to enjoy participating and competing at all levels”

Allan adds: “I feel in Tim we have found someone who will perfectly suit the role, and who will add a lot to the team we have at Blue Coat this coming year.”

Headmaster Mr Elzinga is “delighted” about the new team that will run the Blue Coat Boat Club from September.

“We are very fortunate indeed to have had the opportunity to appoint Allan French as Head of Rowing, who has been part of the incredibly successful outfit at Oxford Brookes for a number of years”, he says. “He has the experience, vision and resolve to drive the Blue Coat Boat Club forward in its next chapter.”

He adds: “Allan will be ably assisted by a new Assistant Director of Rowing and Boathouse Manager, Tim Liversage.  Tim returns to Blue Coat having previously been our Boathouse Manager.  He was highly regarded when he left us, and is now even more qualified and experienced. Together, Allan and Tim are a superb team and I know that they will do great things for our Boat Club in the years to come.  I know that the rowers and their families will extend a warm welcome to them, and we expect a seamless transition from September.’

Summertime language trips to Europe help with fluency Leavers complete charity cycle ride from Land’s End to John O’Groats
Book an open event Apply online Keep exploring
We use cookies to ensure that we give you the best experience on our website. Click on the 'X' to accept our use of cookies, or 'Learn more' for more information. Learn more