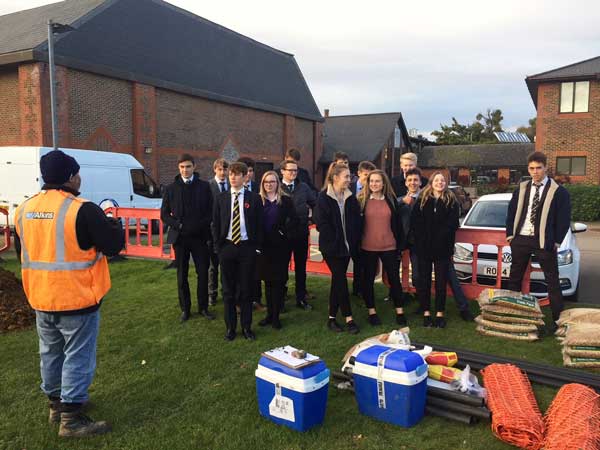 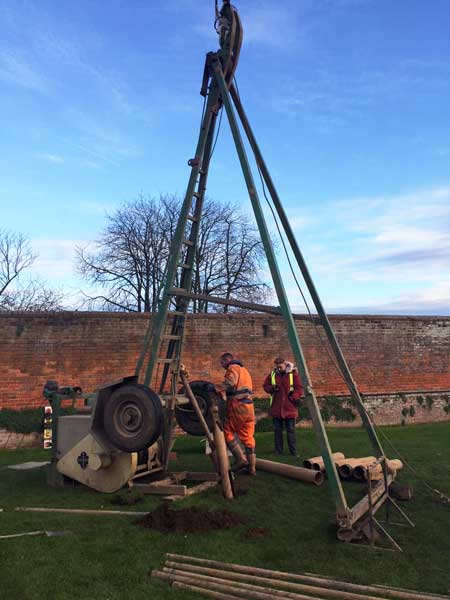 followed by his degree in Applied Geology and a Masters in Engineering Geology. He said that there is plenty of work for our upcoming geologists in the field of Engineering Geology and contaminated land. The students watched him conduct standard penetration tests with a 65 kilo weight and he showed them some clay core. He intended to sink to 8m deep to assess the subsurface for drainage so that the area can be used more effectively. – Mrs Finucane, Head of Geology
Year 9 musician plays Last Post at local care home Blue Coat hosts Berkshire Schools U12 Rugby Festival for 11th year
Book an open event Apply online Keep exploring
We use cookies to ensure that we give you the best experience on our website. Click on the 'X' to accept our use of cookies, or 'Learn more' for more information. Learn more